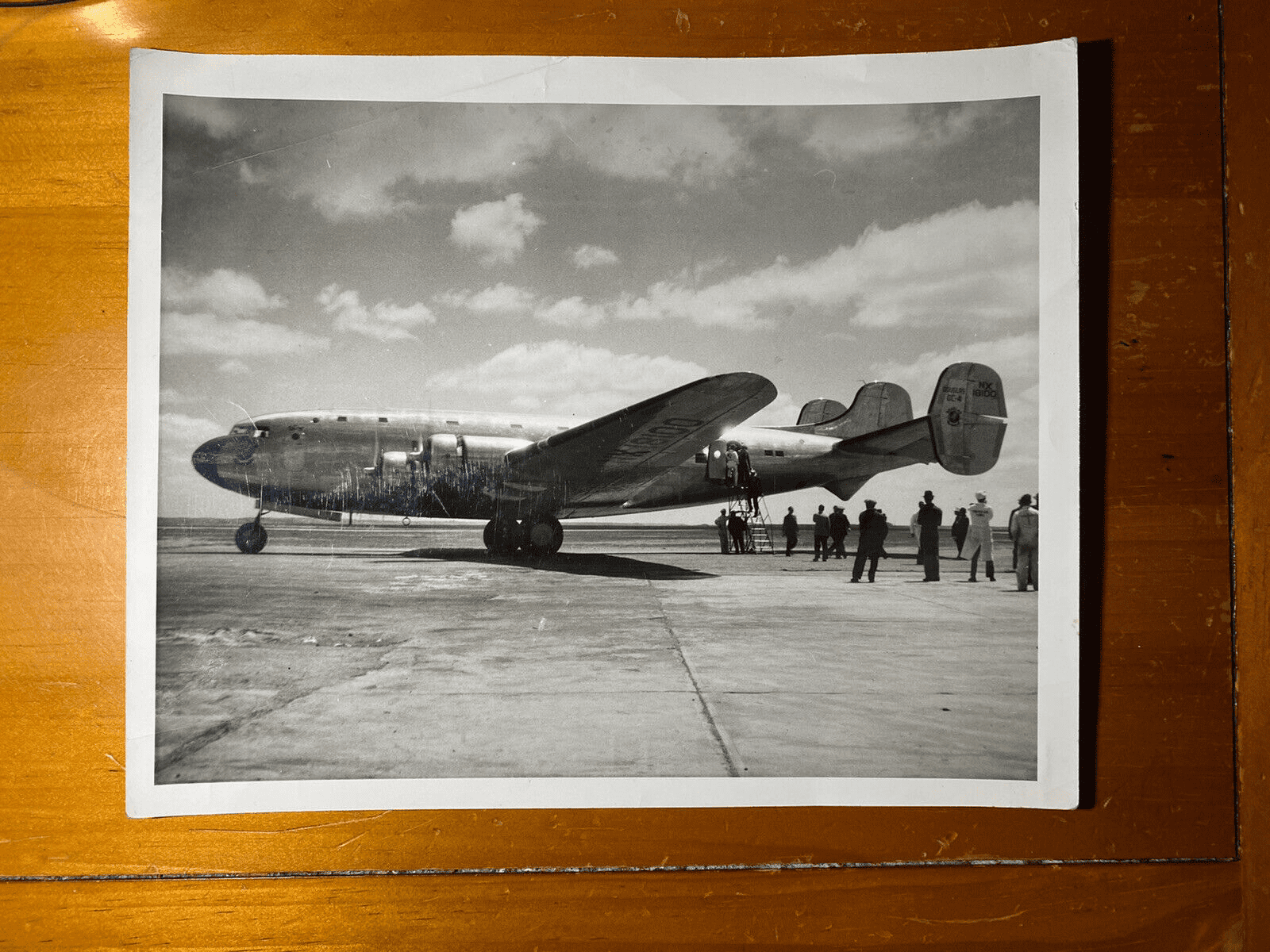 Actually, pre-war DC-4E (for Experimental) was developed at the same time as the DC-3. Though quite advanced, and backed by the major airlines, in service trials (many carrying passengers, including Orville Wright), it and the R2180 Wright engines proved difficult and costly to maintain.
It was sold to Nippon Airlines, and was used as a model/prototype for the Nakajima G5N "Liz" bomber, which was not produced beyond 6 prototypes. The DC-4E was given the Allied code name of "Trudy."
Douglas ignored the prior use, and the simpler DC-4/C-54 Skymaster served with distinction in military and post war civil garb.

I never knew there were two different DC-4s.

The first was a twin engine, counter-rotating pusher prop. Like the DC-4E, it was projected to be higher performance, but more of a maintenance hog.

I believe the reference for this is wrong. It shows the aircraft delivered in 1940 and eventually dismantled. The "JAPAN MARITIME SELF-DEFENCE FORCE" did not come into existence until the 1950s.

The first was a twin engine, counter-rotating pusher prop. Like the DC-4E, it was projected to be higher performance, but more of a maintenance hog.
Click to expand...

This was an artist conception of a civilianized XB-42.

FLYBOYJ said:
This was an artist conception of a civilianized XB-42.
Click to expand...

Actually, a new design with very few parts commonality. If you compare the two, not only is there a big size difference, but none of the component parts are the same, and wing is low wing, vs. shoulder wing.

It was well advanced in the design process, with pre-production tooling started.

The sky was the limit in that era. Consider the Boeing 306 and the Northrop N100 flying wing airliner. The latter even had a cabin mockup, and a nuclear powered design study with a 12,000 mile range ... enough to connect any two points on Earth.

Good shots!
You must log in or register to reply here.

M
The One and Only Douglas C-41