I 'm looking to do aircraft flown by Capt Tom Lynch. I have a sheet from Superscale for his -H but it needs a few corrections or additions.
Dave

Nice. But please add the required info to the post above, You may check on other GB threads what there should be.

Lots of nice little fiddly add-on's for this on, nice to see another lightning as well Dave.

Background
Thomas J. Lynch was born December 9, 1916 in Catasauqua, Pennsylvania. Nicknamed "Tommy". During 1940, he enlisted in the U.S. Army Air Corps (USAAC) as an aviation cadet and completed flight training and earned his wings then was commissioned as a 2nd Lieutenant with serial number O-388066. 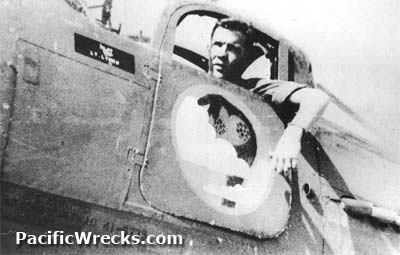 ​
On May 20, 1942 took off piloting an Airacobra over Port Moresby and claimed his first two aerial victories over Waigani. On May 26, 1942 took off from Port Moresby to intercept Japanese planes and claimed his third aerial victory over Mount Lawes. On June 16, 1942 took off piloting P-39 Airacobra and was bounced by a pair of A6M2 Zeros from the Tainan Kōkūtai (Tainan Air Group). Although he managed to escape, another four Zero intercepted damaging his plane. Unable to return to base, he bailed out and broke his arm, but returned to duty.

Wartime History
Assigned to the 5th Air Force (5th AF), 35th Fighter Group (35th FG), 39th Fighter Squadron (39th FS). No known nickname or nose art. Both engine cowlings were painted with shark mouth markings. This aircraft operated from 14 Mile Drome (Schwimmer) near Port Moresby. This P-38 was flown by several pilots including 1st Lt. Thomas J. Lynch, Fred Shifflett and Walters. On the side of the nose was a scoreboard with ten Japanese flags indicating victory claims by pilots.

Following info from Pacific Wrecks.com.
On December 31, 1942 this aircraft was flown by 1st Lt. Thomas J. Lynch, along with twelve other P-38s escorting A-20 Havocs, B-25 Mitchells and B-26 Mauraders on a bombing mission against Lae Airfield. Lynch made several passes at Oscars and Zeros, shooting one down that crashed into the water.

Here are a couple of images of Tommy Lynch's 42-12715 from a build that Steph did a few years ago. Unfortunately I haven't found any photos with the white 19, only photos that I have found are white 10 which was a -H model.

Nice choice Dave
As you know, it exists a photo of "white 19" but taken from the right side so impossible to say with certitude that is 42-12715.

The only thing we "know" (read in some books but I don't remenber which) it's that "White 10" was the 39th FS O.C.'s mount and it was the case for Lynch but from late in March 1943. The photo with "White 10" SN42-12859 was taken after his 10th victory on 8 May. So before this date, he flew with other "numbers". The info regarding "white 19" flown from late December 1942 to early March 1943 is from an extract from a book sent by email by a person on Hyperscale forum there is several years ago. I also found this information on the web where the website condensed all aircrafts flown by PTO Aces... But I can't find this website in my favorites or the website doesn't exist anymore.

Step 1, in order to use the Eduard Brassin gun bay requires you to saw apart several of the nice kit parts. And with the resin in the nose instead of the ball bearing I will need to add more weight to the front of the booms. The toughest part is getting the nose wheel walls correct in the front, I had to sand a couple of mm off of the front wingspan piece to get the resin gun bay to sit low enough in the nose.

I think I will change my mind and go ahead with this one instead. P-38 G-5 42-12859. A good photo for reference was found in Lightning Strikes by Steve Blake, and looking at the photo, the forward spinner was painted a color, most likely the blue used on 39th FS aircraft.

Next part, prep the panels for the Quinta parts, this involves taking a sanding stick to the raised surface detail, making everything flat to allow the quinta panels to adhere properly.

Up and running. Nice.

Good start and looking forward to the detail bits.

Looking forward to the butchery

Sprayed the interior bits, for the early P-38's I made a mix of 50/50 Model Master Interior green and Testors Zinc chromate yellow.

Did most of the Quinta details. They are 3d printed vinyl instruments and panels with decal adhesive on the back. First I painted all of the areas for the decals Tamiya semi-gloss black. Then I applied the Quinta panels like normal decals, after dipping them in water I brushed Elmer's glue where they went and stuck them in position. When dry there were a couple of issues, the curved areas on top of the throttle box wouldn't stay curved around the plastic. I ended up using a touch of super glue on the bottom edge and pressed them down on the curved part until it dried. That locked them in the correct place. The other issue was that a white backing layer showed up around the edges of the black panels. A fine brush and thin black paint took care of that after 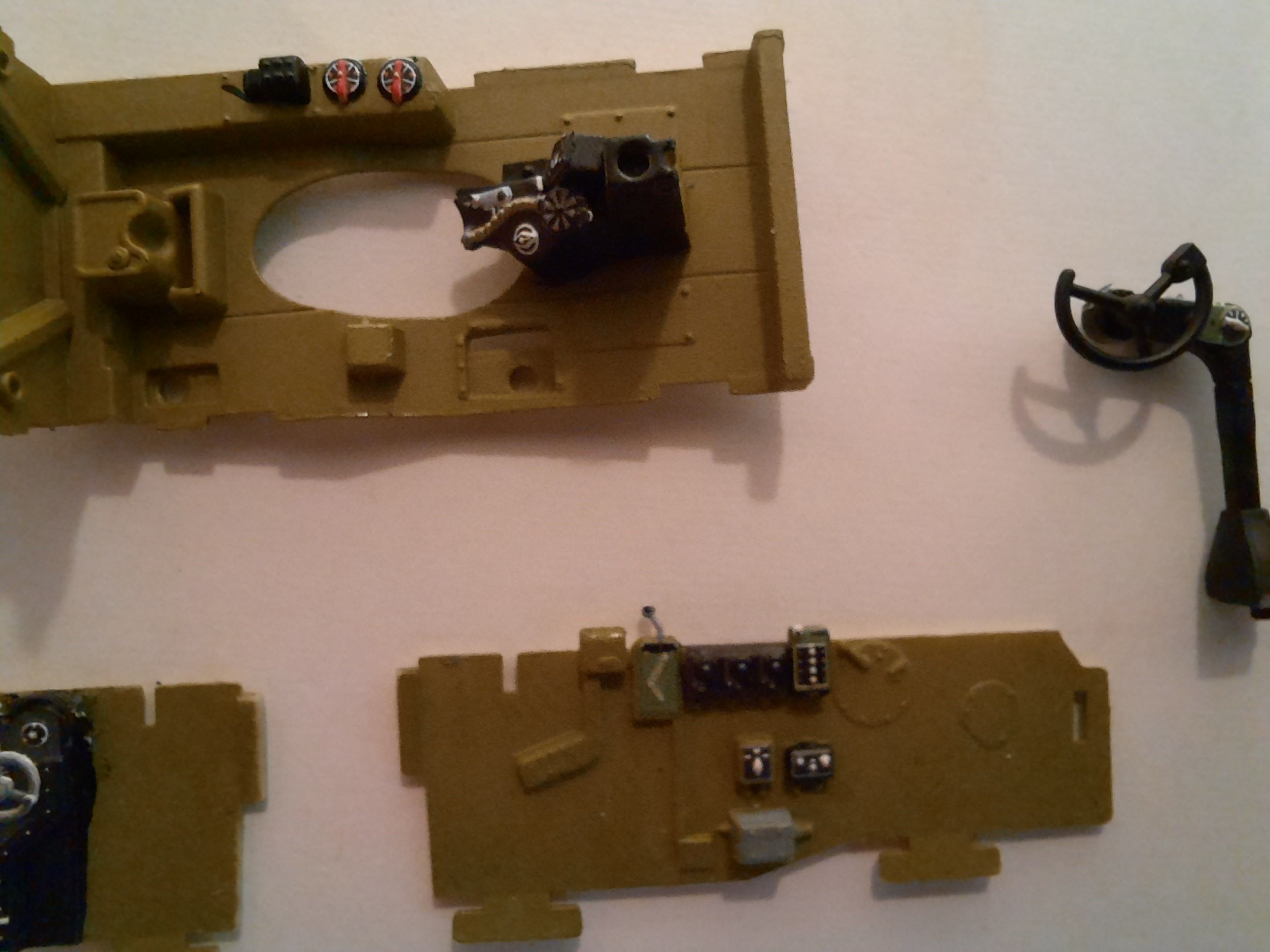 everything dried overnight. Here are some close ups. Bad lighting but you can see the details. 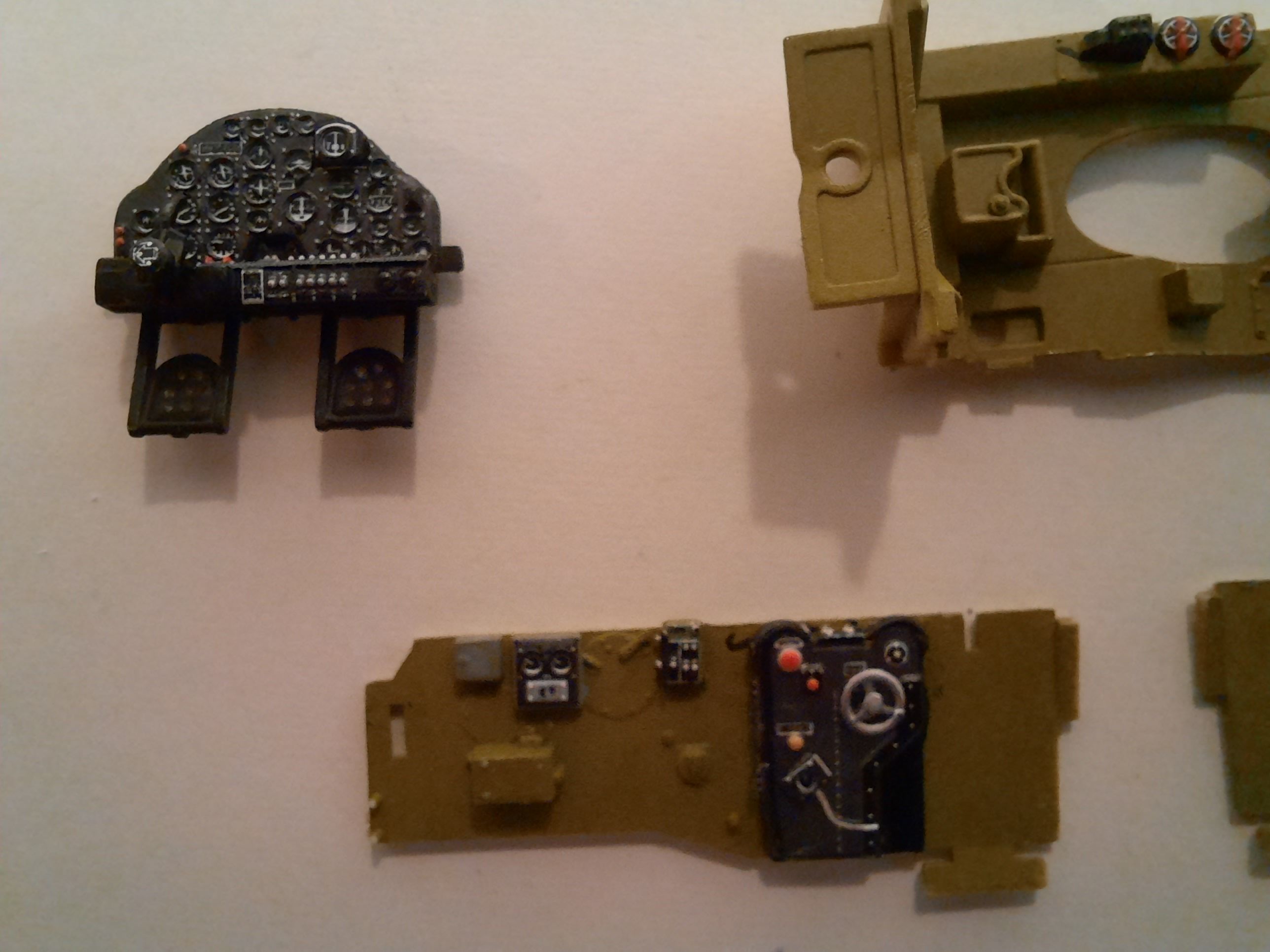 Yesterday at 9:31 AM
Airframes

Yesterday at 4:35 AM
Wayne Little