I was thinking about how unfortunate it was for the Tempest to be saddled with both the Napier Sabre and the Bristol Centaurus, not unlike the A-7 being inflicted with both the TF-30 and the TF-41.

How many Napier Sabres were flying a couple of years after WWII ended? I doubt there were any. I'd guess the Centaurus was better, although the lack of widely spares probably doomed it as well.

Charlie Hillard's Sea Fury was equipped with an R-3350, which I think likely was a factor in his unfortunate demise. The airplane must have been rather nose-heavy, and combined with those strong F-80 brakes, it went over on its back.

Ugh... why bother. Great engine but its not a Fury is it. If you dont have the money to do one properly
with the right parts, just - why bother. Do another plane.

I think I might hate it slightly less than a Buchon, because at least it looks the same, although the Buchon has the
cudos of being an "actual" plane (although I feel nauseous if I even see one, awful, awful things.)

I feel so bad being negative about a restoration which must have been immensely difficult and has produced
a pretty and usable craft, but I just cant bring myself to like or approve of it.

I`m afraid that if you have a plane you want to fly, but think the original powerplant is too difficult to get right,
just get a plane you CAN do properly, surely ?

Not to mention that resale value of such a thing will be drastically less than that of the "real thing". So surely
not even a sensible buisiness investment.
Last edited: Sep 2, 2022

MIflyer said:
I'd guess the Centaurus was better, although the lack of widely spares probably doomed it as well.
Click to expand...

Not so much lack of spares, aircraft maintenance doesn't work like that, more like very limited application for the Centaurus and Sabre, the latter far too troublesome to be worthy of continuation, far more reliable engines with same output on the market. The Centaurus' little brother the Hercules is evidence that support happens if there's a need for it, these were widely used post-war in lots of military and civil transports. Bristol Freighters were still active in New Zealand well into the 1980s.

Snowygrouch said:
I feel so bad being negative about a restoration which must have been immensely difficult and has produced
a pretty and usable craft, but I just cant bring myself to like or approve of it.
Click to expand...

You're not the only one, Calum; forums are littered with people screaming out that Buchons are a purist's nightmare and that a true Sea Fury shouldn't have an American engine, but the reality is, when it comes to these things, money is an insurmountable issue. I think it's bold of someone to bring back a previously extinct example of an aeroplane, even if it doesn't have the right engine, simply because, regardless of the engine, you are rewriting every sort of operations manual for the thing, new maintenance, new procedures etc simply because a lot of times these aircraft are setting a precedent in the modern aviation environment. The legislative side of things is easily bypassed if the type has been on a civil register before, which saves a heck of a lot of money down the line, for example, here in New Zealand, getting those Mosquitoes onto the register was easy since civil Mossies had operated here before, the same with Bill Reid's Anson Mk.I.

One key aspect of changing the engine type in a warbird is serviceability. Virtually everyone who has operated an original DB engine in a Messerschmitt airframe (including Buchons, which strictly speaking are Messerschmitt airframes) can attest to the headache that these engines represent from a maintenance and reliability standpoint. They're really troublesome. Merlins are not and it is far easier to get parts for them. The flyable Bf 109E that was active in the USA years back came to the UK has been holed up in the Biggin Hill Heritage Hangars for years now, with no finish line in sight. The DB engine has gone back to Mercedes and is undergoing work while the airframe sits inactive as it has since it arrived. apparently you can post photos online of it now, according to FB... 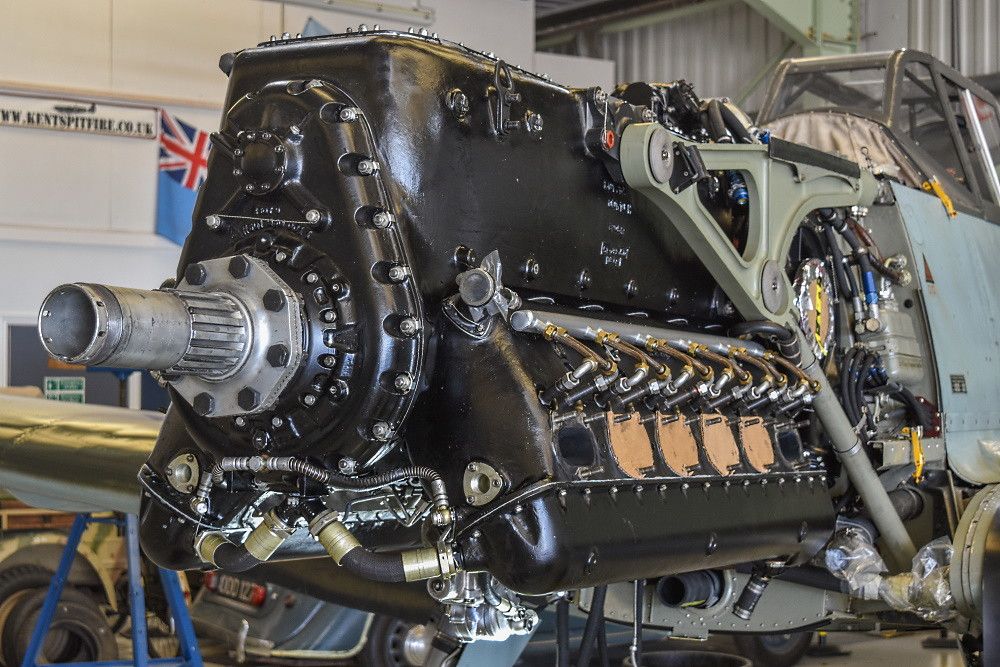 Personally, I like the Buchon. It represents a favourable extension of the airframe's development, which, clearly the type IS a Bf 109 (I have had this argument with lots of people and can provide lots of examples of why - that main gear, for example is not like any other), simply because the Merlin is reliable, easy to maintain and it adds a distinct identity to the breed, but it retains those odd little Bf 109 quirks, like its heavily framed canopy, that undercarriage and its general look aft of the firewall. Horses for courses, though. One man's ugly duckling is another's beautiful swan... 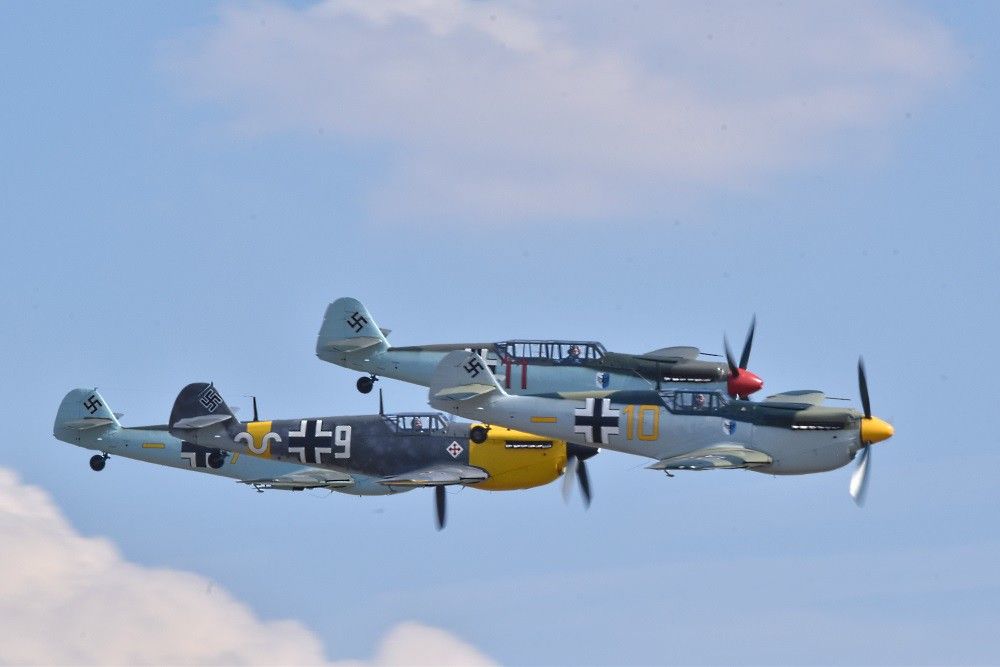 nuuumannn said:
Not so much lack of spares, aircraft maintenance doesn't work like that,
Click to expand...

Well, I think a support base of spares, service engineering assistance, and trained mechanics is Very Much a factor. And the Centaurus did not have that. As for the R-2800, in the 1970's an outfit was solving the problem of there being no new R-1340 spare jugs by taking the plentiful R-2800 cylinders and cutting them down to fit on an R-1340 case, creating a "super" R-1340 that had the better alloys and features of the R-2800.

The guys at American Aero told me that restoration outfit in Minnesota is putting together an F-82. I pointed out that late model two stage supercharged V-1710 has a terrible reputation and they said the restoration facility will be building up the engines, too, even manufacturing new parts. T'was I, I'd be tempted to put in two Merlins and make a P-82. But then again the number of Merlins that can turn the correct direction is very small, only one at last report, and that is on the sole surviving XP-82.
M 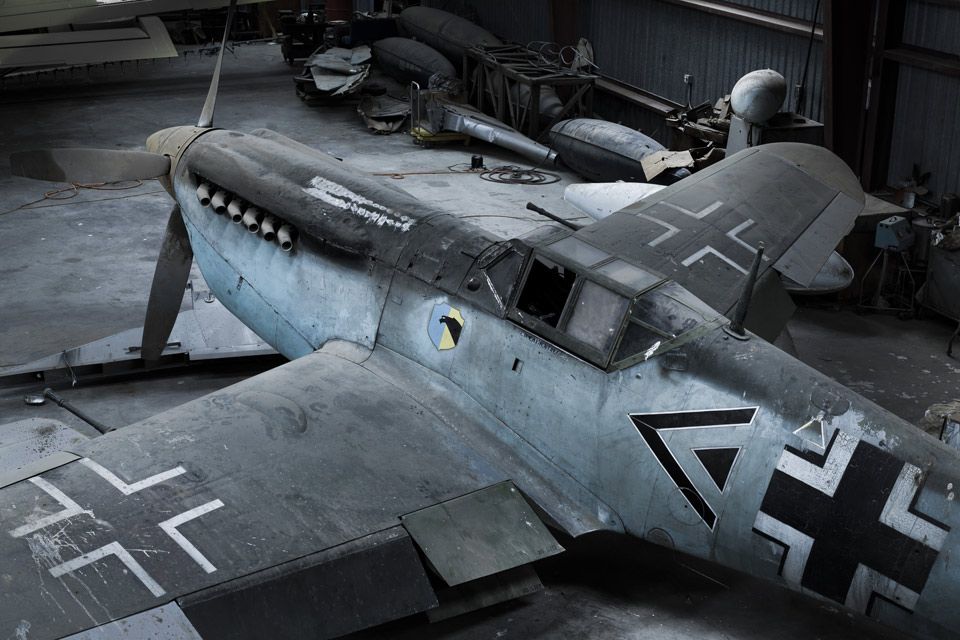 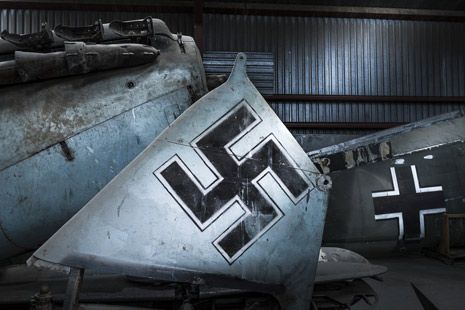 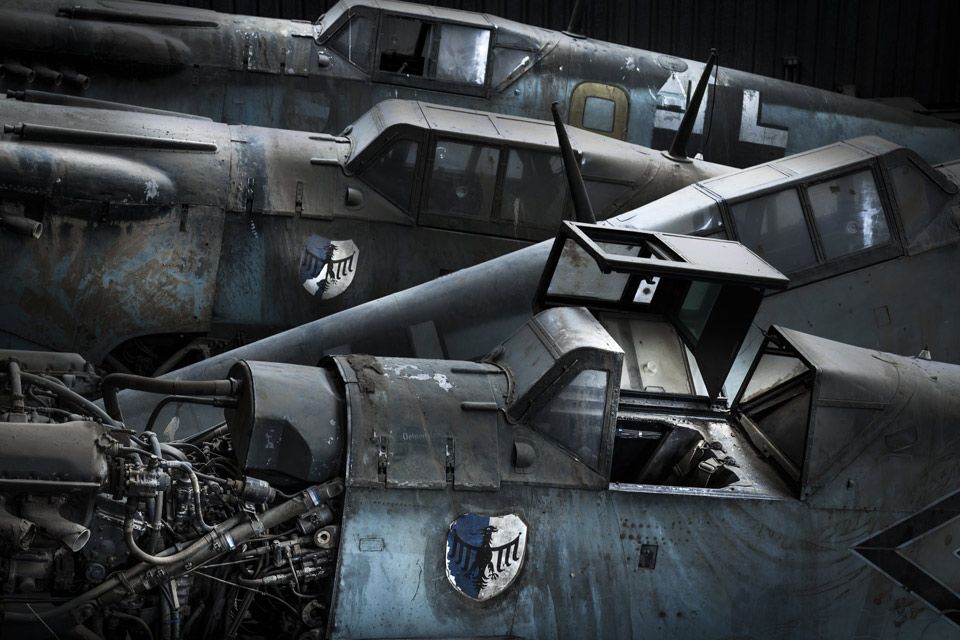 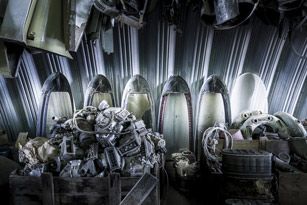 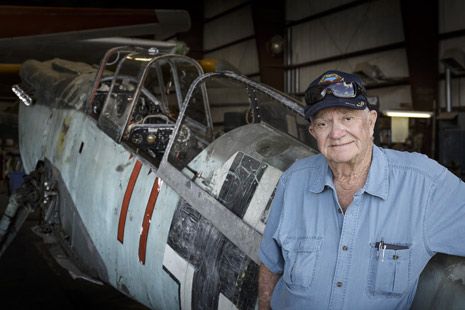 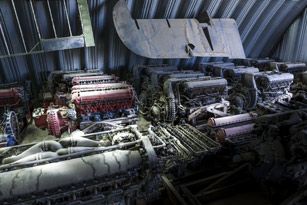 MIflyer said:
Well, I think a support base of spares, service engineering assistance, and trained mechanics is Very Much a factor. And the Centaurus did not have that.
Click to expand...

So, you're saying all the operators of the Sea Fury withdrew theirs because of a lack of spares and poor maintenance? I call BS on that.

The Centaurus was not widely used post war. The older Hercules was still being used in the 1980s, as I mentioned, because it was on a wider variety of aircraft and had manufacturer support over a longer period. D'you really think that had the Centaurus had wider application they would have just stopped using it because there was a spares shortage, or do you think the manufacturer would have made more spares for the operators? The Royal Navy, Canadian Navy, Australian Navy, Dutch Navy and Middle Eastern operators didn't suffer Centaurus spares shortages because they were supplied by the manufacturer. Once the engine goes out of use, then spares shortages come apparent, but not generally while it is in widespread circulation. You can't run maintenance like that.

But beautifully presented; those are superb photos.
M

nuuumannn said:
So, you're saying all the operators of the Sea Fury withdrew theirs because of a lack of spares and poor maintenance? I call BS on that

My two cents is that as long as it looks right that's fine by me. I would say it should also perform like the real thing too but that's pretty rare, with quite a few restorations of turbocharged planes opting not to get those working since they're not necessary in the conditions they're now flown in, not to mention no one flying these airplanes as heavily loaded as in WW2. Engine sounds are a lot like musical notes to me: I can tell you if two sound different, but I can't tell you if you're playing a C or a D, an R-2800 or a Centaurus. I know that's important to a lot of y'all and I'm not dissing it, but personally it just really doesn't matter to me, I'd just rather it be flying than parked.
S

FWIW & IMHO of course, the originals weren't great lookers either, even when give allied markings after being captured. As for the Buchons, they're neither better or worse looking that the originals, just a bit different. For my money, all the bitching down the years, ever since the BoB movie I'd say, about the Messers being the wrong type, jeez louise, get over it, we'd have never had the best movie ever made without them, end of story.
Back to the Ops post, I've been interested in this as it was at one time in New Zealand for restoration until its then owner Eric Hertz died in a plane crash. It ended up in Canada after being sold by his estate & has got to this stage & a first flight not too far away I'd think. For a lot of reasons as expounded above, the R-2800 makes good sense & if its the only way we can see this fly, I don't mind although the R-2800 doesn't come with a guarantee, the last Sea Fury to pile in was R-2800 powered.
S

The 1109 Buchons with the H-S engines looked better.
M