The RR Merlin based 27L Meteor became a widely used engine in British tanks. What about the 21L Kestrel and Peregine, did these smaller engines have potential for lighter or earlier tanks? And what of the Napier Sabre? As for other nations, would the Jumo diesels have tank applications? 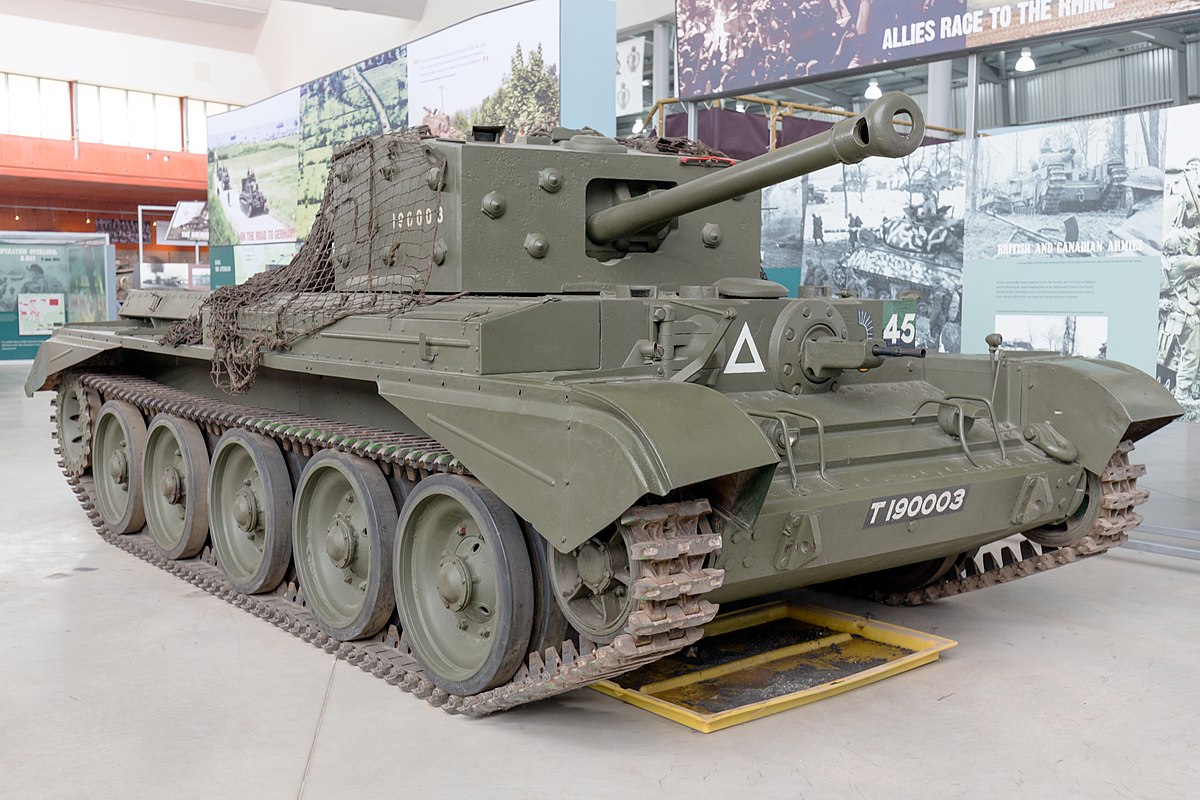 In October 1940, Robotham met Henry Spurrier of Leyland Motors to discuss British tank design. The Tank Board desperately needed a more powerful tank engine to replace the aging Liberty. Robotham and Spurrier decided to attempt to fit a refurbished and re-worked Rolls-Royce Merlin engine to a Leyland tank for testing. Design had three priorities:

The Jumo 207 may have made an interesting tank engine, as it shares a few similarities with the much later Leyland L60 installation in the Chieftain.
A

I like the idea of Britain finding a better tank engine that give the technical opportunity, even if designers and specifiers aren't ready, to abandon the infantry and cruiser tank categories and instead go with a medium tank for all roles.

The RR Meteor launched in 1941 generated about 550 hp @ 2400 rpm with a Merlin-like 27 L displacement. This is about half the hp of the Merlin then in service.

The RR Kestrel generated about 670 hp on 21 L displacement in the 1930s. It's not going to be exactly scalable to the Merlin-Meteor, but a Kestrel-based tank engine should generate at least 350 hp. We'd need to do a lot better than the Crusader's Nuffield Liberty 27 L V-12's 340 hp to make it worthwhile.
S

Admiral Beez said:
I like the idea of Britain finding a better tank engine that give the technical opportunity, even if designers and specifiers aren't ready, to abandon the infantry and cruiser tank categories and instead go with a medium tank for all roles.

The RR Meteor launched in 1941 generated about 550 hp @ 2400 rpm with a Merlin-like 27 L displacement. This is about half the hp of the Merlin then in service.

The RR Kestrel generated about 670 hp on 21 L displacement in the 1930s. It's not going to be exactly scalable to the Merlin-Meteor, but a Kestrel-based tank engine should generate at least 350 hp. We'd need to do a lot better than the Crusader's Nuffield Liberty 27 L V-12's 340 hp to make it worthwhile.
Click to expand...

The Kestrel operated at a lower level of boost and often on lower octane fuel, that is why the Merlin was de-rated, not only no supercharger but running on 80 octane fuel or less.

The Kestrel would have been running pretty close to the difference in in displacement at equal RPM.
in other words the Kestrel should have been good for about 78% of the power of the Merlin, or close to 425hp.

Some Meteors were rated at 600hp at 2550rpm and an equivalent Kestrel/Peregrine would have been good for around 460hp.

Now please remember that original engines in the German Tiger tanks were 21 liter V-12s and were enlarged to 23 liters for later production and for the Panther tanks.

One reason for de-rating engines was to get a longer overhaul life out of them. So adjust accordingly.

BTW an un-supercharged Kestrel was rated at 560hp at sea level for take off at 2375rpm. (throttle may be gated down).

Any idea of using the Sabre (or any part of it, like only one or two cylinder banks) should be flushed out of the brain immediately.

Maybe the Napier Lion. Un-supercharged the Lion and the Kestrel put out about the same power, but the Lion did so at a lower rpm. In terms of dimensions it was wider and taller but not as long. Weight was about the same. The Lion was also considered exceptionally reliable for the time (early- to mid-1930s).
E

I think the Merlin (as the Meteor) did a good job. Remember, the power was very much lower when you take away the supercharger and also run lower grade fuel, so it was in the bracket for MBT.
I don't think the perfect MBT engine was built. It should have been possible to design and make a better optimised MBT engine but, they do seem to have always been critically weak in some aspect, like power, fragility, short TBO etc?
The Meteor was perhaps a bit over-engineered in some respects but, it was well designed as an aircraft powerplant and that made it fairly good, if not overstretched in use.

I forgot about the SeaLion.

How about Napier Dagger VIII??


ThomasP said:
Maybe the Napier Lion. Un-supercharged the Lion and the Kestrel put out about the same power, but the Lion did so at a lower rpm. In terms of dimensions it was wider and taller but not as long. Weight was about the same. The Lion was also considered exceptionally reliable for the time (early- to mid-1930s).
Click to expand... 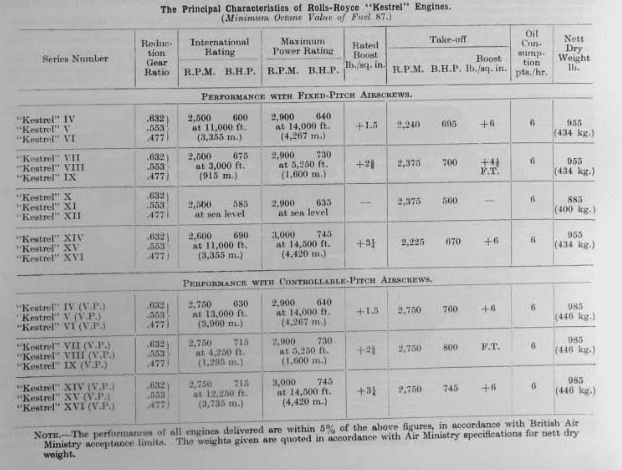 Yes Snautzer, there were lots of Kestrel versions.
Kes was too small for big tanks and would cost more than smaller Mil vehicles, even if rebuilt as a ground pounder with no supercharger etc at about 350bhp. On top of that, the reasonable Kestrels were rebuilt into later engines, so I don't think there was a huge reserve of engines to convert and RR were flat-out with the Merlin. IMO, the availability of good (ground) use Merlin parts after the BoB period helped the Meteor evolve a lot. Later, RR were fortunate to have the Meteor to swop with Rover for the Whittle jet-job!

The Kestrel was certainly too big and expensive for small tanks, RR didn't know how to build cheap engines.

The Meteor came about when some Whitehall Warrior/s decided that British cruiser tanks needed 20hp per ton and thus a 30 ton cruiser needed a 600hp engine. 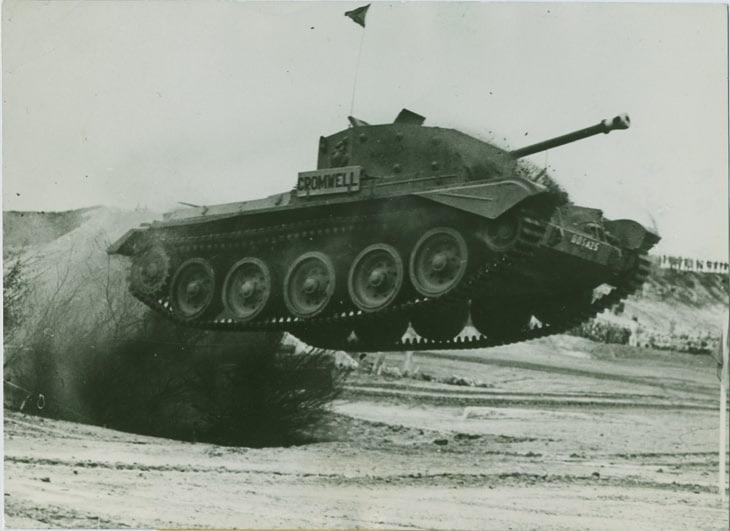 Later Cromwell's were regeared to top out at 32mph.

The Later Comets (of 35 long tons/39 short tons) could still do 32mph and a fraction. And the Centurions could do 21mph and were noted for their hill climbing ability.
Centurions used a 5 speed gear box while the German Panther used a 7 speed gear box and the Tiger I used 8 forward gears and 4 reverse. More is not always better.
(weight, cost, overhaul and being in the wrong gear for the situation)

It is not just about the power. The engine actually has to fit in the tank.
The Lion was almost 1 1/2 feet wider than a Kestrel and around 11in wider than a Merlin. And that is for bare engine/s. exhaust manifolds and other little details will make the engine bay wider (like being able to get hands inside to perform maintenance.

Steel is 40lbs per sq ft at 1 in thick. If you make your tank 1 foot wider to fit a Lion engine, in addition to trying to fit it on a railroad car, you have 1 foot times the height of the hull times two (front and back of the hull) plus 1 foot times the length of the hull times 2 (top and bottom ) times whatever armor thickness you are using.
Granted you may be able to make the tank shorter with the shorter engine and save some weight that way


Snautzer01 said:
How about Napier Dagger VIII??
Click to expand...

And one of our members thinks I hate the British

Crewmen who had to change spark plugs on the bottom cylinders would curse the men who adopted this thing till their dying day, every day for the rest of their lives.
Last edited: Oct 19, 2022

I saw it when flipping through janes engines 1938. Lot of aero engines.
S

I'm not sure that aero piston engines are a great basis for tank engines, it's just that in Britain the most powerful available engine for tanks at the time was the ancient Liberty. Meteor could be developed much faster than a purpose-designed tank engine and would do the job pretty well. Given the urgency at the time, it was a perfectly sensible choice.

Aside from high specific output, the optimization of aero and tank engines was really quite different. As S Shortround6 pointed out, tanks don't really care that much about engine weight per se, they care about engine compactness, since the armor needed to cover the engine bay usually weighs more than the engine itself. Aircraft engines were often designed with plain bearings, and were in general intended for gentle changes in throttle settings. Tanks need to be able to move very abruptly; look up something called a "berm drill" for a good example. Aero engines were designed for very, very high boost pressures, and since tanks were going to be running naturally aspirated versions of the engines burning motor pool gasoline at maybe 85 octane, all of that engineering and optimization for high boost was basically wasted in the tank engine.

Aircraft have a larger number of support personnel assigned to them, and operate out of air bases with large supply and repair facilities. I combat, the only maintenance crew for a tank is frequently the vehicle crew. Sufficient durability and time between overhaul for an aircraft engine could be far too finnicky to tolerate in a tank engine.

Using down-rated aero engines like the British Meteor or the American R-975 was an expedient measure and really wasn't ideal at all.
S

A US army book on Military Vehicles (TM 9-2800-1.....Feb 1953)
rarely (if ever) lists a fuel requirement over 80 octane. Most trucks and Automobiles were between 70 and 75 octane,
At this time the M-4s that were left were considered limited standard or substitute standard and had either the Continental radial or the Ford V-8, both call for 80 octane fuel.
Several different guns and self propelled gun mountings call for the same fuel as do the M-46 and M-47 tanks with their air-cooled V-12 1790 cu in engines.
S

Yikes, I didn't realize it was that low. So definitely no superchargers!
T

IIRC the Meteor had its Compression Ratio reduced to 5.5:1 to allow the use of motor pool gasoline.

ThomasP said:
IIRC the Meteor had its Compression Ratio reduced to 5.5:1 to allow the use of motor pool gasoline.
Click to expand...

and bumped back up post war for commercial petrol, and with fuel injection it topped out at 810bhp.
S

The user pool is pretty small.
The Japanese and the Italian's didn't have tanks that required large engines.
The French might have used one but the whole tank would need to be redesigned, and they were using a 300hp (give or take) 6 cylinder engine anyhow that was offset to port and the space down the side was used for storage and entry and the suspension didn't allow for high speed anyway.

German couldn't make enough airplane engines anyway and until you get to the Tiger and Panther you also don't need an aircraft engine.
Russians had a 500hp V-12 diesel so again, no great need for anything else.

Kind of leaves the British and Americans.

This thread is great, packed with a lot of nuance I'd never considered. Thanks to everyone!
You must log in or register to reply here.