Things you do not see in Europa at the gas station 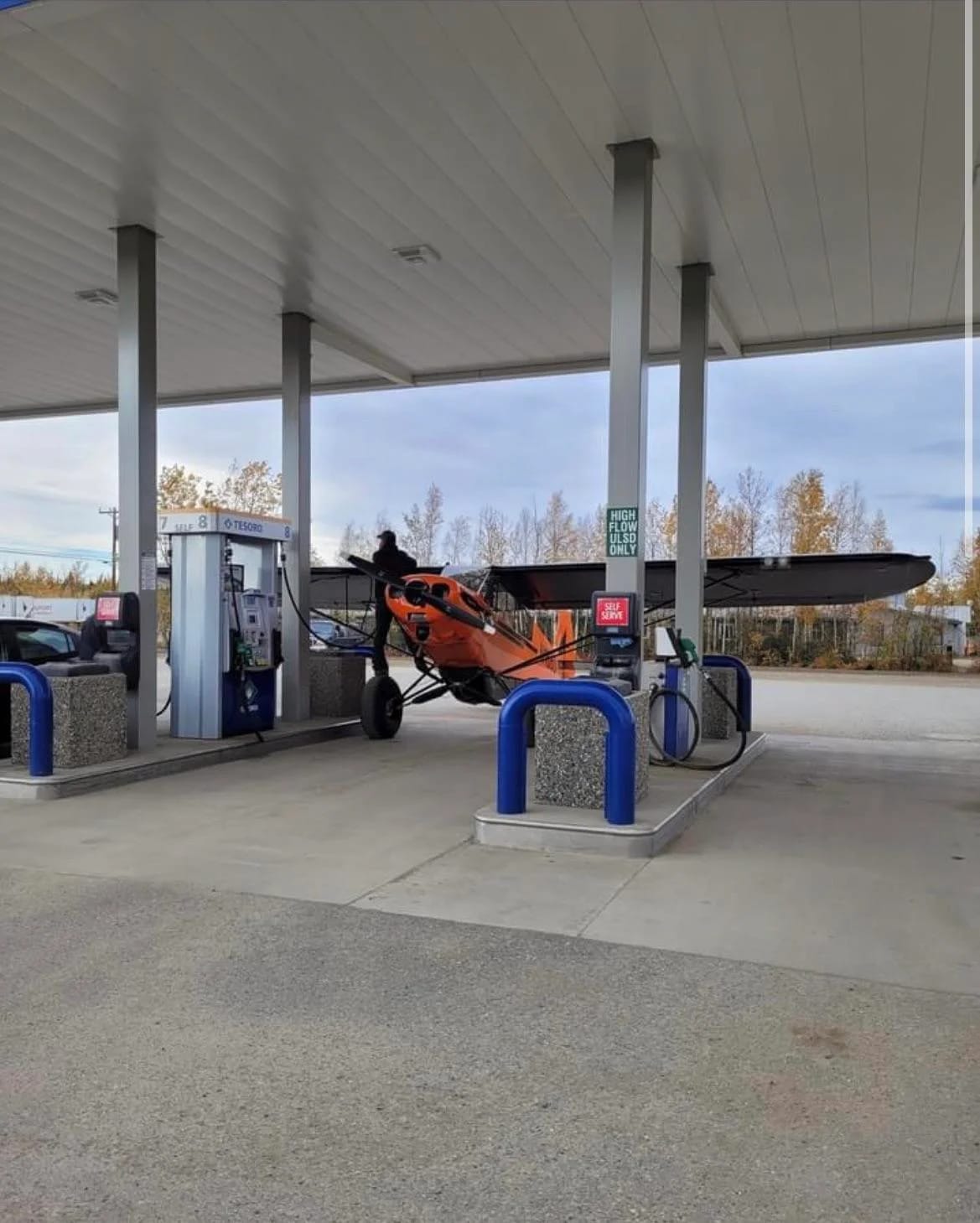 "You're gonna need a longer hose."

That's what she said.

You guys in Europa do have fly through gun shops at least, right?

Yeah, they do things a bit differently in the northwest.

Of course you dont, who on earth has a queue of ONE aeroplane?

I was told that was in Alaska

FLYBOYJ said:
I was told that was in Alaska

There is a town (don't recall the name) close to the Alaska/Canada border where Bush pilots come and go all the time.
Landing at gas stations, the local cafe and so on.

It's a whole different world up there.
S

As a 13-14 year old aviation nut in 1950s New Orleans, I lived very near the Delgado Trades School, now Delgado college. When a trade school, they were the preferred Aero school and she students had built racers in the 1930s, The Delgado Flash & Delgado Maid. When I heard the big round engines start, it was a bike trip the 4 blocks to see the event. I got to see a Cub take off from school grounds and later another from the median of the adjacent street.

Does that mean he can get 100 octane there or does he fly on just 93 octane? On a side note, the FAA has approved no lead 100 octane in limited markets.

PlasticHero said:
Does that mean he can get 100 octane there or does he fly on just 93 octane? On a side note, the FAA has approved no lead 100 octane in limited markets.
Click to expand...

If he has an STC he can run auto gas

Find everything you need to know about installing an Auto Fuel STC on your airplane. This page outlines all Auto Fuel STC technical information including the type of engines, fuels, and limitations.
www.autofuelstc.com
You must log in or register to reply here.

M
What's the Weirdest Thing You Have Ever Seen?
2 3

New Books....Not in the Military Library!

M
What's The Closest You Have Come to Buying The Farm?
3 4 5