The 'friendly-fire' incident that almost kicked off WW3.
B

This post brought to mind a painting in a book I have called: "World War II Aircraft in Combat" by Glenn B. Bavousett published by Arco. 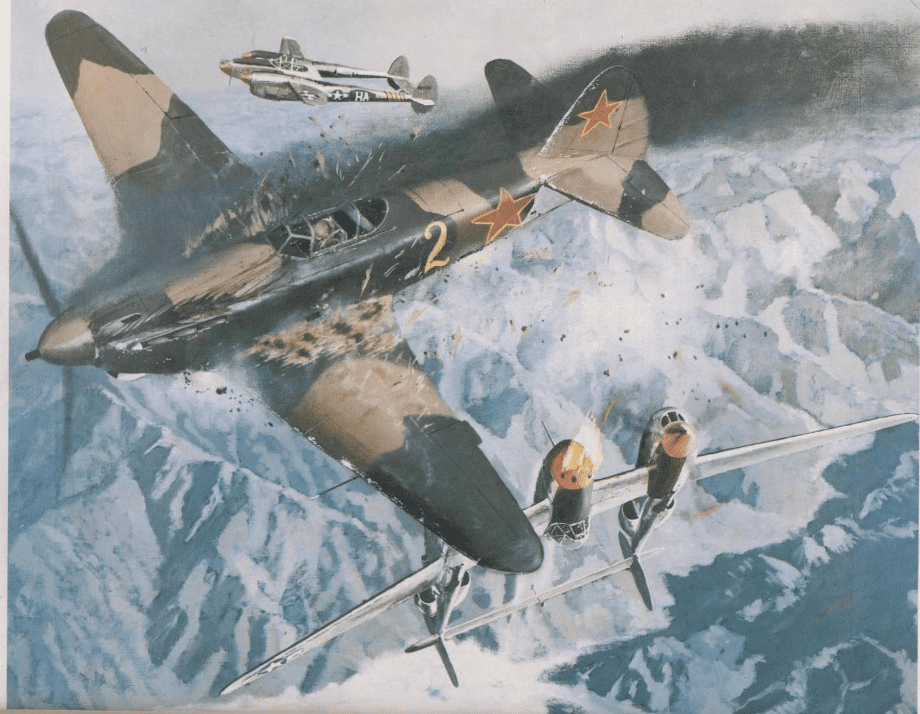 I believe it shows the incident you described. Over Yugoslavia in November 1944, P-38's of the 82nd Fighter Group, 15th AF operating from Foggia, Italy were on the second day of a request to provide close air support for the Russians. Unfortunately due to the "fog of war" Russian troops in close engagement with the Germans were also strafed. Evidently a 3 star general was killed in the mix-up. A call went out to a flight of Yaks in the vicinity. Two P-38's were downed before they turned the tables and shot down 4 Yaks. This painting shown an un-lucky Yak pilot from that engagement stumbling into the guns of a stalled P-38 flown by Bill Blurock. Even as a kid I always loved the look of splintered wood at the wing roots.
B

Yes an amazing piece of aviation art that I also have, thanks capt vick. I've read so many versions of this air battle and Bill Blurock's yak kill is mentioned in a few accounts but not in others. I've also studied the Soviet side (reports) of the Nis air battle but the translated versions are always difficult to understand.

T
How Common Was the Friendly Fire accident in Luftwaffe and its Allies?

M
Not The Fire Truck!

W
Operation Pelikan aka Projekt 14 - Stukas vs the Panama Canal

The first air victory in the WWII, claimed by an aircraft operating from British homeland.