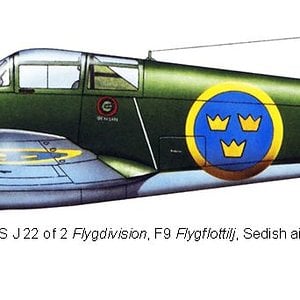 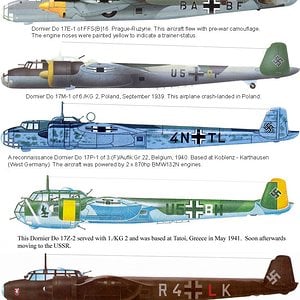 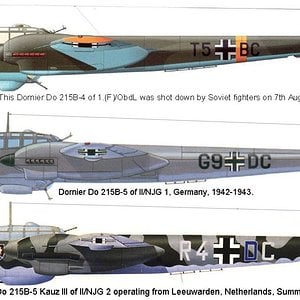 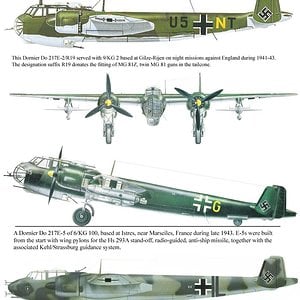 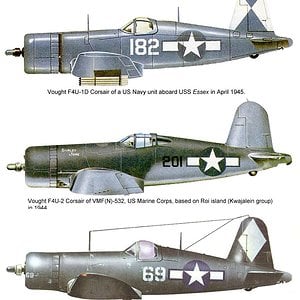 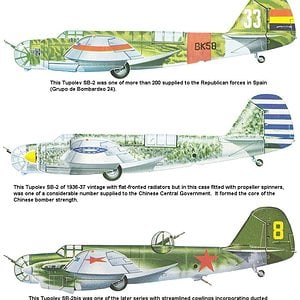 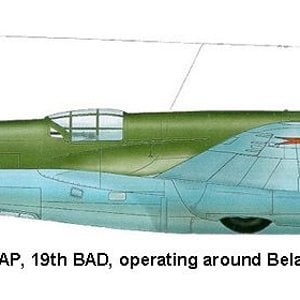 The Dornier Do 217 was a bomber used by German Luftwaffe during World War II as a more powerful version of the Dornier Do 17. It entered service in early 1941 and by the beginning of 1942 was available in significant numbers. The Dornier Do 217 had a much larger bomb load capacity and had much greater range than the Do 17. In later variants, dive bombing and maritime strike capabilities using glide bombs were explored in depth with considerable success in the later role. The Do 217 was also converted to become a night fighter and saw considerable action in the Defense of the Reich campaign until the last day of the war.

German Warplanes of World War II
Published by Temple Press/Aerospace.
Click to expand...
There are no comments to display.