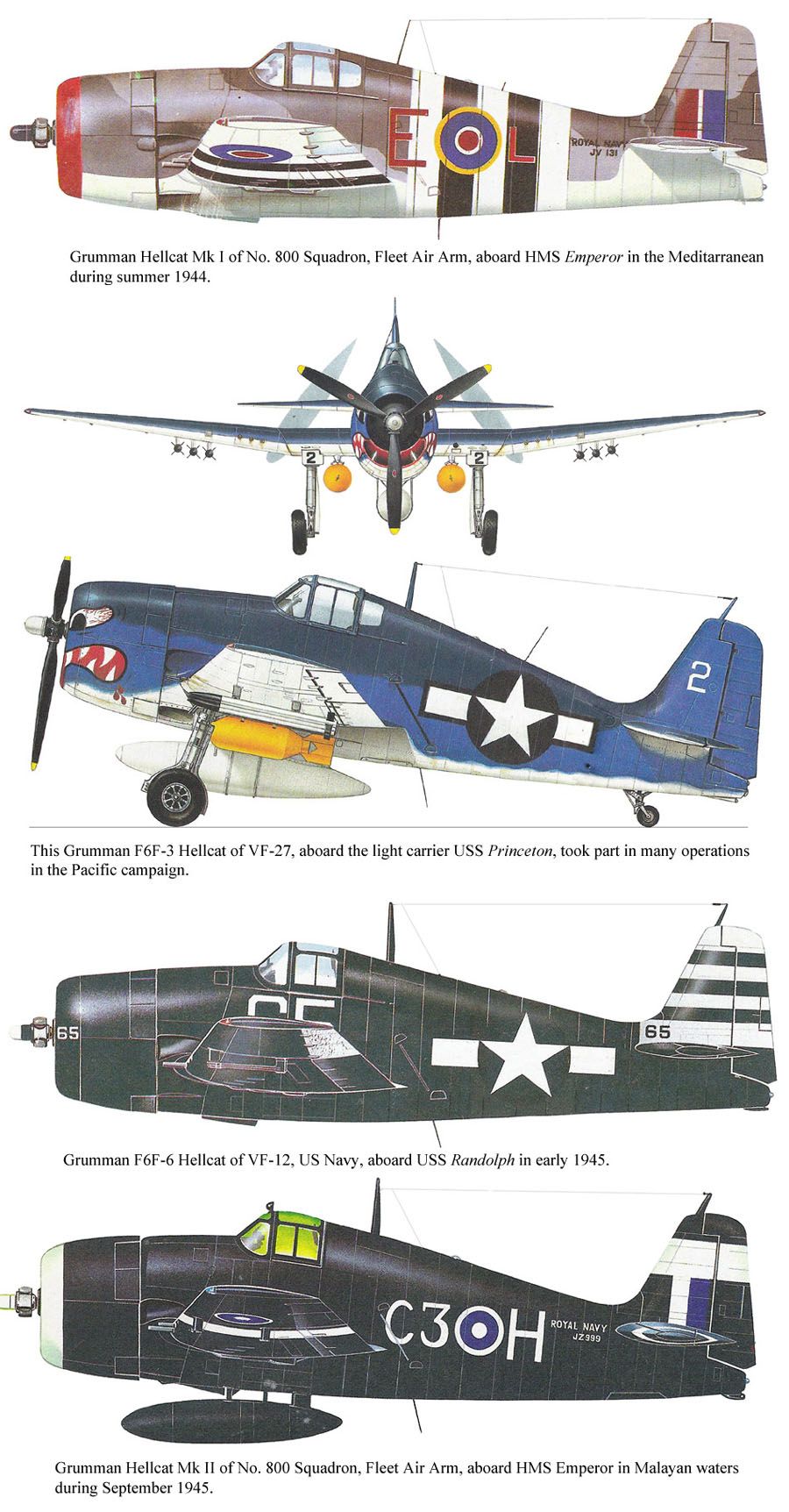 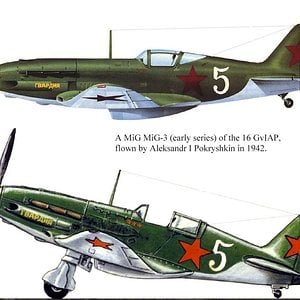 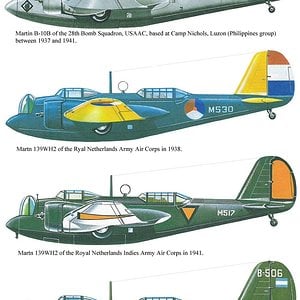 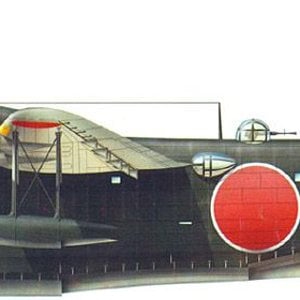 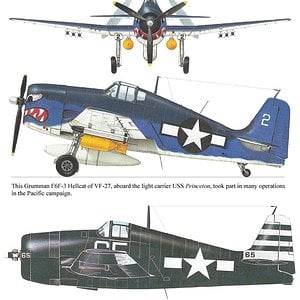 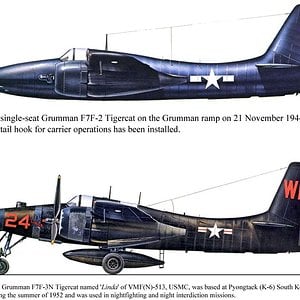 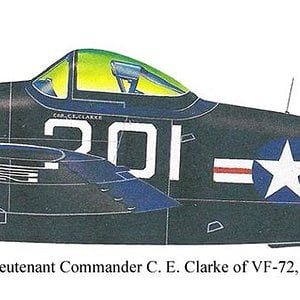 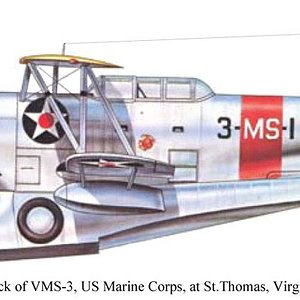 The Grumman F6F Hellcat was a carrier-based fighter aircraft developed to replace the earlier F4F Wildcat in United States Navy (USN) service. Although the F6F bore a family resemblance to the Wildcat, it was a completely new design powered by a 2,000 hp Pratt &amp; Whitney R-2800. Some tagged it as the 'Wildcat's big brother'. The Hellcat and the Vought F4U Corsair were the primary USN fighters during the second half of World War II. 12,275 Hellcats were built.

The Hellcat was the first USN fighter for which the design took into account lessons from combat with the Japanese Zero. The Hellcat proved to be the most successful aircraft in naval history, destroying 5,271 aircraft while in service with the U.S. Navy and U.S. Marine Corps (5,163 in the Pacific and eight more during the invasion of Southern France, plus 52 with the Royal Navy's Fleet Air Arm during World War II). Postwar, the Hellcat aircraft was systematically phased out of front line service, but remained in service as late as 1954 as a night fighter in composite squadrons.

Profiles: American Aircraft Of World War II
Published by Chancellor Press Ltd.
Click to expand...
There are no comments to display.