I'm wondering if there's any significant drag or power differences between a long supercharger intake trunk like what the P-51 and the Supermarine Seafire 47 had, vs the shorter intakes used by the Spitfire and Mosquito? One thing I read is that the Seafire 46 used a Spitfire 14-type supercharger intake, while the 47 used a P-51 inspired intake (similar to what was used on some Spitefuls and Seafangs). There was a 3 mph difference in speed in favor of the Mk 46 (though there were some other differences between the 46 and 47 that could also explain the speed difference).

But as far as drag or power, if there any definitive advantage or disadvantage to either one? And also, what about incorporating an air filter for dusty or tropical enviroments--does that favor one system over the other?

To reply to the second part of your question

Having the intake immediately behind the prop will ingest far less dust and other material, including water, off the runway.

If you look at film footage of aircraft taking off on very wet or dusty runways you will see the water and debris come up very close behind the prop and forward of where the majority of Spitfire intakes were positioned but well aft of the Mustang intake position. The forward intake also allows room for a filter installation that is far more streamlined than the Mk V etc tropical intakes. For example the P-51 filter fits totally inside the cowlings.

As far as dust thrown up by other aircraft it will make no difference.
M

Stanley Hooker became head of supercharger development at RR because he looked at the angle the air had to flow through to get to the supercharger intake on the Spitfire I and pointed out it was not optimized. He handed in a report on that without being asked and the reaction from his management was "Holy Cow! We now have someone who understands this stuff!"

But US aircraft had to fly in dusty conditions just to make it through places like Texas and air intake filters were a necessity; the P-51A intake is shown below. On the other hand, when you were running the air through two stages of supercharging, that sort of lessened the effect of ram aid adding to the boost levels. After WWII P-51 supercharger controls were modified to vary when the the higher speed kicked in based on ram air pressure present at the time. 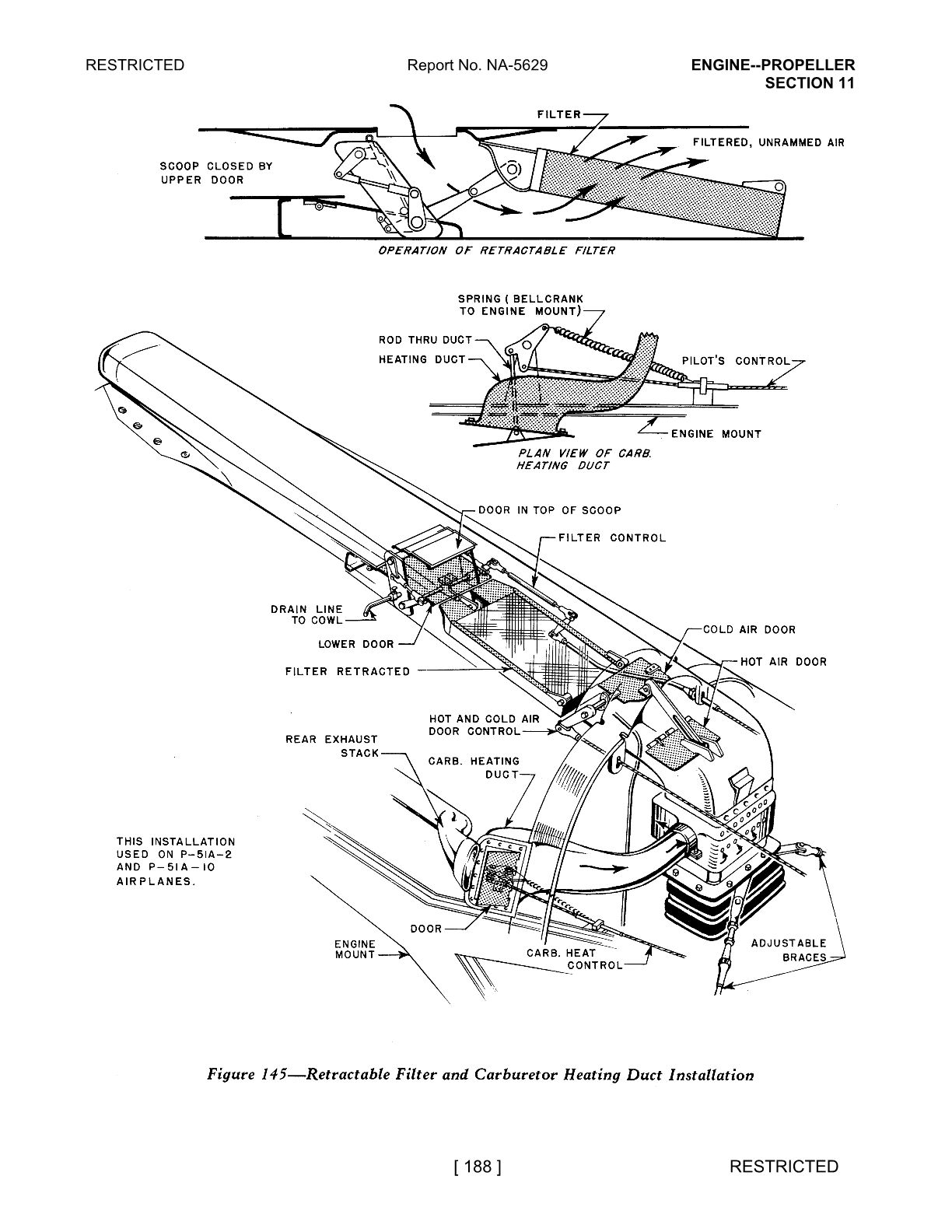 Regarding your diagram - the P-51A had a downdraft Allison engine so the B and later are more relevant to the OP question as they have the updraft Merlin engine like he is discussing. Below is the B installation followed by the C which had filters added 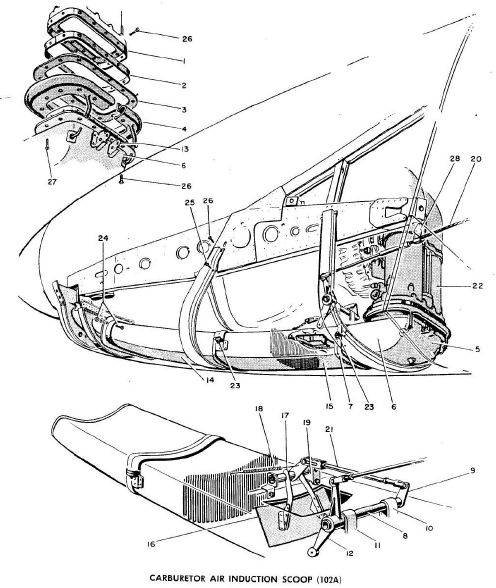 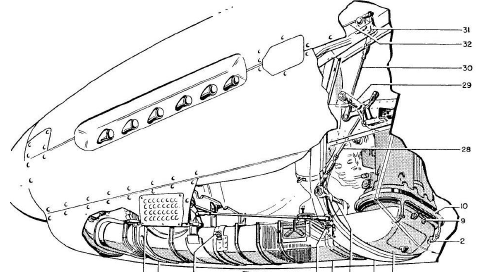 Yes, I know, but I did not have a diagram of the P-51 Merlin installation handy.

I wonder what they did with the Merlin P-40. They had plenty of room there to install filters between the intake and the rear intake of the Merlin and I presume they did, and the conditions encountered like this one on Guadalcanal certainly called for it.

When the Typhoons got to Normandy the RAF found they needed to add filters to the intakes. 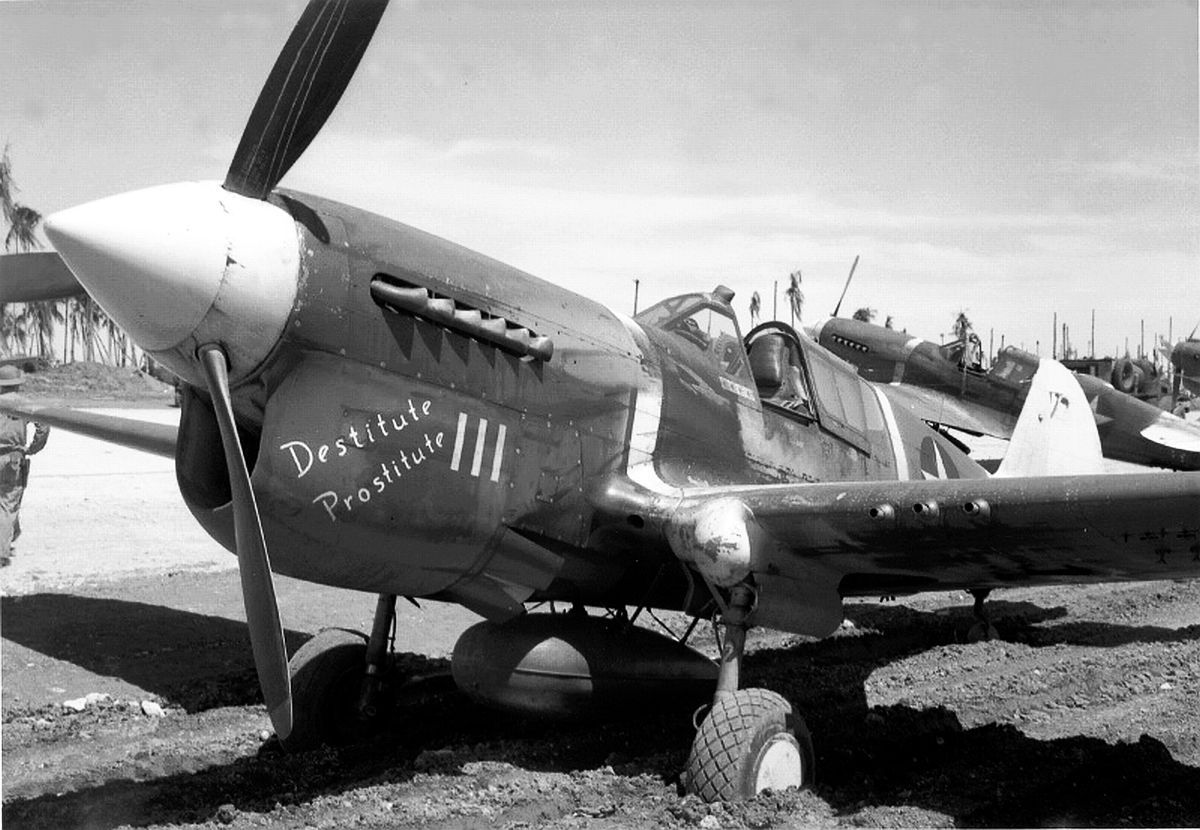 Sorry I do not have any diagrams of the system but the F manual includes these. The description is not much help either.
View looking aft - F model 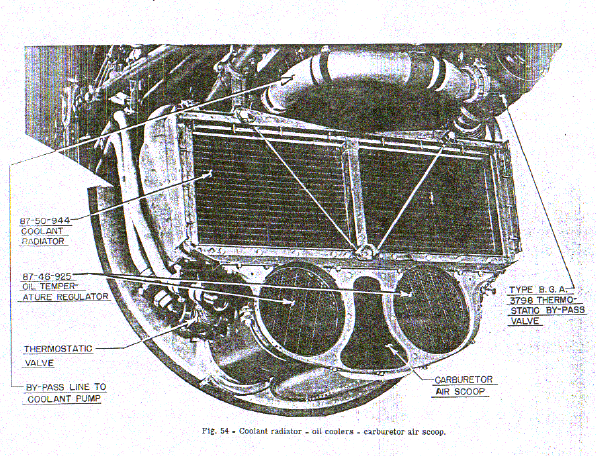 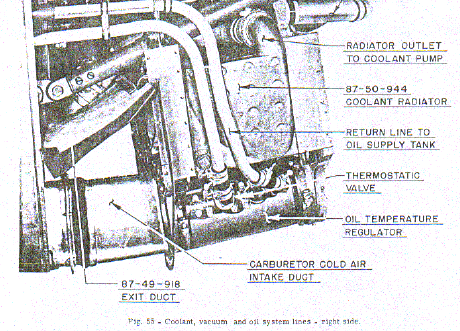 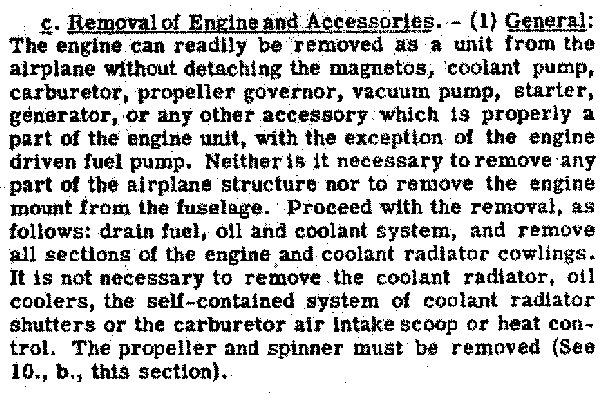 The -4 parts cattledog is not illustrated or that would help.

Someone may have a -1 but I doubt that would show much.
B

Two questions. One, was there any difference in power between say for example the Spiteful when it ran the supercharger intake behind the spinner vs the usual Spitfire position? And two, if running a ventral radiator, would running the intake behind the spinner vs under the nose be more profitable as far as airflow into the radiator ducting?
You must log in or register to reply here.

Additional supercharger for a Fw 190??

B
Merlin 130 series vs other Merlins (frontal area)?