Device in the plexiglass nose of XF-11?

Very curious as to what exactly is the item in the small plexiglass nose of the Hughes XF-11? (See photos). The only guesses I can come up with are:

(1) Radar? Doesn't look like any type of dish or antenna from that era, that I am aware of.
(2) Spotlight? This would account for it being behind plexiglass but why would you need one on a recon aircraft?
(3) Special antenna for navigation, landing, or ECM? Maybe a DF loop? I wouldn't think you would need clear plexiglass to house any of these.
(4) Funky camera of some sort. Would also explain the plexiglass but where do you load the film?
(5) Custom loudspeaker system so that the pilot could blast "neener neener, you can't catch me!" while over enemy territory? (With awesome "bass" power, of course.) Or, "Hey, look up and say CHEESE!"
(4) Secret Death-Ray that Howard Hughes developed from crashed alien spacecraft he found outside Las Vegas?

Enquiring minds want to know.
Thanks 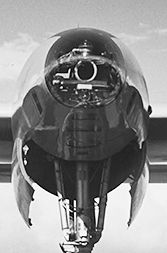 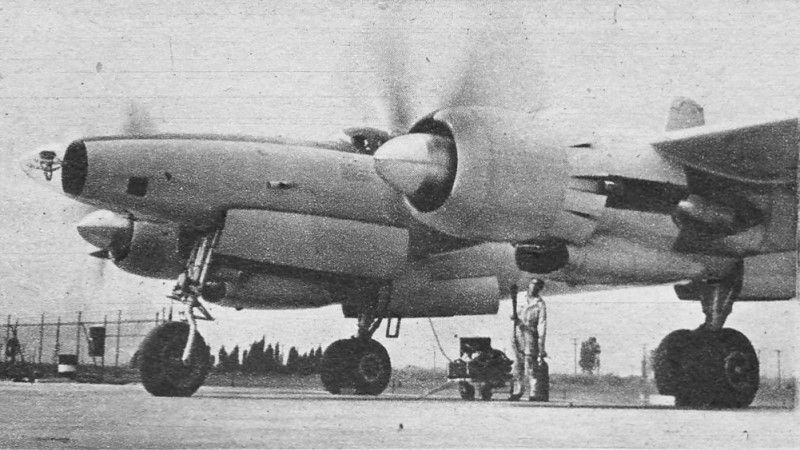 Never mind. Found a diagram that explains the plexiglass nose, at least. It's also where the DF radio compass is placed.

yosimitesam said:
(5) Custom loudspeaker system so that the pilot could blast "neener neener, you can't catch me!" while over enemy territory? (With awesome "bass" power, of course.) Or, "Hey, look up and say CHEESE!"
Click to expand...

Sounds like something that a pilot would say just before something failed on his aircraft.

Here is a better view of the device. 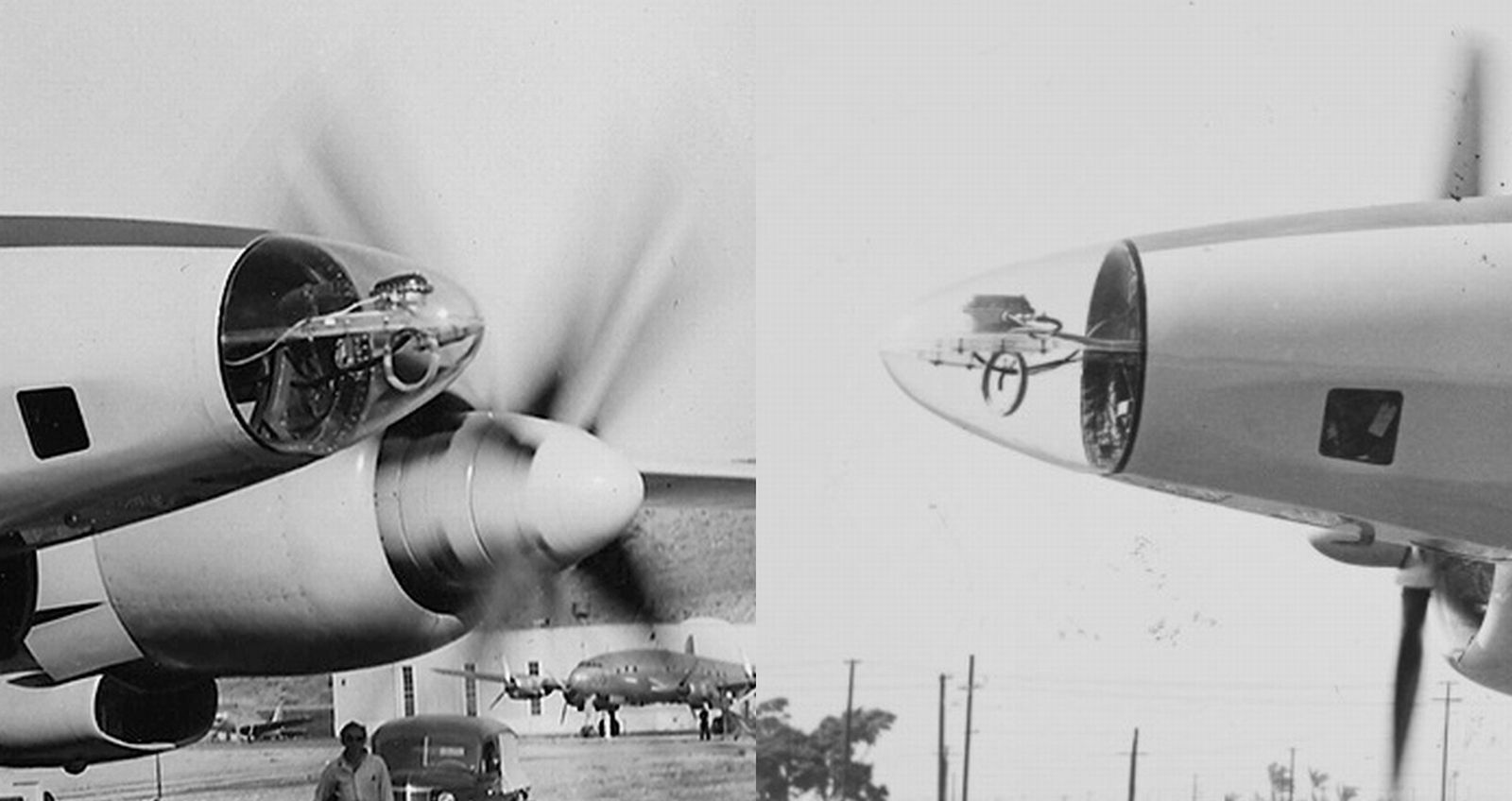 and the diagram says that's the radio compass antena. 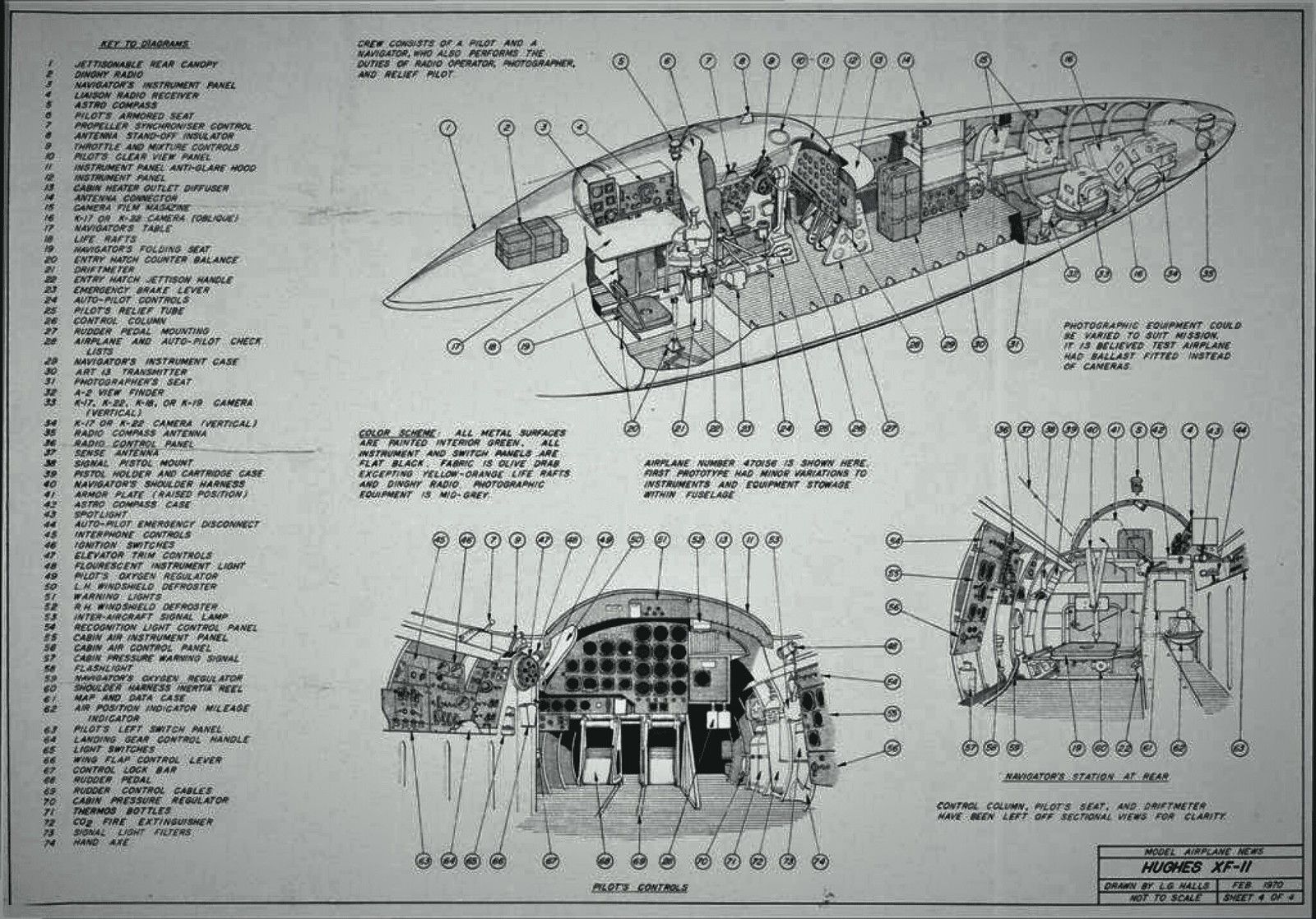 the source: Warbird Information Exchange • View topic - Hughes XF-11, what if?!! ...
You must log in or register to reply here.

Apr 17, 2022
aurelien wolff
A
C
Adventures of the SNCASO SO.90 Cassiopée in Occupied France