let me start by stating that I might as well have asked was thre anything wrong with the Do-217? Except of course that it didn't win the war.

I think realatively scant attention has been afforded this plane, and would like to hear your opinions. I myself think it looks pretty good. It had a large internal bomb bay and performance to match any mid-war medium bomber, except the mosquito. the defensive armament seem decent, though I've seen hinted that the turret wasn't a proper gun turret. There is no real blind spot, though it may have benefitted from a gun position in the tail instead of the time wasted on sophisticated dive brakes. Alternatively, it could perhaps have entered service a little earlier, if there were BMW's ready for that?

it is said to have been underpowered, but it seem it was not catastorphic. While there may have been to much aircraft for the power and wing area available, it handled well enough to be modified into a night fighter. I just don't seem to come across remarks as to high accident rates or nicknames as widow maker. Perhaps the He-177 got all the attention? As a dedicated bomb truck it looks better than both the Ju-88 and the 188.

I owned manfred griehls book on the whole family twenty years ago, but lost it. Something had gone wrong with the printing, so many pages were in the wrong place. as I remember it, it was more concerned with the numerous attempts to make it into a wunder waffe than with what the mass produced variants actually were capable at. I say mass produced, but less than 2000 fighters and prototypes excluded, is not an overwhelming number. But apart from relatively modest numbers, I think its biggest draw back was lack of escort, which is hardly a fault of the design. By the way, what it achieved with stand off weapons does get quite some attention, and did have results, even if it is not wholly clear how cost effective that was.

I think i've said before that, with what Germany had to work with, I have difficulties imagining what better medium bomber they could come up with at the time. I'm sure there was room for some improvement, but I am primarily interested in your opinions on it as it was. But the inevitable suggestions for improvements will be recieved with interest too.

The DO 217 always seemed like a pretty solid airplane to me. I have the impression that it just didn't really fit in with German air doctrine.

Of course, they ALSO figured the Bf 110, a VERY solid airplane if ever there was one, should have been able to tangle with dedicated single-seat fighters. Both seem to have been flawed ideas.

But, I wasn't there, and my thoughts may have nothing to do with what really transpired.

Though not a fan of LW aircraft, I always thought the Do-217 was a pretty cool airplane. It may have been the first LW bomber I ever saw a picture of from the DC comic book "Men of War, featuring Johnny Cloud, Navajo Ace."
Last edited: Sep 17, 2022
D

Designed from the ground-up as bomber with dedicated large bomb bay. It suffered from the dive bombing requirement and the resulting weight gain. It was always underpowered until it got DB 603 engines. Wing geometry may have been optimized towards dive bombing so was not the optimum for a level bomber. AFAIR its low-speed characteristics were described as somewhat difficult. Was the primary launch platform for guided bombs until they could work up the He 177 for this mission.
S

Basically it wasn't big enough or powerful enough for the 'heavy' bomber role.

It really wasn't fast enough for the fast bomber role (at least with the BMW 801 engines) and it didn't have enough guns to even try to operate without escorts.

It wasn't "bad" it's just that it wasn't really good at anything.

too large aircraft for a medium bomber too small for a heavy, but good continental style bomber, underpowered before of the DB-603
D

As a night fighter, not very effective, nor universally popular: 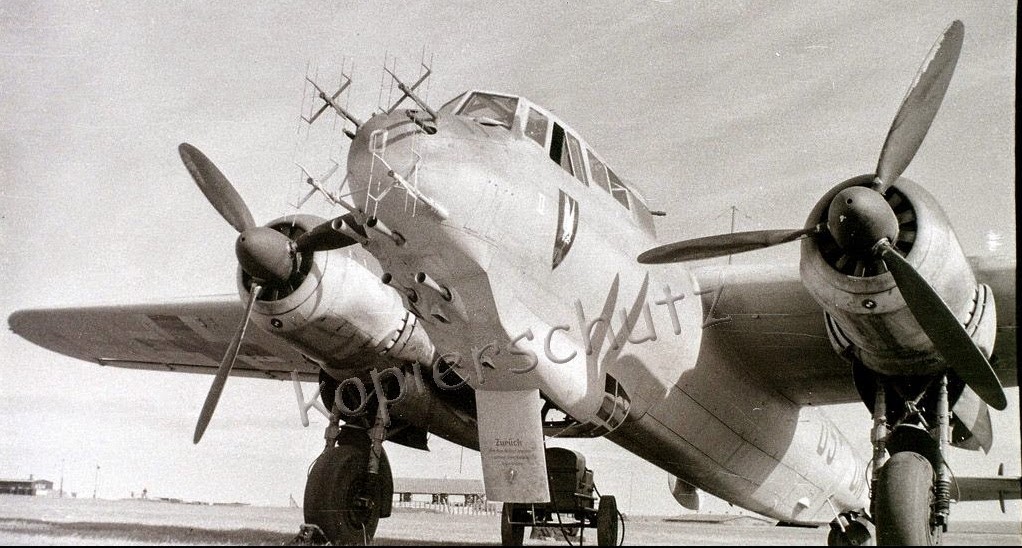 Leading Nachtjagd ace Paul Zorner in his memoir " Nights in the Bomber Stream " (296 Verlag) has some choice words for th...

Shortround6 said:
It wasn't "bad" it's just that it wasn't really good at anything.
Click to expand...

Thank you for your input, I don't see any real flaaw in your argument.

But the comparison with the B-25 and B-25 (and I think I got your point in saying they couldn't put enough guns into their bombers) made me ponder. If the US got all the Do-217 bombers (some 1500) when they were delivered, and conversely the Germans got the same number of B-25's or 26's, would it have changed very much?

To me it seems as if the heavy bombers steal all the attention for the air war over western europe from 42 and onwards. i'm vaguely aware that the mediums were used to attack German air fields in advance of the strategic bomber attacks, and that especially the maurauder ended up with very low casualty rates.

In assessing the American medium bombers, I think each theater should be considered seperately. May they, over western Europe, not have been really good at anything except flying largely unopposed raids (apart from AAA as German fighters had their focus elsewhere) for the last year or more? Not bad, just not able to make a large impact by themselves?

I agree with SR's and Vincenzo's assessments. It wasn't a bad aeroplane and had good load lifting capability, but it could have done with a couple more engines and greater wing area to increase its fuel load and range to make it a better heavy. It was in that awkward position that it took on increased importance with the dawning realisation that the He 177 was not going to be the principal heavy bomber with LW bomber units it was supposed to be. This of course put pressure on existing types to bear the brunt as Heinkel and DB sorted the '177's problems out, which meant the old He 111 and the Do 217 were gonna have to hold the fort. Had the He 177 not been such a mess the Do 217 might not have been as extensively applied as a bomber and had more airframes applied to maritime strike...
D

Had Germany more focussed development on strategic bombers they could have invested more in the Do 217, knowing the other big bomber designs as heavily delayed, plagued by problems or even cancelled. It was in dire need of a bigger wing to improve flight characteristics.
For years it had the biggest bomb bay of all LW bombers, capable of holding their biggest bombs internally instead of the draggy-like-hell external mounts on Ju 88/He 111.
E

Just Schmidt said:
If the US got all the Do-217 bombers (some 1500) when they were delivered, and conversely the Germans got the same number of B-25's or 26's, would it have changed very much?
Click to expand...

So, what was wrong with the Do 217? Good question! When it appeared, the Do 217 was the best German medium bomber. It was faster than He 111 and Ju 88, had a greater range and a bigger payload. And it was the only one which used a rotating gun turret for self-defence. But it competed with the Fw 190 fighter for BMW 801 engines, and the Focke-Wulf was considered more important. It is said that there were times when many Do 217 airframes standing outside the Dornier factory, waiting for engines to come.

For workhorse bomber duties in the Eastern theater, He 111 and Ju 88, consuming "only" Jumo 211 engines, were good enough for most of the wartime. And the Do 217 had severe drawbacks too. It was comparedly difficult to fly, especially at low level and over sea, and especially unexperienced pilots often rather crashed it than getting used to it. At emergency landings on water, the shoulder-wing configuration made the fuselage ditch deeply, causing the glass nose to immediately break what flooded the cabin within seconds, giving the crews a hard chance to survive.

On the other hand, there were times during which the Do 217 was the only German bomber able to operate over England. In mid-summer of 1943, only KG 2 with its Do 217s stood on the English Channel. Later that year the Ju 188 came, taking most of the Do 217s merits while avoiding its difficulties. And the Ju 88's S version surmounted both Ju 188 and Do 217 in terms of speed.

Bomber pilot Roderich Cescotti, who was a dedicated He 111 flyer (in which he performed some amazing sorties, I just read his autobiography), and who rose to general rank after the war, was impressed by the powerful Ju 88 when he once was taken passenger in one (he never personally piloted that type). He did not repeat that when he transferred to a Do 217 E. But this changed when he got a DB-603-powered M-11 subtype with elongated and deepened wings, what considerably improved the flight characterstics. After an unsuccessfull night attack with a Hs 293 guided bomb, he managed to escape not less than 12 Allied nightfighters.

Had the Do 217 been as good as it may, of course it was no cure for foolish German warfare. Its further development Do 317 was not accepted for the "Bomber B" competition, before this was cancelled as a whole. When manufacturing of the Do 217 was discontinued in May 1944, He 111 and Ju 88 were still in production. But the time of the German bomber force was irrevocably over, if you don't consider the short Ar 234 jet bomber episode.

Romantic Technofreak said:
Had the Do 217 been as good as it may, of course it was no cure for foolish German warfare the stupidity of Nazi goals and their entire enterprise.

Fixed that for you.

See Adam Tooze, Wages of Destruction: The Making and Breaking of the Nazi Economy.

The foundation of Nazi plans was as sound as FTX.
You must log in or register to reply here.

M
The CW-21 Was A Good Looking Airplane

N
Was cost the primary reason for the scarcity of early war drop tank?
2 3