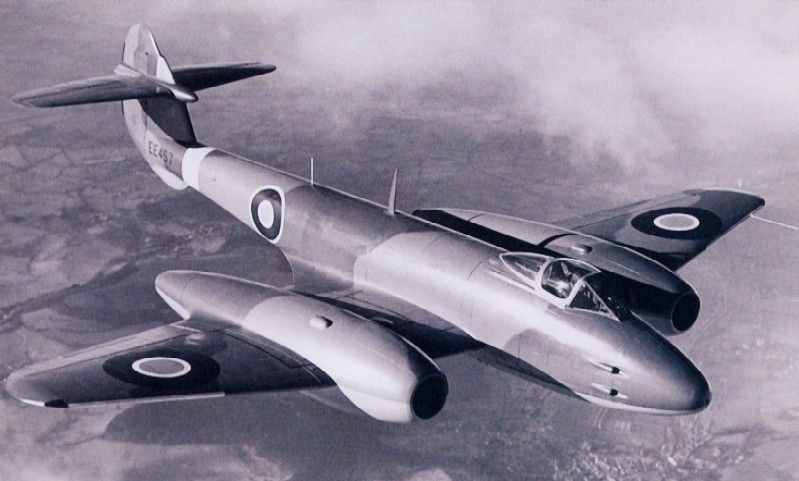 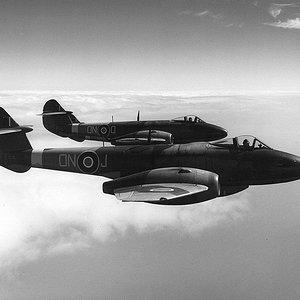 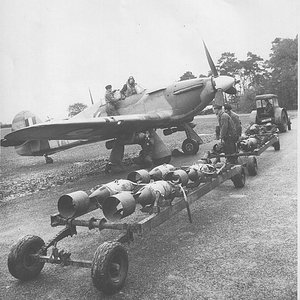 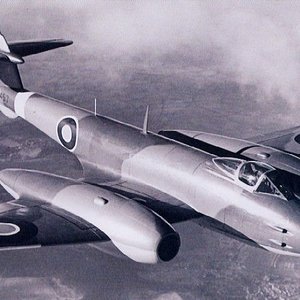 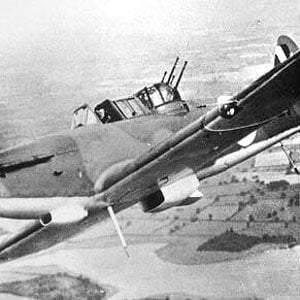 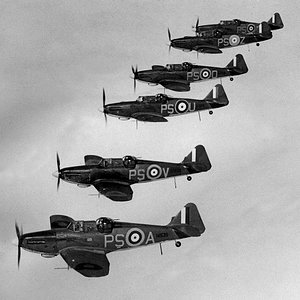 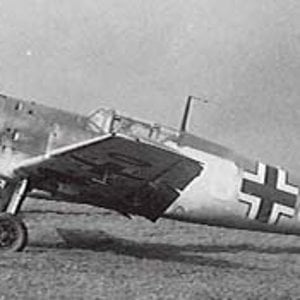 The Meteor II was a proposed production version powered by 2,700 lb.s.t. de Havilland Goblin I turbojets existed only one prototype and did not go into production. The next model, the Meteor F.III would become the first version to be manufactured in quantity for the RAF The first fifteen Welland-powered Meteor F.IIIs (EE230-244 inclusive) differed from the Mk I solely in having a sliding bubble canopy in place of the sideways-hinging canopy of the F.I, increased fuel capacity, and some airframe refinements. The sixteenth (EE245) and subsequent Meteor F.IIIs (195 machines) received 2,000 lb.s.t Rolls-Royce W.2B/37 Derwent I engines.

The first (Welland-powered) Meteor F.IIIs were delivered to No.616 Squadron at RAF Manston, on 18 December, 1944 and on the 17th January the Squadron moved to RAF Colerne, Wiltshire, where the Squadron's remaining F.Is were replaced. On the 20th January 1945, one flight of No. 616 Squadron joined No.84 Group of the 2nd T.A.F. at Nijmegen, Belgium. The Meteor's of this Flight being painted white overall in an unsuccessful attempt to draw the German Messerschmitt jets into combat. They undertook their first operational sortie on April 16, 1945. In March 1945 they were joined on the Continent by the Meteor F.IIIs of No.504 (County of Nottingham) Squadron, but sparse enemy aerial opposition resulted in the new jet aircraft being employed principally for ground attack, and the Meteor never had an opportunity to show its paces against the Luftwaffe's jet fighters.

The last fifteen F.III fighters had the lengthened engine nacelles which were adopted as standard for the Derwent V engines of the F.IV. One Meteor F.III (EE360) was fitted with 3,500 lb.s.t. Derwent V engines with which it flew in July 1945, as the prototype F.Mk.IV. Two hundred and eighty Meteor F.IIIs were produced (terminating with EE599) but the majority of these did not enter service until after the termination of hostilities.