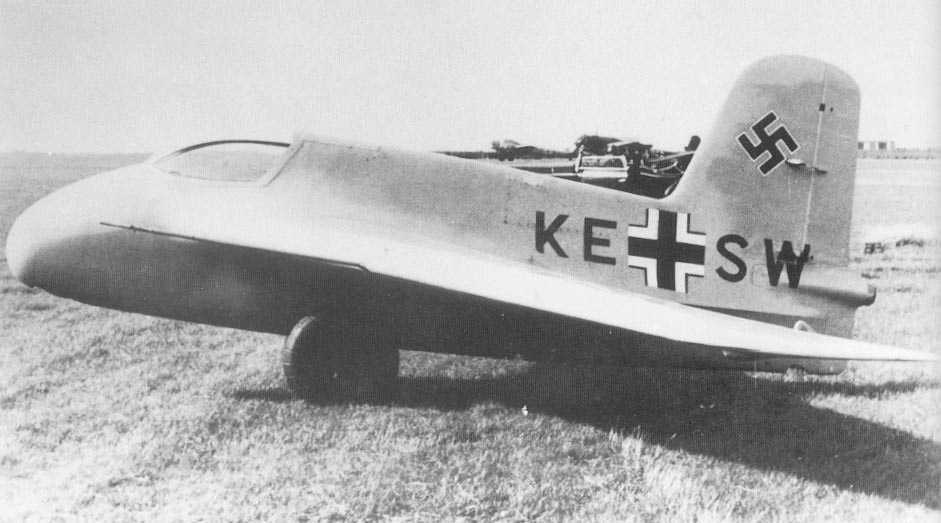 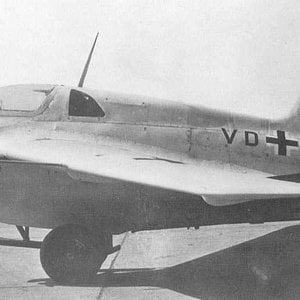 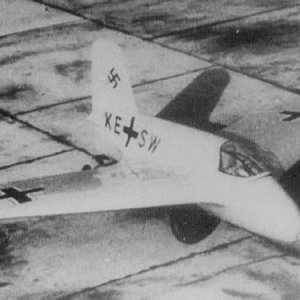 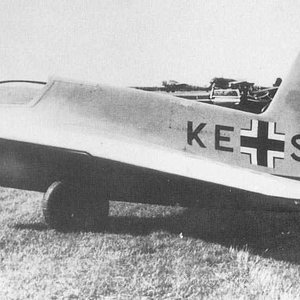 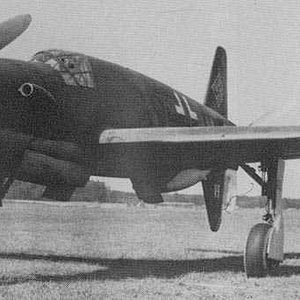 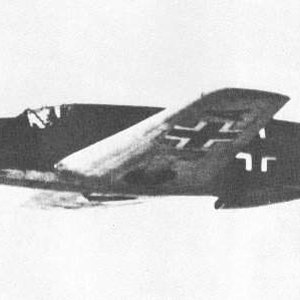 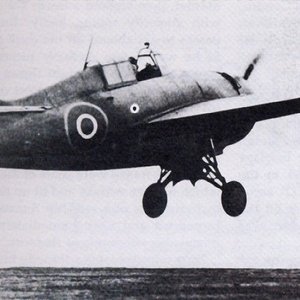 This is the Me-163V-1 which was completed in the spring of 1941. In the summer it was transported to Peenemunde-Karlshagen where it was fitted with a 1,650 lb thrust HWK R.11 rocket motor. The first powered flight was made in August 1941, and on its fourth flight Test Pilot Heini Dittmar attained 570 mph in level flight before exhausting the limited fuel carried.

On the 2nd October 1941, after being towed to 13,000 ft Dittmar attained 623.85 mph within two minutes of being cast off from the towplane. Until this time the Me.163 had been considered a research aircraft, but the successful results of the trials led the R.L.M. to propose the development of the basic design as an interceptor.