Back this time with some finished pictures of a project I've been dragging along on for some time. Years ago, I bought this Anigrand XP-49 kit on-line, as a used kit. It had some problems. The boom halves were badly warped, the landing gear doors and nose gear leg were missing, as were the mass balancers for the elevator. So, I started slowly sawing, slicing, bending and scrounging replacements parts,in this case from the same old MPC P-38F kit that I scrounged other parts from for my XP-38 prototype build. Only the nose gear door had to be fashioned from an old fuel tank of the right diameter, as the one on the XP-49 was longer than on the P-38. This became one of those kits that were only worked on while paint or glue on other models in progress were being built, so I never shot pictures for a build thread.

Other than the above-mentioned problems, this was just another simple resin kit, albeit, one of the older Anigrand offerings. Like most other resin vendors, Arnold has improved his techniques in later years, and are these days, his kits usually quite build-able.

The Lockheed XP-49 was a later proposed variant of the P-38, with larger, more powerful engines and weapons, as well as a pressurized cockpit for higher altitude flight. The newer engines didn't pan out, and while the XP-49 was said to have "run circles" around the P-38's, the advent of the long-range P-51's made it not worth the effort, First flown in 1942, it was tested to destruction at Wright Field in 1946.

In any event here are a few pics of the finished beast: 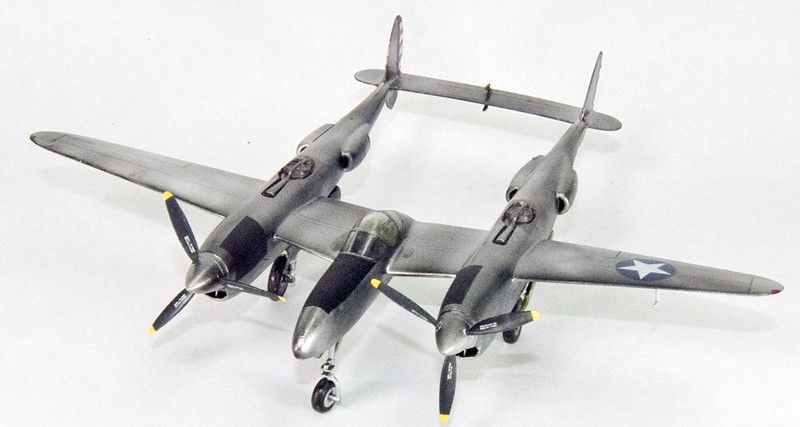 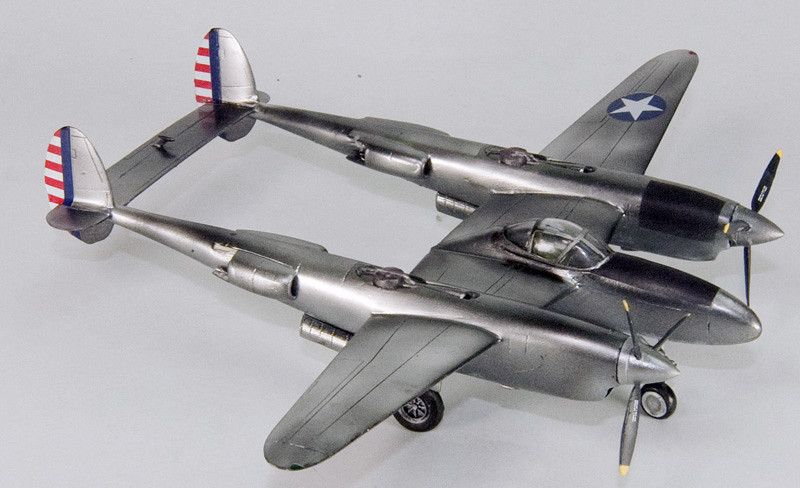 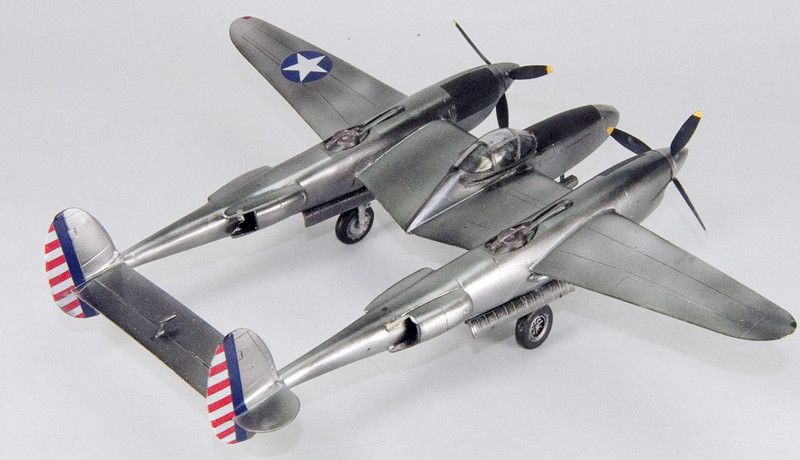 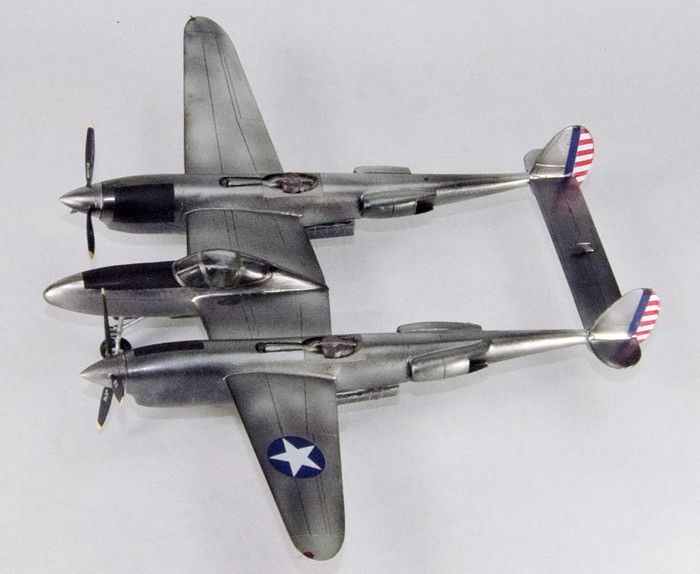 And, for those interested, here is a shot of the Lockheed twin-boom brethren, from left to right, the XP-38, the XP-49, and the XP-58 "Chain Lightning", for comparison purposes.

As always, I'm glad to add it to the collection.

Thanks for looking, comments or questions always welcomed.

"Dispensing the Tribal Wisdom since before there WAS a Tribe!"

Those are all brilliant

Very well done! Resin kits can be really challenging, and building one with a metallic finish is a courageous act. Yours turned out nicely.
You must log in or register to reply here.