German industry delivered to the LW 498 combat aircraft in June 1938, a more than 50% increase vs. the 1937 average of 350 aircraft per month.
430 fighters were manufactured in 3 months (April-June) in 1938. More than 700 2-engined bombers (He 111, Ju 86, Do 17) were delivered before April 1939.
Hefty price was to be paid for this military build up:
In 1936, after years of limitations imposed by the Versailles Treaty, military spending in Germany rose to 10% of GNP, higher than any other European country at the time, and, from 1936 onward, even higher than civilian investments.
...
Measures enacted under Göring included slashing imports, instituting wage and price controls (with violations punishable by internment in a concentration camp), and restricting dividends to six percent on book capital.

Reducing imports = workers in 2nd, let alone 3rd shift don't have stuff to work on, since Germany lacks rubber, oil (factories making synthetic stuff will come on line later), copper, nickel, cadmium, chrome. A lot of German factories was without 2nd or 3rd shift even mid-war.
Moving workers from fields into factories = food must be imported = not going to work, since imports are supposed to be reduced.
Increasing the military budget by 50 or 100 % = from whence the money should come from, not just for the budget but also other things a big country needs.

Germany have had 3 way out of this:
- slash military spending, as recommended by Schacht, a suggestion that was axed by Hitler
- declare state of emergency and austerity (much like Soviet Union functioned before 1946, or N. Korea all the tim)e - this will turn Hitler and his cronies from loved ones into hated ones, thus it will not work - Nazism is all about rainbows, unicorns, kissing the babies and well-fed population, after all...
- steal other people's stuff, by crook or by hook - this was preferred option, and it ended badly, not just for Germany


GrauGeist said:
Once Germany turned on the Soviet Union, the manpower and material situation would go downhill quickly.
By the first of September, 1939, the Luftwaffe had 3,960 aircraft of all types in service. Out of that number, 1,085 were fighters (Bf109D/E).
This is not how you want to start a war.
Click to expand...

Germany started the war over-matching Poland and France.
Biting more than one can choose was happening millennia ago.

Interestingly enough, the following book does touch on this subject (and not just for the Navy), explaining how Germany's pre-war economy was at breaking point and was only able to keep going by virtue of the invasions...a Faustian bargain. 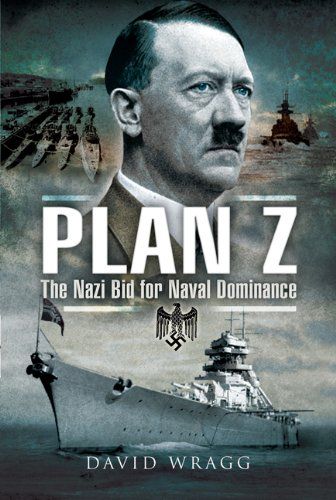 The source for all of this is Adam Tooze's The Wages of Destruction: The Making and Breaking of the Nazi Economy

The Wages of Destruction

"Masterful . . . [A] painstakingly researched, astonishingly erudite study…Tooze has added his name to the roll call of top-class scholars of Nazism." —Financial TimesAn extraordinary mythology has grown up around the Third Reich that hovers over political and moral debate even today. Adam...
www.google.com

An absolutely fascinating book filled with data that everyone with a passing interest the Nazi war economy will want. 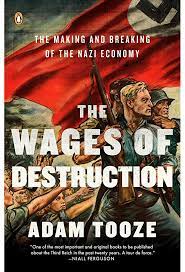 B
F.6/42 aircraft made obsolete by the Griffon-powered Spitfire?