Basically the ultimate Mikoyan/Gruevich (MiG) piston engine fighters. The I-225 for a time was the fastest Soviet piston engine fighter (though beaten by the Yak-3 M-108). The I-220 series are all very similar overall, though the I-220 though I-224 were primarily high altitude pursuit type interceptors. The I-225 was a more general purpose type, sort of along the lines of almost a hybrid of the Merlin-powered P-51 Mustangs and later Spitfires. All variants were powered by some variant of the Mikulin AM-42 V12 engine, better known for its use in the Ilyushin Il-10 ground attack aircraft, and was the ultimate versions of the Mikulin V12, which can trace the heritage of it's block and heads to the BMW VI of the 1920s. For use in the I-220 family, it was fitted with a turbocharger in addition to it's normal single stage supercharger (which was similar to what was used on the Allison V-1710).

All members of the I-220 family were armed with 4x20mm cannons and, especially the I-225, were high performance aircraft capable of performing well at all altitudes. The I-220 though I-224 were pressurized, while the I-225 wasn't. That is, when the turbo worked right.

Which is part of why I decided to put this here in the "what if" area. Mostly because it shows what the Soviets were ultimately capable of in terms of fighter design (the I-220s featured all metal monocoque construction and were fairly aerodynamically advanced), but also showed that the Soviets were behind in terms of engine and fuel tech (most Soviet fighters didn't use 100 octane fuel or effective two stage supercharging, hence had to rely on either lightweight aircraft, or big engines--the AM-42 was almost 47 liters in capacity and comprised nearly a 1/4 of the I-225's take off weight).

So let's discuss what impact the I-220s could've had, and maybe even how to improve them. 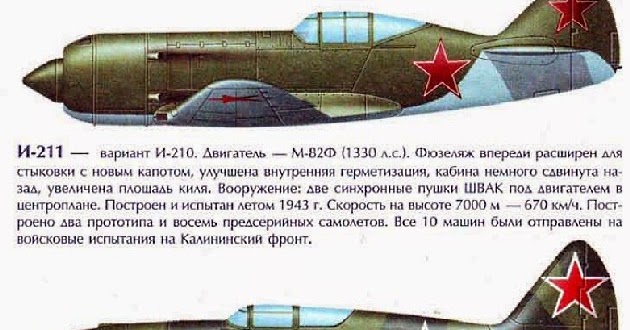 Decent photos of the I-220 are rare, but here's some good renders made for War Thunder: 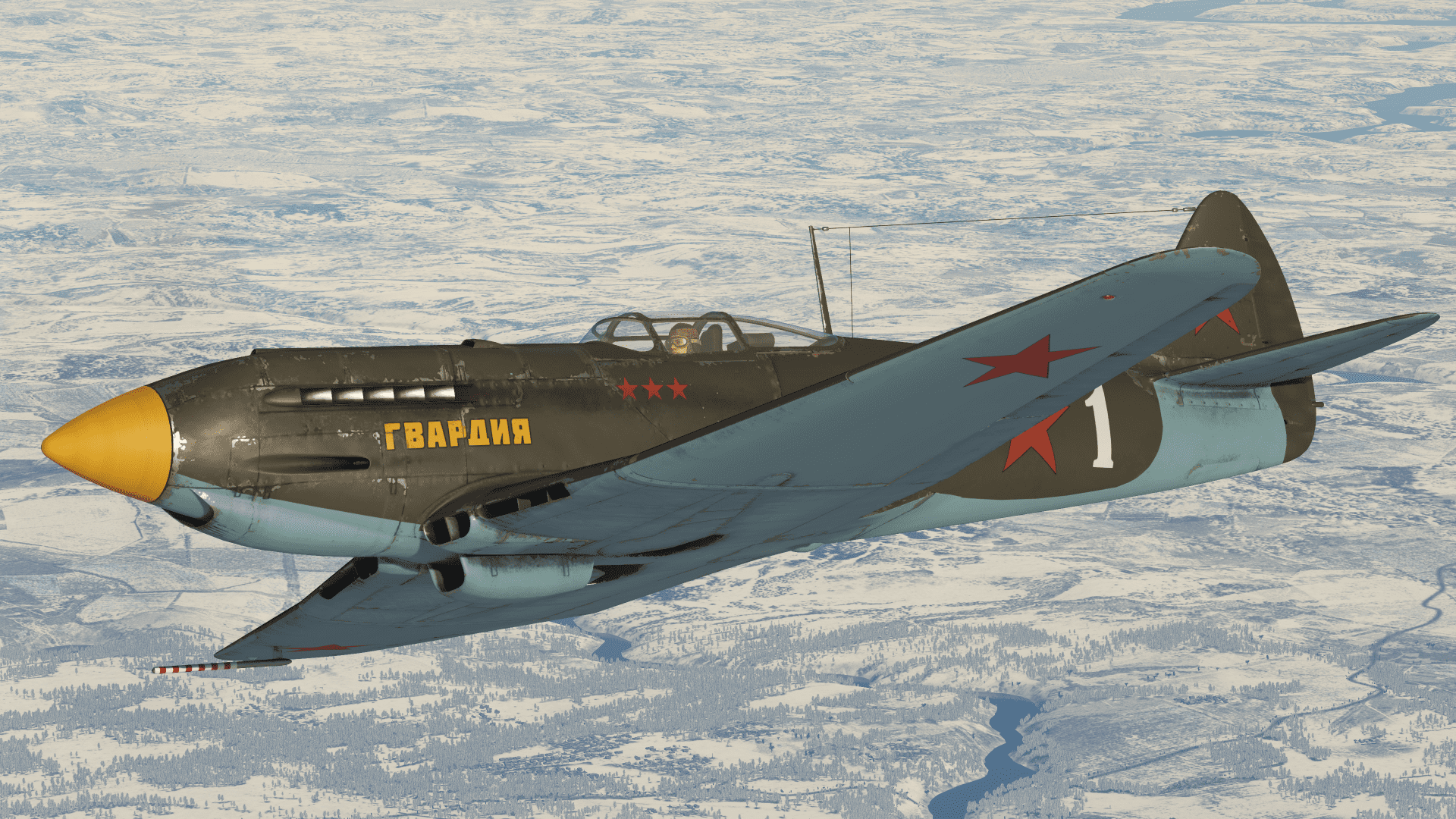 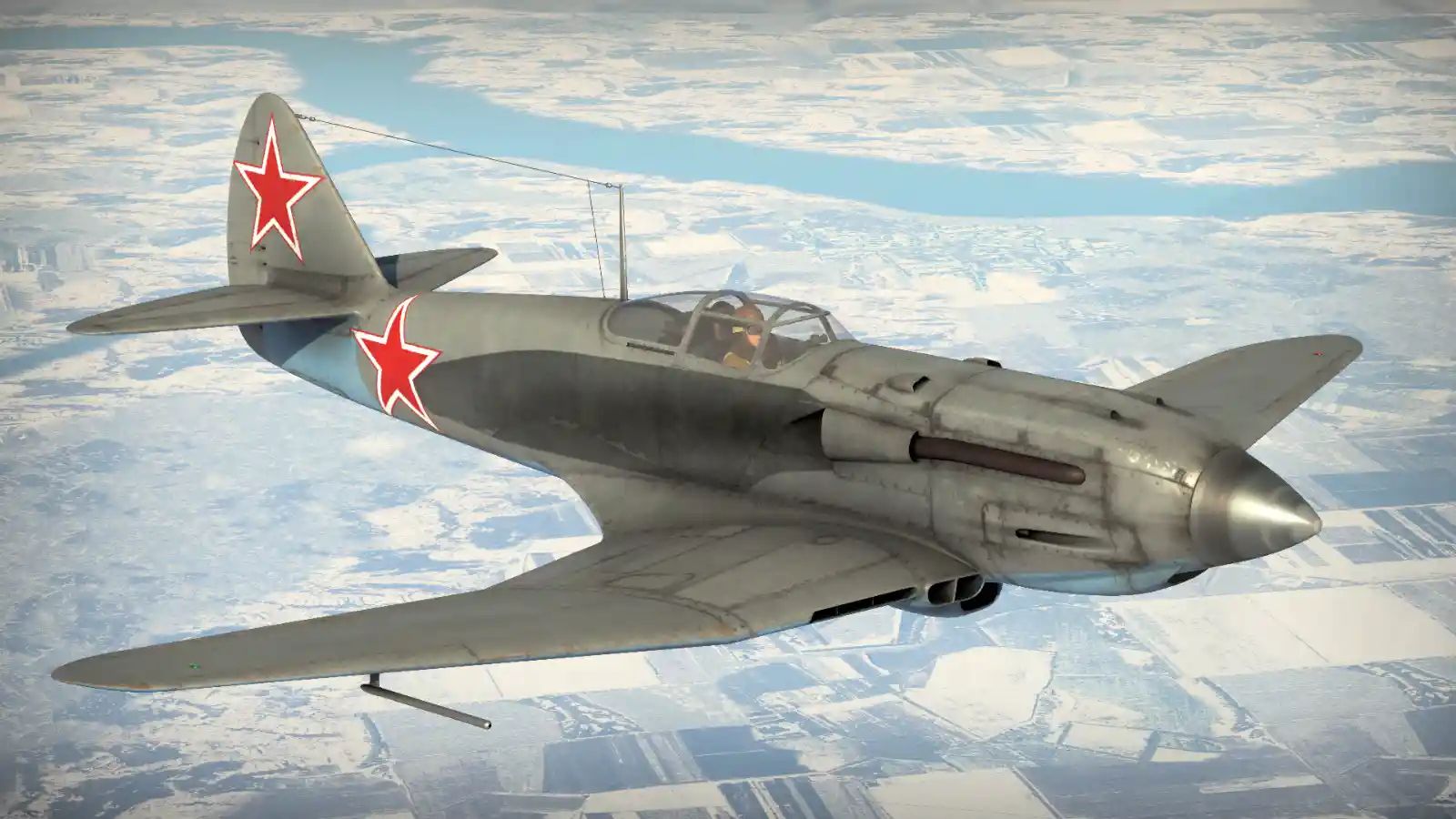 BarnOwlLover said:
So let's discuss what impact the I-220s could've had, and maybe even how to improve them.
Click to expand...

Soviet fighter force needed all the help they could've gotten back in ww2, so I'm all in for the improvement the Mikulin-powered fighters can provide. Even without the help of the turbochargers. Yes, an airframe sized like the I-220s (or like Spitfire, or P-51) will be required, Mikulin's engines were pretty big and heavy.
Possible engines:
- de-bugged AM-37 that does not overheat - perhaps reducing the compression ration might help?
- AM-38: just fine for altitudes between SL and 4000m
- AM-38A (not historical): the AM-38A with S/C set for a bit greater altitudes (talk 3000m rated altitude for 1400 HP there - no ram - with swirl throttle to help out at lower altitudes?)
- AM-39: two-speed supercharged, a lot of power down and at high altitudes
- M-82 series - solid choice, even if a bit draggier option than Mikulins, especially for the basic MiG-1/-3 airframe that was smaller than I-220s

AM-42 was only getting de-bugged in 1945?
Guns - Soviets had that figured out; great power will allow for start with 3 20mm cannons, later four?
B

The I-220s were all armed with 4x20mm cannons, and the AM-42 was in use in the Il-10 (though with single stage supercharger only). Ultimately, the Lavochkin La-9 and La-11 more or less fulfilled the role of the I-220s (though not great at high altitudes), since it used existing engines and was in the design stage for a while as an all-metal redesign of the La-7. Of course, the La-9 and La-11 were just hold overs (like the Yak-9U/P) until the first viable jets entered mass production. Of course, in Russia/USSR, MiG would emerge as the dominant maker of fighters once that change over happened, but that was a few years after World War II.

BarnOwlLover said:
The I-220s were all armed with 4x20mm cannons, and the AM-42 was in use in the Il-10 (though with single stage supercharger only).
Click to expand...

Roger that.
Appeal of the big Mikulins was that they can make fine power at altitude even with an 1-stage S/C.


BarnOwlLover said:
Lavochkin La-9 and La-11 more or less fulfilled the role of the I-220s (though not great at high altitudes), since it used existing engines and was in the design stage for a while as an all-metal redesign of the La-7.
Click to expand...

La-9 and -11 were outfitted with laminar-flow wing, and have had very heavy firepower when compared with what Soviet war time fighters had. La-9 with AM-39 (instead of the ASh-82FN) would've been an even better performer.
La-9 was later in 1st flight than the I-220 series, and was well behind the curve vs. the best Western aircraft of 1944 in anything but guns' firepower.
S

Soviets traded some firing time for heavier firepower per second. The LA-5s had 200rpg for two 20mm cannon. They usually did not get a 3rd cannon until the light weight Berezin B-20 showed up. But with the 3 light guns ammo was cut to 170rpg. The Post war LA-9 got four NS-23 guns which was certainly very heavy firepower, but..............they had only 75 rounds per gun. Firing time was cut considerably. great for bomber interception, not so good for fighter vs fighter.
B

Anyone have any info on the structural details of the I-220 series, namely the I-225?

BarnOwlLover said:
Anyone have any info on the structural details of the I-220 series, namely the I-225?
Click to expand...

We'd probably need the 'Soviet secret projects - fighters' book equivalent. Unfortunately, until the lunatic is in Kremlin, that is very unlikely to happen :\

Priority number zero is to have a doctrine shift.
Installing the drop tank facility on them should be easy.
M

BarnOwlLover said:
Anyone have any info on the structural details of the I-220 series, namely the I-225?

Hi
I presume the information contained in available books is inadequate for you purposes, but it is not a forgotten design series and data is available, although the same photos tend to appear. Having a quick look through my bookshelves the following have information on the I-220 series:
'Soviet Air Power in World War 2' by Yefim Gordon, pages 117-124, with data tables on pages 126-127.
'Soviet Combat Aircraft of the Second World War, Volume One' by Yefim Gordon and Dmitri Khazanov, pages 76-83.
'Mig Aircraft since 1937' by Bill Gunston & Yefim Gordon, pages 34-40.
'OKB MiG' by Piotr Butowski with Jay Miller, pages 124-126.
'The Osprey Encyclopedia of Russian Aircraft 1875-1995' by Bill Gunston, pages 180-183.
'Soviet Air Force Fighters Part 1' by William Green and Gordon Swanborough, pages 59-60.
'Russian Aircraft since 1940' by Jean Alexander, pages 199-202.

I sort of would like to know some of the internal arrangements (wing set up, fuselage set up, etc), though I've come up largely empty handed so far. I sort of doubt that a lot of plans exist today, and if so, they're either buried in the Mikoyan company's archives or god knows where. And (not to get political), it might take a regime change in Russia to get certain info, even about obsolete Soviet aircraft easily.

I mean, as far as plans and design sketches and schematics, it took quite a bit of digging and good luck to find some Mosquito plans and plans for the DH Hornet/Sea Hornet so, one, accurate measurements could be quoted as far dimensions and weights, let alone try and rebuild the one that's being worked on in New Zealand right now.
You must log in or register to reply here.