I'm looking for any info people may be able to find on this Ju88 with code L1+EN. As far as I know, it was with II Gruppe, Staffel 5, with LG1 in Crete in mid 1942, allegedly based in Heraklion.

I've only been able to find 2 profiles for this plane, both linked here: 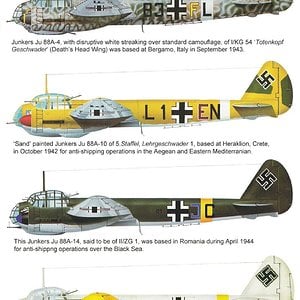 The Junkers Ju 88 was a World War II German Luftwaffe twin-engine, multi-role aircraft. Designed by Hugo Junkers' Junkers company in the mid-1930s, it suffered from a number of technical problems during the later stages of its development and...
ww2aircraft.net

Unfortunately I have no Ju-88 reference books.

I've seen some photos of an L1+FN, but that's not the aircraft I'm looking for.

Is it possible L1+EN doesn't exist and is really just a misinterpretation of L1+FN?

If anyone has any real photos or more info on this plane I'd appreciate it.

IMHO it may be the misinterpretation of L1+FN. Her "uniform" seen at the fin in the bottom last picture looks the same like in the profiles. I doubt there were two planes painted the same. 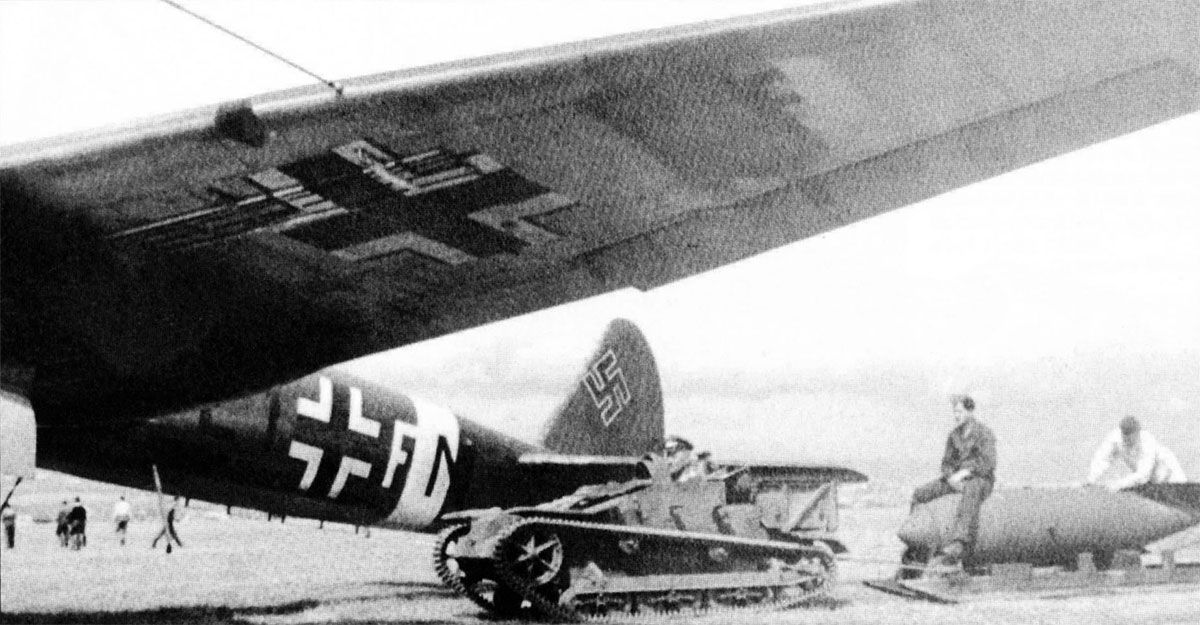 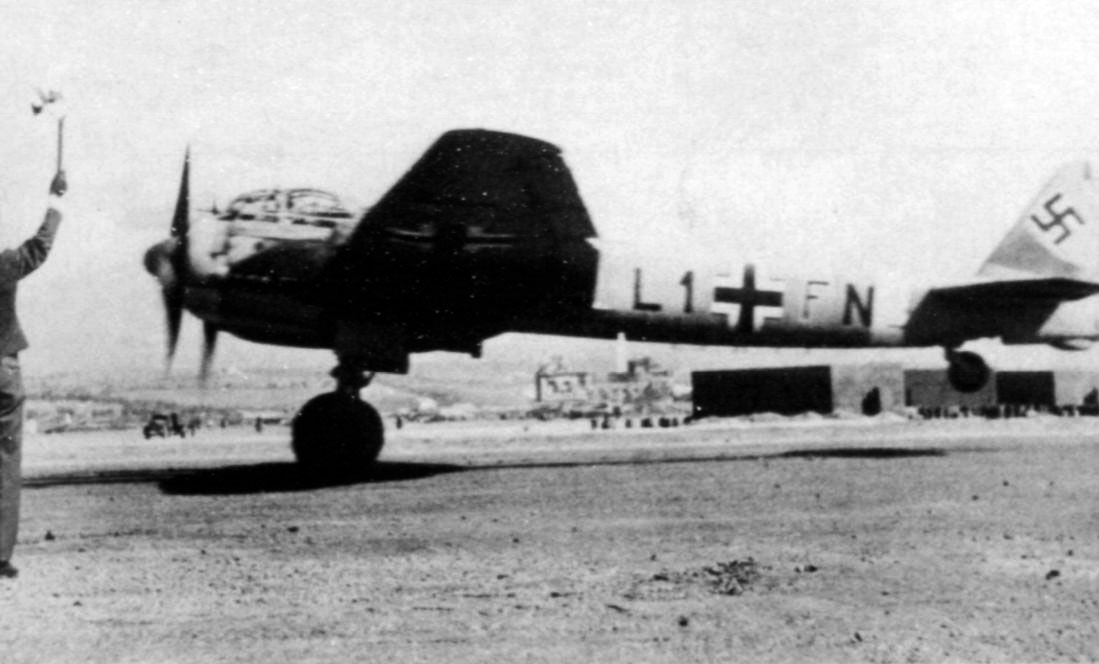 Awesome, thanks a lot. I appreicate the help

Just picked up on your thread, and if you want ant more info, I checked the Luftwaffe Officer Career Summaries at ww2.dk and found several references to L1+EN Ju-88A-5's, none for A-10s but there was one for an A-4 -

I would suspect that, given the aircraft are virtually identical, references would either confuse A-4 and A-10 or perhaps refer to the incorrect version. Hope this helps.
Cheers

I slightly disagree with these conclusions.

The A-5 was a direct derivate of the A-1. Due to delays in the development of the Jumo211J engine (which was foreseen for the A-4), the Jumo211G had to be used for next version after the A-3. The A-5 had an increased wingspan compared to the A-1 by added wingcaps - which meant that the ailerons now did not extend to the wingtips anymore.

Between the end of operations in France and the preparation for the attacks on Britain the last remaining A-1s were modified to A-5s. So during the famous Battle of Britain only A-5s were in use - and also the complete LG1 was equipped with A-5s since summer 1940.

--> it is highly unlikely that in June 1941 A-4s were in service at the Eleusis airfield.

Also other Squadrons of the Luftwaffe during the early days of of "Operation Barbarossa" in Summer 1941 still were equipped with A-5s.

Later only some of the A-5s of LG1 were converted to A-10s (aka A-5trop, i.e. dust filters on the engines and tropical emergency equipment in the life raft hatch on the rear tail of the aircraft). But they all were quickly replaced by A-4s and A-11s (aka A-4trop).

The A-4 hat the same wings as the A-5, so not distinguishable in terms of wingspan and aileron details. The A-4 got pneumatic de-icer boots on the horizontal stabilizers which the A-5 did not have. The stronger engine Jumo211J had much wider prop blades than the A-5. As well visible on some ground pictures, the entry hatch of the A-5 series was a Bola 39 with a single MG15, the A-4 very quickly received the Bola 81Z (MG81Z) after it became apparent that the Bola 39 was too weakly armored for the increased fire power of the latest fighters to give sufficient protection for the Ju88 radio operator. These entry hatches look very different.

Happy to receive your thoughts.
Cheers!

The Squadron-Signal book I have says the A-1 and A-5 were BOTH used in the Battle of Britain.
As for A-4 availability in the Mediterranean, that is unclear. Production is said to have started early in 1941 with first MAJOR combat use in Barbarossa in June.
J

mozit said:
Just picked up on your thread, and if you want ant more info, I checked the Luftwaffe Officer Career Summaries at ww2.dk and found several references to L1+EN Ju-88A-5's, none for A-10s but there was one for an A-4 -

I would suspect that, given the aircraft are virtually identical, references would either confuse A-4 and A-10 or perhaps refer to the incorrect version. Hope this helps.
Cheers
Click to expand...

This was very helpful, thanks a lot!
You must log in or register to reply here.