As many of you will have already seen, XM655 suffered a runway excursion earlier today during our trial run for the event which was planned for Sunday 18th. That event has been cancelled, all ticket holders have been informed by email and full refunds have been processed via Eventbrite. As far as we can see, the aircraft is largely undamaged, but in addition to the ongoing recovery work, we also have a lot of inspection work to carry out before we can consider any further live activity.
In an attempt to reduce uninformed speculation, we will explain what happened. After satisfactorily completing low speed steering and braking tests on runway 05/23, the aircraft was taken onto runway 18/36 for a trial high speed run. Due to a malfunction of a piece of equipment in the cockpit, the aircraft remained at full power for approximately two seconds longer than intended. This resulted in excessive speed and less distance in which to stop, and the aircraft passed beyond the end of the runway on to the agricultural area, stopping just before the airfield perimeter. The failed equipment was an air speed indicator which had been tested and found satisfactory six days ago, and which started working normally before the end of the run. The aircraft brakes worked properly but were unable to bring things to a halt within the reduced space available.
We will provide further updates when XM655 has been recovered and we have had chance to assess any damage.

This is the one at Wellsbourne I believe.
Hope they can recover her without too much hassle, and that any damage is light. 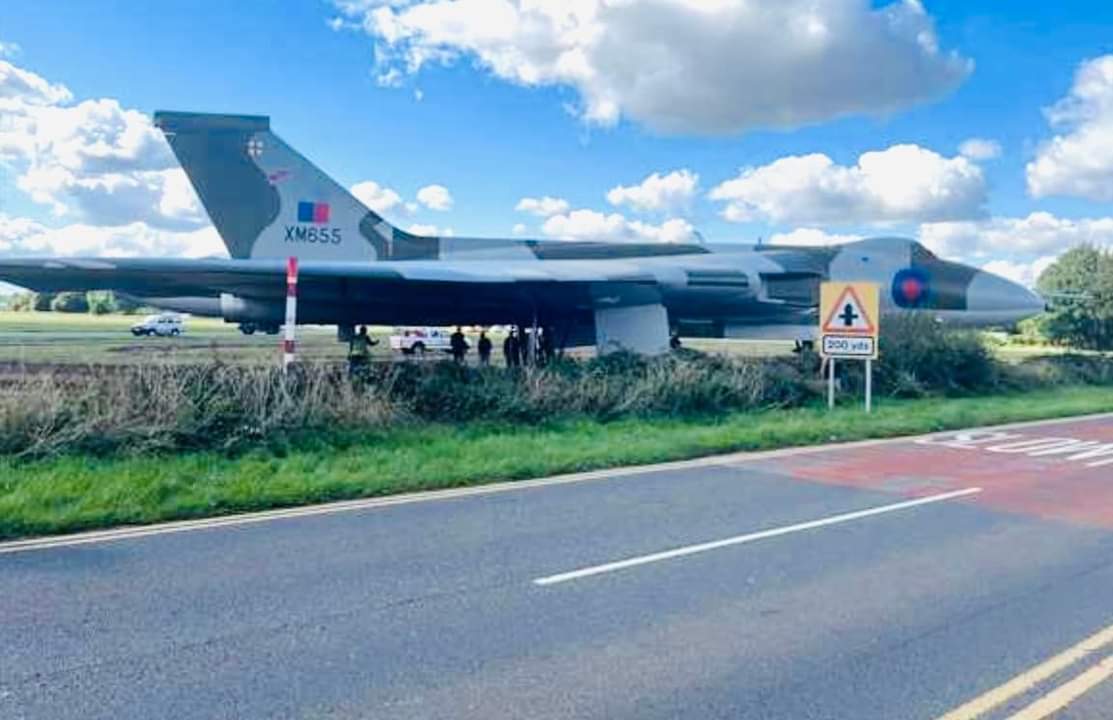 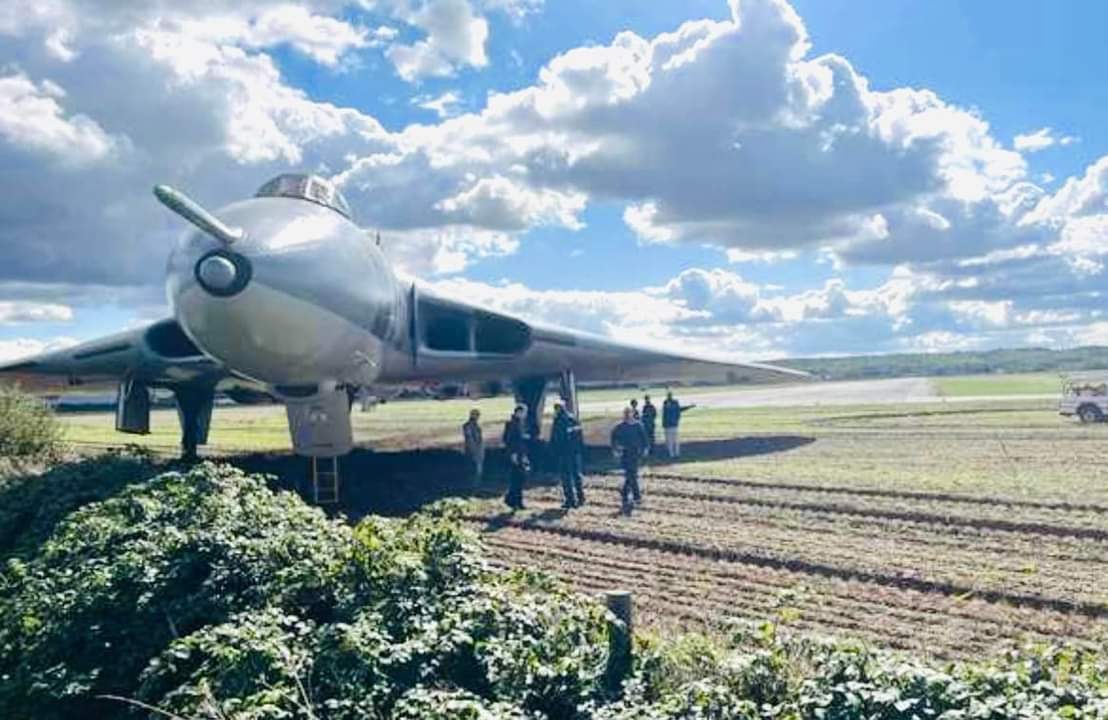 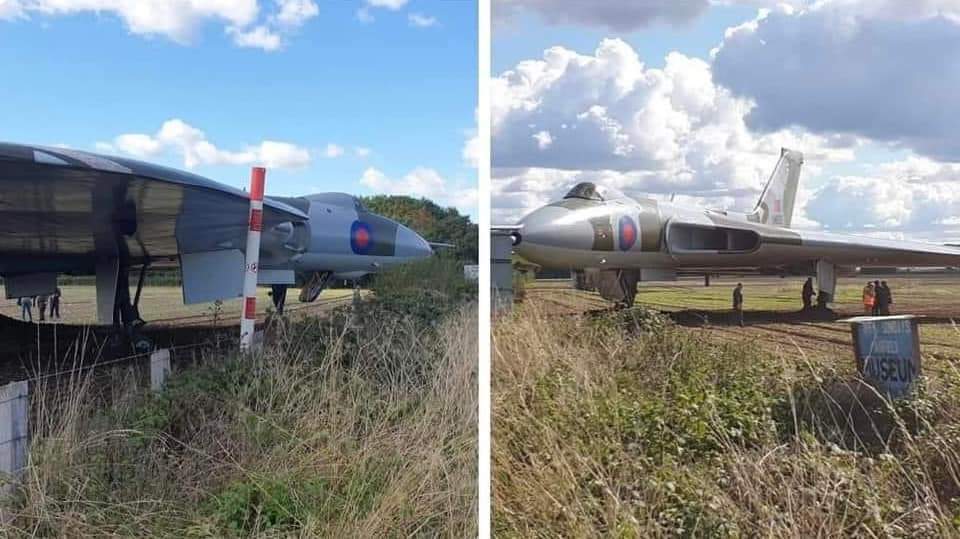 Just out of view in the first photo, there's probably a road sign warning of "Low Flying Aircraft" !!!

Actually it reminds me of cows that poke their noses over the fence when a human approaches.
K

At least it stopped before it got interesting. Another 20 metres and I think XM655 would be in need of some serious repairs.

No, but the tricycle undercarriage is not designed for agricultural work Can't exactly hook up a tow-truck and pull it out as is, some temporary roadway will need to be in place to prevent worsening any current damage or creating more. very careful planning needed, and as we are now in autumn/fall, rain will not help

KSJ said:
No, but the tricycle undercarriage is not designed for agricultural work Can't exactly hook up a tow-truck and pull it out as is, some temporary roadway will need to be in place to prevent worsening any current damage or creating more. very careful planning needed, and as we are now in autumn/fall, rain will not help
Click to expand...

I suggest that uncle

Airframes do the planning, then it'll involve some booze, because he's fr....!
You must log in or register to reply here.

J
I know that its not WW2 but does anybody know what part of a Vulcan bomber this is from?