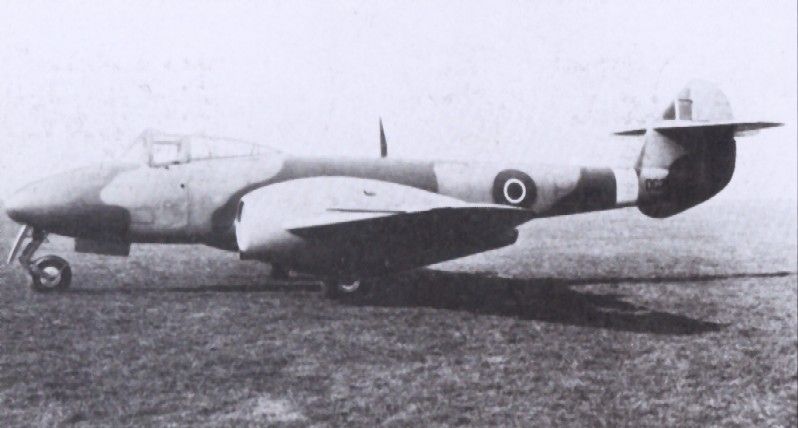 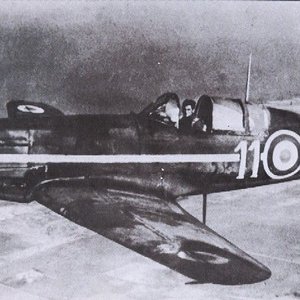 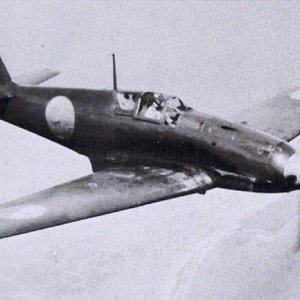 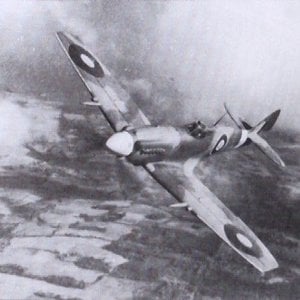 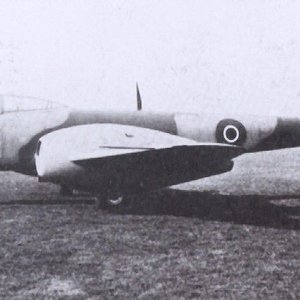 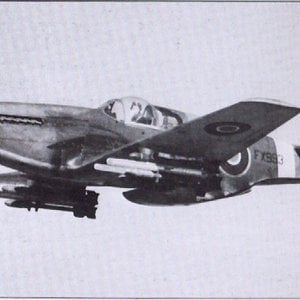 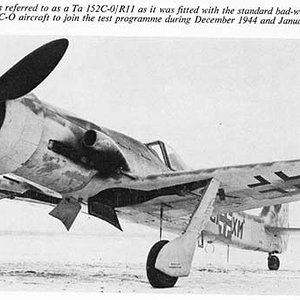 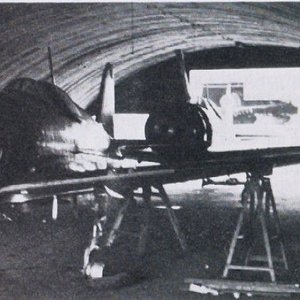 Shown here is the first Meteor prototype (DG206/G) to fly on 5th March, 1943, at Cranwell South airfield. It was piloted by Michael Daunt.
Click to expand...
In November 1940, Gloster Aircraft's design staff headed by Mr. W. George Carter was entrusted with the design of a single seat interceptor fighter to Air Ministry specification F.9/40, the first specification ever prepared in Britain for an operational jet aircraft. The result, which would become the Meteor, was the first jet aircraft to enter squadron service with the Royal Air Force, and the only Allied jet aircraft to see operational service during the Second World War.

A conventional twin-engined layout was adopted for the new fighter from the outset, due to the absence of any single turbojet offering sufficient thrust to provide the required performance dictated by the Ministry's specification. On February 7, 1941 Lord Beaverbrook's Ministry of Aircraft Production placed an order for twelve prototypes (DG202-213 inclusive). Long before the first prototype had flown, Gloster Aircraft had received an initial production order. This order, placed in September 1941, called for twenty aircraft to which the name Thunderbolt was allocated. This name was officially changed to Meteor in March 1942 to avoid confusion with the American Republic P-47 (See Note 1). The Ministry simultaneously ordered the manufacture of jigs and tools for the production of the new fighter which, it was planned, would be built at the rate of eighty machines per month. In the event, only eight prototypes were completed, the first of these (DG202/G) commencing taxiing trials at RAF Newmarket Heath on July 3, 1942, powered by two de-rated Rover W.2B turbojets. These were non-flying engines producing 1,000 lb.s.t. After the completion of these ground trials, DG202/G was returned to Gloster Aircraft to await the delivery of the more powerful Power Jets W.2/500 turbojets. However because of production difficulties with these engines, Rover B.23s rated at 1,526 lb.s.t. were installed in their place, DG202/G eventually flew for the first time on July 24, 1943.

In the meantime, examples of the Halford H.1 turbojet rated at 1,500 lb.s.t. became available, and a pair of these were installed in the fifth prototype (DG206/G). This became the first Meteor to fly. Doing so at RAF Cranwell, on March 5, 1943.

The other Meteor prototypes were fitted and tested with a number of different turbojet powerplants.