Sorry this is not a WW2 model but I believe that this is the last USAF F-15E I will now see in person in the air and would rather like to model it, I have done some searching around and cannot find anything so thought I would ask if anyone here knew if there were either decals available and hiding from me or even if they are planned?

The jet in question appearing at the Duxford American Air Day this year - sorry for poor photos it rather caught me (us all) off guard! 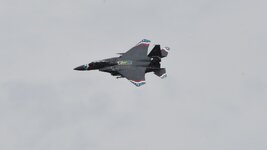 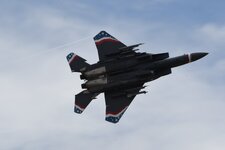 No I’ve not seen any for this one. Reid Air (Speed Hunter Graphics) has done a couple but not this one. Maybe two bobs but don’t recall it.

It’s a Lakenheath bird, searched everything I could and couldn’t find anything on it. I don’t recall anything for it.

IMHO that's too "fresh" event. I would wait to the upcoming year. It's very likely the decal set may come at the mid of it.

When Oregon ANG 73FW did theirs I had a set special made, spent $80 on one offs. Eight months later Revell released their F-15C in the box with those markings, then GW did the same! California ANG 144th Wing did their bird and the decals came out pretty shortly! Now special paint scheme are covered faster and faster, I was going to ask when you saw it? May pop out pretty soon! LN birds don’t have a lot of AM but they are showing up more and more. Furball and Bulleyes both have sets.
D

It won't be long. There is a set of downloadable skins for use in Microsoft Flight Sim. Decals shouldn't be far behind. 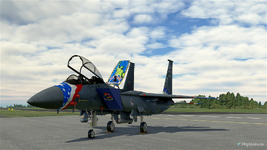 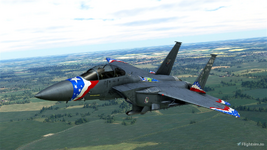 Thank you all, I shall sit tight then!