Earlier and stronger establishment of the RIAF

The Royal Indian Air Force (RIAF) was established in 1932. If money and interest could be found (perhaps from within India itself rather than Westminster), what is the potential for and impact of an earlier (say 1928) and stronger establishment of the RIAF? For starters, we might see Hindustan Aircraft Limited (HAL) founded in the early 1930s rather than 1940. I'd like to see RIAF squadrons established and focused on defending Britain's Indian and SEA commands, including contributing to Malaya in 1941. Does a credible RIAF impact the independence movement?
Last edited: Sep 2, 2022
A 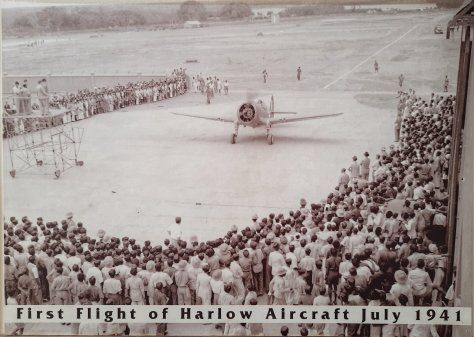 My personal blog. My corner on the Internet where I can write about the stuff I feel like. 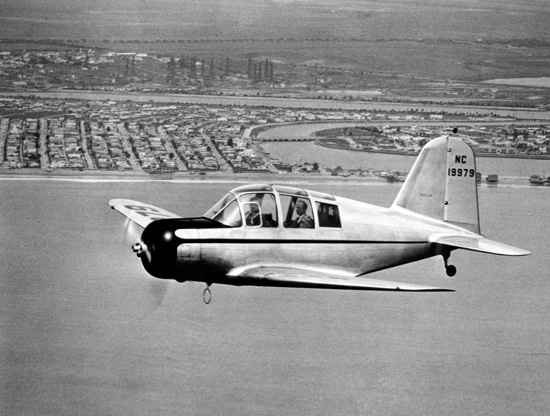 That should be able to help Malaya, but the Burmese border is still going to be very difficult to attack until better support doctrine and better planes come on line. Does an early-thirties start give the latter a kick in the pants? Hard to say. But the benefits of being able to produce, say, Hurricanes or even Skuas locally seem pretty obvious, right.
A

Thumpalumpacus said:
Hard to say. But the benefits of being able to produce, say, Hurricanes or even Skuas locally seem pretty obvious, right.
Click to expand...

Agreed. I propose that the RIAF is founded earlier. Some good info below.

Admiral Beez said:
Agreed. I propose that the RIAF is founded earlier.

I get that, and it's good if the pilots can be sourced locally too. I'm not sure an air force complete with manpower and doctrine can be built that quickly, but all the better if it is at least partially capable -- compared to what actually went down.

Even without that integral RIAF, having regional factories able to replace airframes and manufacture spare parts would go a ways for tiding things over for RAF pilots in the early war, because it was always a logistical nightmare, that theatre.

I bet the Dominion Training could send a class or two to India to pick up and fight the locally-supplied airplanes, and why not? Saves shipping the airplanes if nothing else, and those factories could perhaps supply replacements and spare parts.
E

The opening post seems to me to be viewing matters through WW2 eyes (i.e. a far east theatre extending from Singapore in the east to Karachi in the west) and not those of the 1930s. So lets sort out the politics.

The British Govt in Delhi was responsible for governing the British Indian Empire. Broadly that covered modern day India, Pakistan and Bangladesh. It included Burma until 1937, when the latter became a separate colony with a Governor General reporting direct to the Colonial Office. Ceylon & Malaya were also separate colonies with their own Governor Generals reporting to the Foreign Office.

So until 1939 The British Indian Army (as opposed to British Army troops in India under operational command of GHQ India), the Royal Indian Navy and the Indian Air force (it didn't become the Royal Indian Air Force until March 1945) reported to the Govt in Delhi and were funded from there. Those forces were relatively small. The RIN had about 8 ships in 1939. The Indian Army had about 200,000 personnel in the 1930s. And the IAF had a single army co-operation squadron. These numbers are a far cry from the 2.5m men in the Indian Army at its peak in WW2. The Indian Army's main responsibility was policing the Indian Empire i.e. protecting the North West Frontier from invasion from Afghanistan, keeping the warlike tribes in that region under control and general internal security.

In 1930 Britain maintained about 60,000 personnel in India (which included Burma at that time).

It was only as WW2 approached that that the British Indian Govt began to sanction units of the Indian Army serving abroad. For example the first Indian Army battalion wasn't sent to Malaya until 1937 and the next unit, 12th Indian Brigade didn't arrive until Aug 1939, to free up British Army troops to be sent home. When Burma became a separate colony a single Indian Army battalion transferred to the newly created Burma Army. It was Oct 1939 before the first Indian Army Division (the 4th) was formed in Egypt

Again to give some context the RAF in India in the 1930s had the following units:-

Plus of course 1 squadron IAF with Wapitis from April 1933 until Harts began to be received in June 1939 (but these never fully replaced the Wapitis due to shortage of spares). But this "squadron" was a single flight between 1933 and April 1936 when a second flight formed with a third forming in June 1938 (see below for the reason). From April 1936 it maintained a single flight on the North West Frontier alongside RAF units. The IAF only formed its next squadrons in 1941, with 2 & 3 squadrons IAF forming in April & Oct 1941. So the build up to the eventual 1945 strength of 10 squadrons was slow. And throughout WW2 keeping an eye on the NW Frontier played a major part of the expanding IAF role, releasing RAF squadrons and some IAF units for service in Burma.

So for the Govt in Delhi in 1928 or 1932 or whenever, the question is what size of air force does it require to fulfill its responsibilities within the Indian Empire? Anything outwith those areas is not its problem. That is London's problem and by implication in the aviation field, the RAF's. Politically it is only after 1937 that its responsibilities start to edge up as war gets closer and 1939 before anything major starts to cause it to increase its help to the Mother Country as war looms.

So even if it were to take over all the RAF reponsibilities, something I'm sure the London would not have agreed to, you are looking at another 5-6 squadrons. And then what types? There is no air defence threat. The need is for aircraft to co-operate with army units to keeping the local North West Frontier tribesmen under control. And for the latter role the Wapiti was more than adequate in the 1930s. It was the Lysander that served as the replacement for those Wapitis & Harts in the IAF squadrons in late 1941.

Something perhaps not immediately obvious to us in the west and used to a very technically able part of the Indian population today, is that that was not the case in the 1930s. Most of the country was illiterate. Those that did graduate from technical schools found their skills in high demand right across the country. The IAF then had to compete for those individuals. That seems to have hindered expansion of even 1 squadron IAF over the first 5 years of its life before it reached full strength. This from Halley's "The Squadrons of the Royal Air Force and Commonwealth 1918-1988":-

"As always the governing factor was personnel. Indian officers, on graduation, tended to compete for cavalry or infantry regiments with long traditions. Spending one's career in a drab uniform in the heat and dust of the Frontier while driving a noisy and dirty aeroplane lacked certain attractions. For ground staff, it bordered on masochism."

Against that background the IAF was able to form a Volunteer Reserve in 1939 whose personnel manned 5 coastal defence flights off major ports. Training was at civilian flying schools and in the UK until a service flying training school and an OTU were formed in 1939 to bring pilots up to the required operational standards.

But that reflects a chicken & egg situation. If you can't get enough candidates in the first place what is the point in setting up training organisations in India.

So yes, it is a great idea to try to start developing an IAF and Indian aviation industry earlier, but I'm struggling to see how the factors that hindered it until almost the outbreak of WW2 can be overcome any earlier within India itself.
E 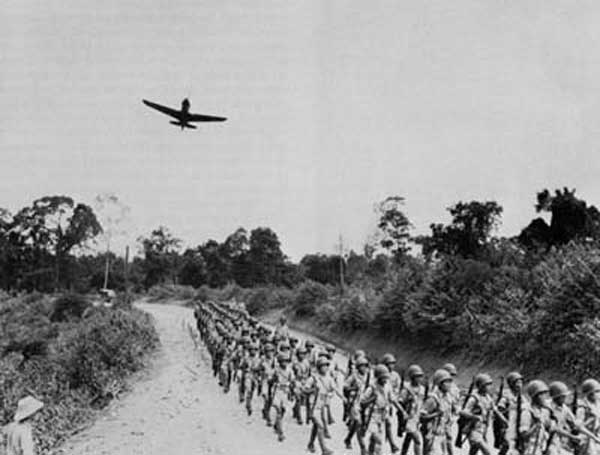 The invention of the aircraft in 1903 added a new element to warfare. Now to maintain the balance of military power, the states needed air power also. India was introduced to the aeroplane in 1910. Subsequently, RAF Squadrons came to India for operations in

The world’s first airmail service was started in India at Allahabad; on 18th Feb 1911 the occasion of Kumbh mela.This in turn led the beginning of civil aviation in Ind

The birth of Indian civil aviation (as opposed to aviation in India) was in 1927 with the creation of a Directorate of Civil Aviation and the Royal Aero Club of India and Burma Ltd. The Bombay Flying Club, the first in India, was only formed in 1928. The first Indian air line, Tata Air Services, was formed in 1932 and became Air India after independence.

The world’s first airmail service was started in India at Allahabad; on 18th Feb 1911 the occasion of Kumbh mela.This in turn led the beginning of civil aviation in Ind

Note that the Aero Club took two years to issue its first pilots licence (to JRD Tata later founder of Tata Air Services) and only issued 746 in the 10 years between 1929 and 1949 and for 6 of those it’s activities virtually ceased due to WW2.

As for HAL itself, there seems to have been a connection between its formation in Dec 1940 and Indian Govt investment in April 1941 with Curtiss contracts for delivery of P-36 aircraft to China. Initially these were to be in kit form for assembly by CAMCO in China. After assembly of a handful in China the contract ended up with HAL in Bangalore who also assembled an unknown number which may have ended up in RAF hands in 1942. I’m still trying to fathom out the detail of that.

So we really are looking at the very earliest days of organised aviation in India in the 1928-32 period. Flying itself was a costly business, which by itself would preclude virtually all of the Indian population from participating. Don’t get me wrong there were members of Indian origin as noted above, and enough for questions to be raised in the British Parliament in Feb 1939 about their alleged discriminatory exclusion on colour grounds from membership of British flying clubs (it was noted however that there was a govt imposed requirement that the British clubs only admit British citizens normally resident in Britain and that they had probably fallen foul of the latter point). But they were probably considerably outnumbered by Europeans. Any Britons interested in military flying would probably seek to join the RAF.
You must log in or register to reply here.

Jan 13, 2023
Admiral Beez
A
B
Supermarine Spiteful and the Merlin?