Apologies if I have put this in the wrong section.
I recently acquired an Airfix WWII Airfield set which contains the Bedford QL and the AEC Matador Refuellers.
Since the Matador would have been used to refuel large aircraft (Bombers) and the Bedford wasn't introduced until 1941,what did the RAF use to refuel the fighters before the Bedford?
Cheers,
Tony.

There were a number of vehicles, some basically civilian fuel tankers converted to 'bowsers', but the most common was the Crossley re-fueller. You'll find pics of these in most books covering the BoB. There were also bowser trailers,towed by tractor, and a three wheeled self-propelled bowser. There might be some info and pics on the web-sites for the RAF Museums, Hendon and Cosford, and also possibly the IWM, Duxford.
M

Here are a couple of photos that I had readily at hand of fuel bowsers being used during the Battle of Britain. 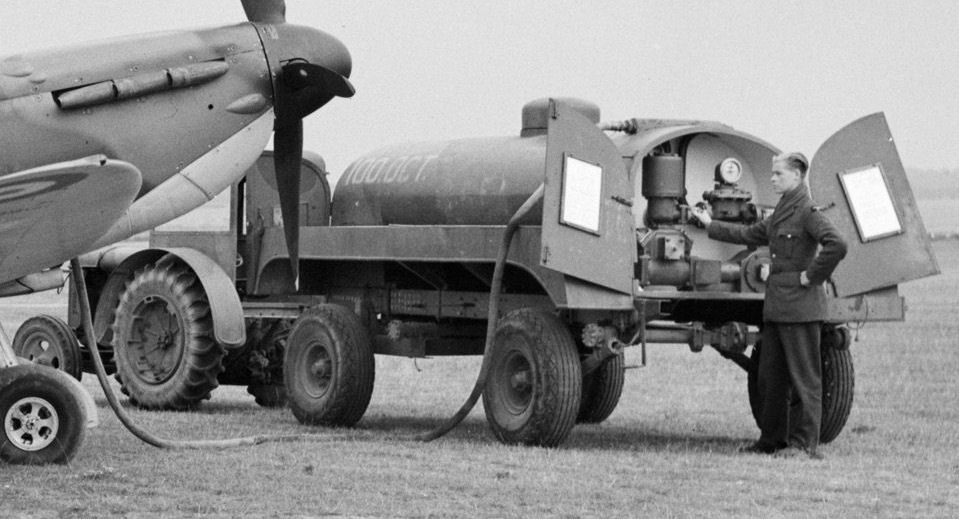 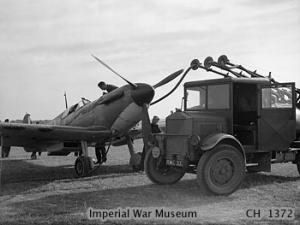 You're welcome Tony, and great pics there Mike. The vehicle in the second and last shots is the Crossley. Another type, very similar in appearance, was the Albion.

Heres a few of the three wheeled variety and I've also included a couple of shots of a bomb trolley and 'half-track' conversion to a Fordson that you may want to look into building and adding to your airfield ?.

That three wheeled job looks like it would tip over if the c-of-g shifted an inch when the tank was full. And that tractor is quite the beast. Were the drive sprocket and idler that large to avoid having to make changes to the tractor transmission and yet still get the low gearing equivalent?

Great pics Gary.8)
Quick question -
What paint scheme would have been used on the AEC Matador during the BoB era? Would it be RAF Blue(not the uniform type),Dark Earth or a camo mix of Dark Earth/Dark Green?
Cheers,
Tony.

Tony, not sure if the Matador would be around in the BoB period, apart from on bomber bases. The colours would be Dark Earth, with a very dark Green 'Mickey Mouse Ears' camouflage pattern. Later, these were also seen in overall dark earth, often with a faded cammo pattern. The RAF Blue, with the yellow top sides, was introduce post war. Immediate pre-war, the vehicles were overall RAF Blue, changed to either overall dark green, or a described above, on outbreak of war. There were a few exceptins for RAF vehicles not always on airfields, such as Staff Cars, Utility trucks etc, which could still be seen in RAF Blue, but mainly it was as described above, for all vehicles.
M

Brilliant. Found a picture of a trailer i have. No bowser part though.
M

tonyb said:
Great pics Gary.8)
Quick question -
What paint scheme would have been used on the AEC Matador during the BoB era? Would it be RAF Blue(not the uniform type),Dark Earth or a camo mix of Dark Earth/Dark Green?
Cheers,
Tony.
Click to expand...

Chapter 7 of 'Wheels of the RAF' by Bruce Robertson has some information on camouflage, extract follows: 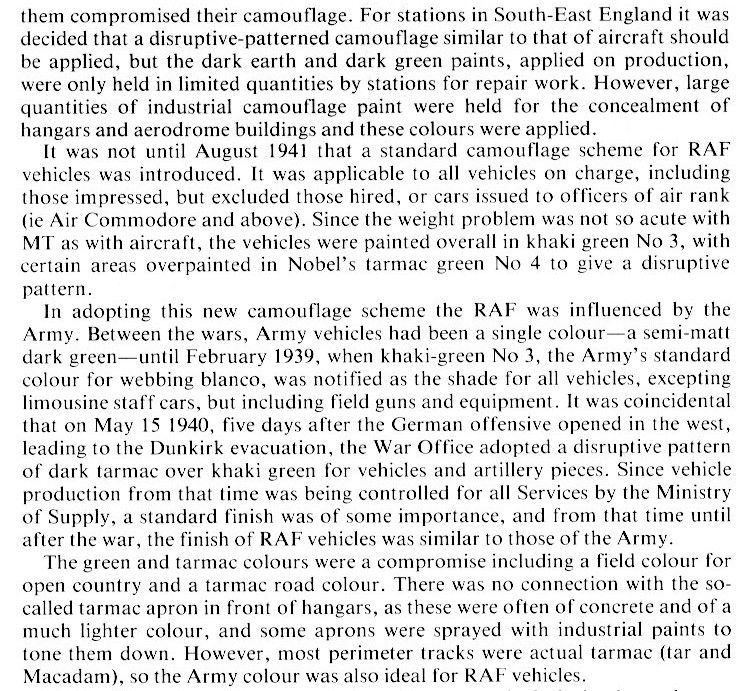 Plus an illustration of 'Mickey Mouse' camouflage from the same publication: 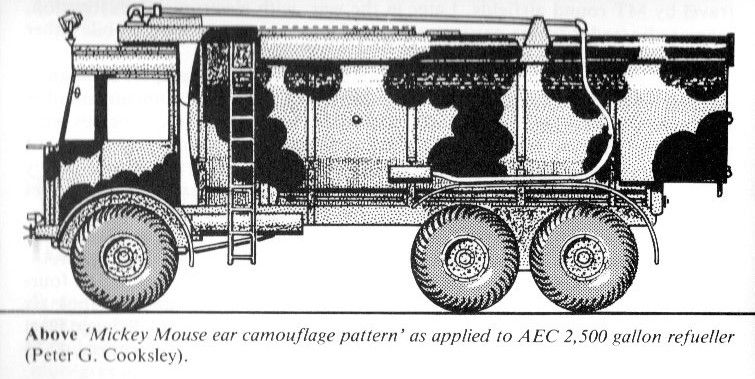 Other books that might be useful are:
AIRFIX magazine guide 27 'Modelling RAF Vehicles' by Gerald Scarborough.
'RAF Ground Support Equipment since 1918' by F J Adkin.

I hope that is of interest.

Mike
You must log in or register to reply here.

Who is who? RAF list of names and numbers organisation scanned ocr