Does anyone know where I could find a the total number of bombs dropped on the UK during the Blitz?

I can find info for London / UK cities individually, but I am struggling to find an informed estimate (at least) from a reliable source for the number/tonnage of bombs dropped on the whole of the UK between 7th September 1940 and 11th May 1941.

Some I've found so far... - the appendix of 'The Night Blitz: 1940–1941' by John Ray which includes a table with bomb tonnage dropped but only covering 'major' attacks - those being attacks in which at least 100 tons of bombs were dropped on the target.

Following a BBC2 series, there were many articles written (inc. promo from the BBC) which claimed that 'over 450,000' bombs were dropped over Britain during the Blitz. Does anyone happen to know where I could verify?

Would be so appreciative of any suggestions for resources/books/anything that might help verify an approximate total number or tonnage for the UK.

HyperWar: The Defense of the United Kingdom Appendicies between XXVI and XXXIII.

However the figures are not internally consistent, then there are the stated limitations in what they are covering.
P

Something to consider with German figures is the target itself. Hull was the most bombed out place in UK because not only was it sometimes the primary target it was frequently the secondary target or just a target of opportunity. If conditions were poor and a crew couldnt find a target, if you could find anywhere at all you could find Hull, and its last stop before turning south to Belgium Netherlands. Hull Blitz - Wikipedia
E

Local authorities in each city/town produced “bomb maps” showing the location of each bomb dropped and are often annotated with the estimated size. Some of these are available on line. Attempts have been made to collate some of this data. The best covered is probably for London on this site:-

Explore the London Blitz through our website. Discover London during WW2 bombing raids, exploring maps, images and memories. The Bomb Sight web map and mobile app reveals WW2 bomb census maps between 7/10/1940 and 06/06/1941, previously available only by viewing them in the Reading Room of The...

Clydebank (on the River Clyde west of Glasgow for anyone not familiar with U.K. geography) 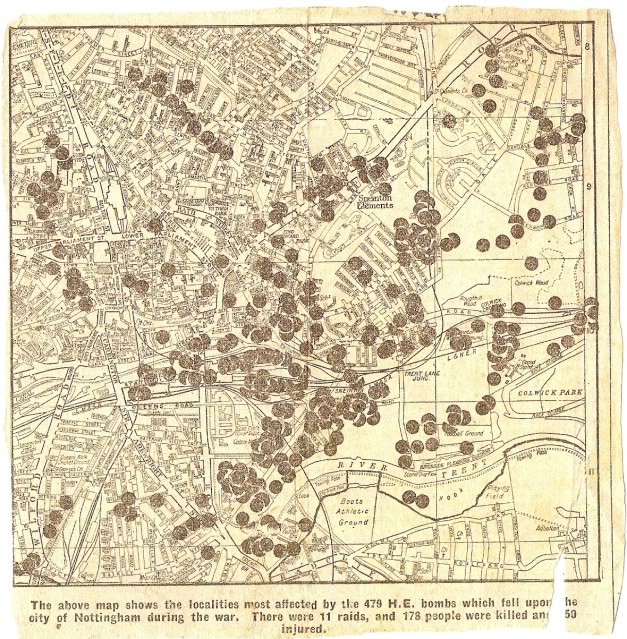 File:Map of the locations of bombing in Nottingham during the Second World War.jpg - Wikimedia Commons

A topic only for internal thought and not forum discussion as it causes great upset is the ethics of civilian targeting (as in Ukraine and as in WW2). One of the most surprising things I learned was when a long passed away friend Armand Desormeaux, was asked by his family to move away as they were ashamed of him for bombing civilians in Germany. He explained at dinner how he did feel bad when he saw children running on fire not realizing that his family were not desensitized. He explained he did not pick targets he followed orders and in any case he was a tail gunner. Again, only for internal contemplation. Ethics of war is not simple. That’s why I love the machines but hate the killing.
You must log in or register to reply here.

Tons of bombs dropped in WW2

C
Was Port Moresby the first rea defeat of the IJN in the air?