According to this site
http://www.world-war-2.info/facts/

* A number of air crewmen died of farts. (ascending to 20,000 ft. in an un-pressurized aircraft causes intestinal gas to expand 300%!)

The dangers of unpressurised aircraft

Had to be the BF109's landing gear

* The Russians destroyed over 500 German aircraft by ramming them in midair (they also sometimes cleared minefields by marching over them). “It takes a brave man not to be a hero in the Red Army”. - Joseph Stalin

* Generally speaking, there was no such thing as an average fighter pilot. You were either an ace or a target. For instance, Japanese ace Hiroyoshi Nishizawa shot down over 80 planes. He died while a passenger on a cargo plane.

* It was a common practice on fighter planes to load every 5th found with a tracer round to aid in aiming. That was a mistake. The tracers had different ballistics so (at long range) if your tracers were hitting the target, 80% of your rounds were missing. Worse yet, the tracers instantly told your enemy he was under fire and from which direction. Worst of all was the practice of loading a string of tracers at the end of the belt to tell you that you were out of ammo. That was definitely not something you wanted to tell the enemy. Units that stopped using tracers saw their success rate nearly double and their loss rate go down.

* More US servicemen died in the Air Corps that the Marine Corps. While completing the required 30 missions, your chance of being killed was 71%. Not that bombers were helpless. A B-17 carried 4 tons of bombs and 1.5 tons of machine gun ammo. The US 8th Air Force shot down 6,098 fighter planes, 1 for every 12,700 shots fired.

* 6 bomber crewmen were killed for each one wounded

* Over 100,000 Allied bomber crewmen were killed over Europe

* The first American serviceman killed was killed by the Russians (Finland 1940).

* The first German serviceman killed in the war was killed by the Japanese (China, 1937)

* The MISS ME was an unarmed Piper Cub. While spotting for US artillery her pilot saw a similar German plane doing the same thing. He dove on the German plane and he and his co-pilot fired their pistols damaging the German plane enough that it had to make a forced landing. Whereupon they landed and took the Germans prisoner. It is unknown where they put them since the MISS ME only had two seats.

* Following a massive naval bombardment, 35,000 US and Canadian troops stormed ashore at Kiska. 21 troops were killed in the fire-fight. It would have been worse if there had been Japanese on the island.

* The Graf Spee never sank, The scuttling attempt failed and the ship was bought by the British. On board was Germany’s newest radar system.

* The average German officer slot had to be refilled 9.2 times

* Most members of the Waffen SS were not German

There are many more on the site

I find some of those a bit suspicious.

I don't take many of those as 'facts'. They'd need to be proved.


But this one is just funny

* Following a massive naval bombardment, 35,000 US and Canadian troops stormed ashore at Kiska. 21 troops were killed in the fire-fight. It would have been worse if there had been Japanese on the island
Click to expand...

Yeah I found some of them suspicious as well, particularly the claim about the Graf Spee not sinking

I wonder where they got that stuff from?

It's the same kind of thing when people say "Dogs can't look up" and stupid people believe them without actually thinking to themselves..."What do wolves do when they howl?" or "They look up at me all the time"

I found this on the following site
http://www.wilk4.com/humor/humorm175.htm
The Graf Spee never sank. The scuttling attempt failed and the ship was bought as scrap by the British. On board was Germany's newest radar system.

The Graf Spee did sink when scuttled, but only in waters less than 25 ft deep. It was not bought as scrap by the British, and in fact lay in the silt in the River Plate estuary in Uruguay. An effort is being made to raise her to turn her into a ship museum. See "Salvage Team Prepares to Raise WWII Ship" for more details of her sinking and the recovery effort. (Thanks to Lewis Perelman for the info)
http://www.dw-world.de/dw/article/0,,1104786,00.html

Bado said the recovery team would first try to remove a 27-ton communications tower equipped with early radar and what was then sophisticated sighting equipment for its 11-inch guns.

“The radar was one of the first to be used in that era,” said Bado, whose group has private funding and Uruguayan government backing for the operation which could take years.

“(The Graf Spee) will be rebuilt on land and will be the best ship museum in the world," said Bado. "This is the last salvageable German battleship." 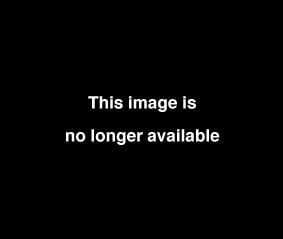 So it sank in shallow waters and is being recovered 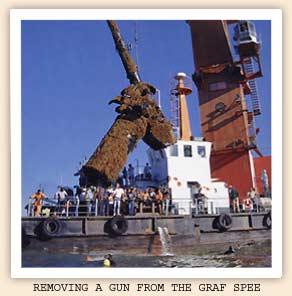 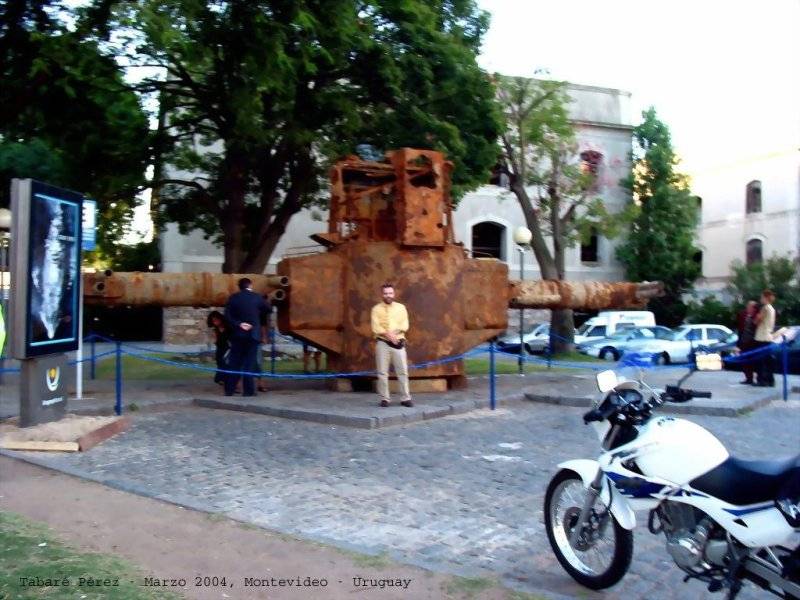 When I was about 7 my cousin told me Michael Jackson was dead. I belived it for about 4 years

If only it was true. Shame on your cousin for getting your hopes up like that!

A number of air crewmen died of farts. (ascending to 20,000 ft. in an un-pressurized aircraft causes intestinal gas to expand 300%!)
With increasing altitude, gases within body cavities expand (according to Boyle’s law; see above and Table 2-6). Such expansion does not result in any difficulty if the concomitant pressure can be relieved. However, if the gases are "trapped" in an organ with inelastic walls and the gases continue to expand within the walls of the organ, some degree of pain and other clinical symptoms and signs may be experienced.

Flight at even low cabin altitudes may cause sutures to rupture. Gas can expand, exerting pressure on the blood vessels and the optic nerve. This could lead to internal bleeding.

mm, i'd rather see sorces for some of those stats....
G

The Graff Spree didn't sink. She was scuttled but in shallow water and was boarded soon after. In the after magazine they found a fused 11in shell hanging over a pile of shells on a chared rope that hadn't broken.
We were able to get a lot of information from the wreckage.

Just because it only went down in 25 feet (which has been mentioned previously), it doesn't mean it didn't sink. Also, what did we learn from the ship?

Also, is it Graf Spree or Graf Spee? I see it different all the time, it's quite annoying. Especially when you're trying to say it.

It sounds like it took some time to sink, allowing search parties to have a look around before it sank.

And it seems they are going through with it.

More than 64 years after the Graf Spee's captain scuttled his pocket battleship off Uruguay to stop it falling into British hands, divers have raised part of the vessel.


A part of the Graf Spee is raised
After weeks of failed attempts a 27-ton section of the command tower, including the first embryonic radar antenna installed on a warship, was brought to the surface of the River Plate estuary using a floating crane.

Germany's Graf Spee, equipped with 11-inch guns and a prototype diesel engine, was one of the most advanced vessels of its time. It was smaller and faster than a traditional battleship and caused serious unease in the Royal Navy.

It sank nine commercial vessels in the Atlantic in late 1939 before engaging with British and New Zealand warships in the battle of the River Plate that December, one of the first naval clashes of the Second World War.

Outnumbered and badly damaged, the Graf Spee managed to make port in Montevideo but neutral Uruguay gave in to British pressure and sent it back out. With the British ships Exeter and Ajax and New Zealand's Achilles waiting for him, Capt Hans Langsdorff knew he had no chance so he blew up his ship in 36ft of water.

Now the Graf Spee is being raised in sections over the next three years and will be rebuilt as a land museum.

Personally I hope they send it back to Germany and allow it to be rebuilt there. Just my opinion but that is where she belongs.

I dont know of anyone dying of rupture due to internal gas but I wouldnt doubt that it could happen.

One WWII and Korea vet Ive talked to many times who was a B-17 Top Turret gunner / Flight Engineer stated he knew of a few instances where bombers would turn back because one of the crew couldnt relieve the pressure. He said it happened to him once as well but only slightly. He said they completed the mission but he was in a decent amount of pain the entire time. After that he stated that he altered his diet somewhat.

I know that sometimes when we fly at high alltitudes and we are not pressurized just like the B-17 and B-24, if you have a built up of gas it can cause some pain in your abdomen that can feel pretty bad. When this happens we just go back down to a lower alltitude. Most of the time thought it is only noticed when we do a really fast climb or so. Most of the time though you never feel something like this.
You must log in or register to reply here.

B
What if: a de Havilland single seat, single piston engine fighter for World War II
2