What if: Alf Faddy recon/fighter concept

I referred to this elsewhere, but this is more of a speculative thread about it. Basically, it was a concept (though not much more) for a long range single seat recon aircraft that was envisioned as being superior to the Spitfire in that role, and capable of being developed into a fighter. All that's known to exist is a rough concept sketch and anticipated (if optimistic given that this was 1940) specs.

I'm also guessing maybe I'd like to open this up to, based on what little info is available, what would you do if the RAF was interested in the concept? From an imagination standpoint, it's probably helpful that our hindsight is basically 20/20 and this didn't get much further than Alf's concept sketch. 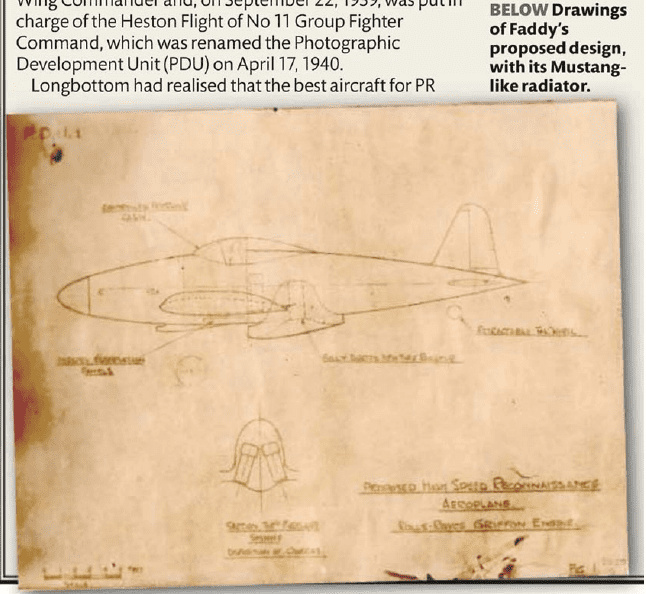 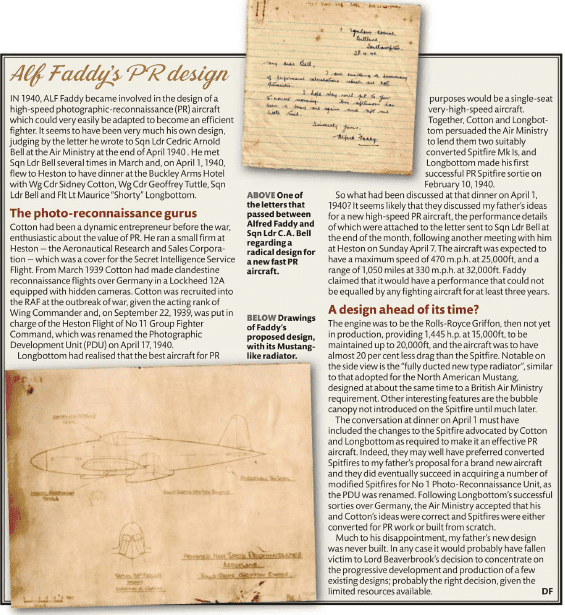 Aircraft looks ... nice. Do we have anything else about it, like the wing profile/span/area? Fuel carried?
470 mph on a 1-stage Griffon is at least 50 mph above the realistic speed figures we might actually get?
B

Sadly, that's all that's known, as it was just a rough concept that wasn't proceeded with, as PR Spitfires and later Mosquitoes did the job quite well, and for long range fighters (though that took a bit longer) we ended up with the Merlin Mustangs.

But I did post this thread mostly for speculative reasons. Namely, a "what would you do?" with the concept and/or how you'd evolve it. Sort of like say you're running a country that's allied with the Allies in World War II but want to limit reliance on purchasing foreign weapons system (ie, you want to be self reliant).
You must log in or register to reply here.

B
What if: a de Havilland single seat, single piston engine fighter for World War II
2

A
Luftwaffe if Hitler assassinated Oct 1939?
2