No clever story, I just thought this was an important letter which everyone should see as it has some historical value.

This was sent to the Rolls-Royce workers after the first operations of the Meteor. 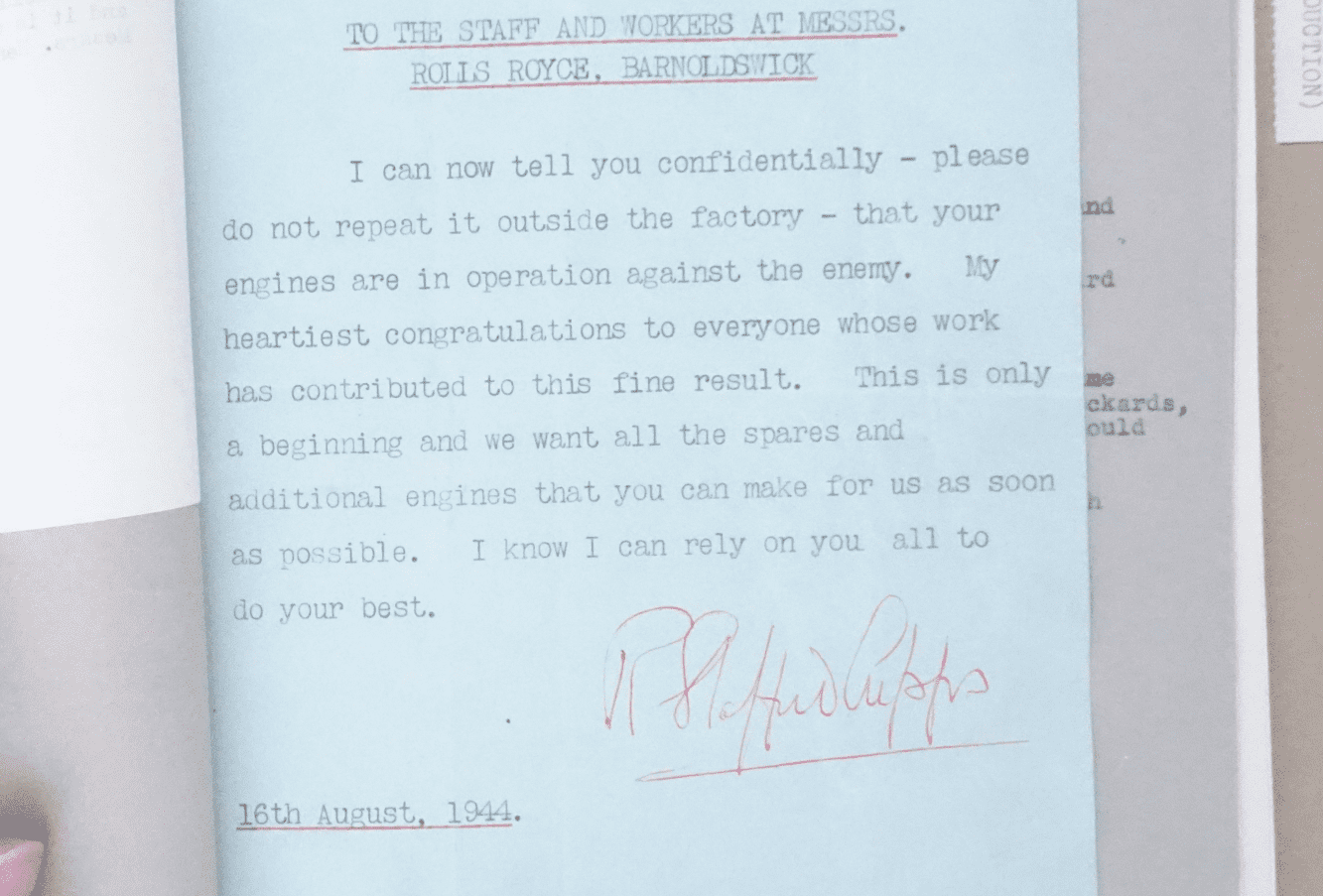 "in operation against the enemy" must refer to the Meteor taking down V-1 flying bombs.
In total however the Meteors took down only 12 V-1's.

Great info.
You must log in or register to reply here.