The XP-72 was a development of the P-47 Thunderbolt. It was the first fighter to be designed around the 28-cylinger Pratt & Whitney R-4360 Wasp Major and was to have a six-bladed Aeroproducts contrarotating propeller. Two prototypes were constructed, 43-6598 and 43-6599

Because delivery of the Aeroproducts propeller was delayed, the first XP-72 was equipped with a single four-bladed prop as a temporary measure. During test flights a speed of 490 mph was reached.

By this time the war rapidly coming to an end and the jet age was looming so the P-72 order was cancelled and the remaining prototype scrapped. 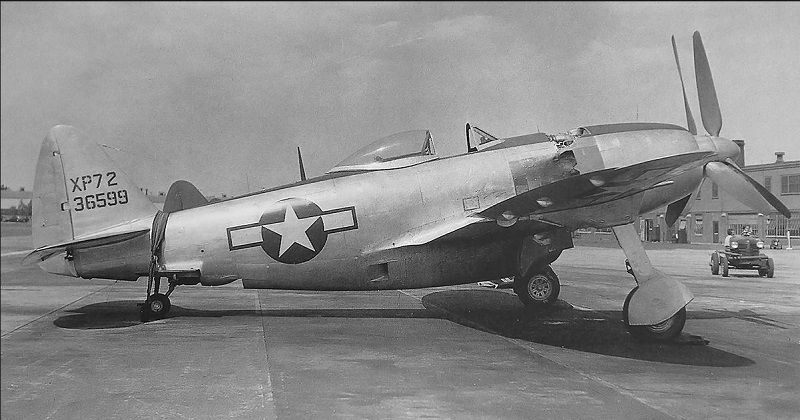 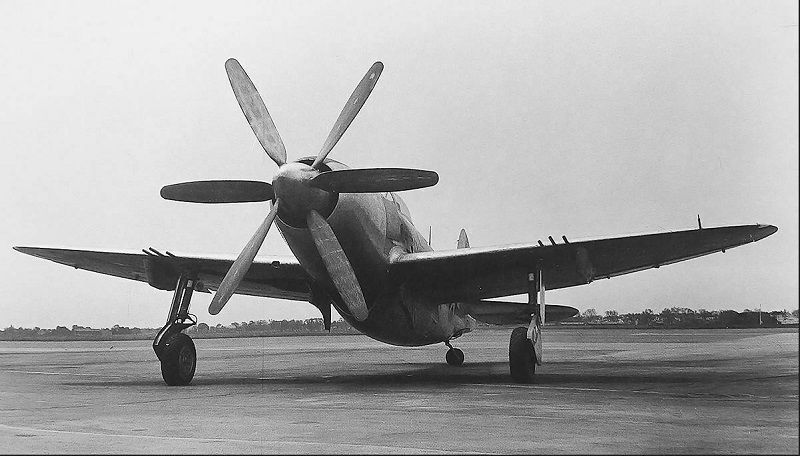 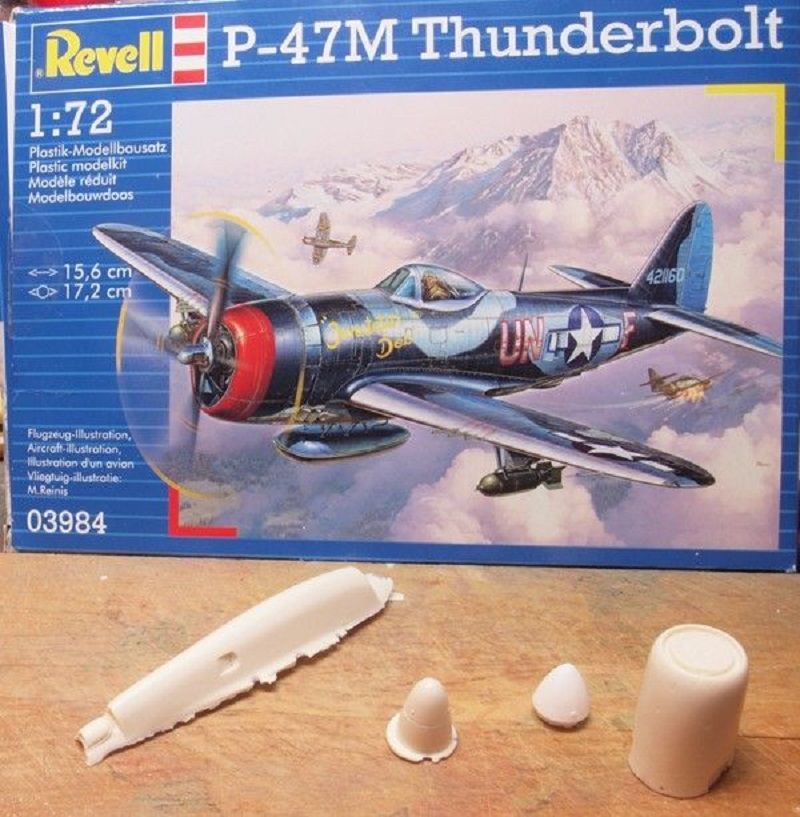 Good one Glenn. Pretty much all the P-47 variants now covered in this GB minus one or two

With Terry on that.

Nice one Glenn, something very different. 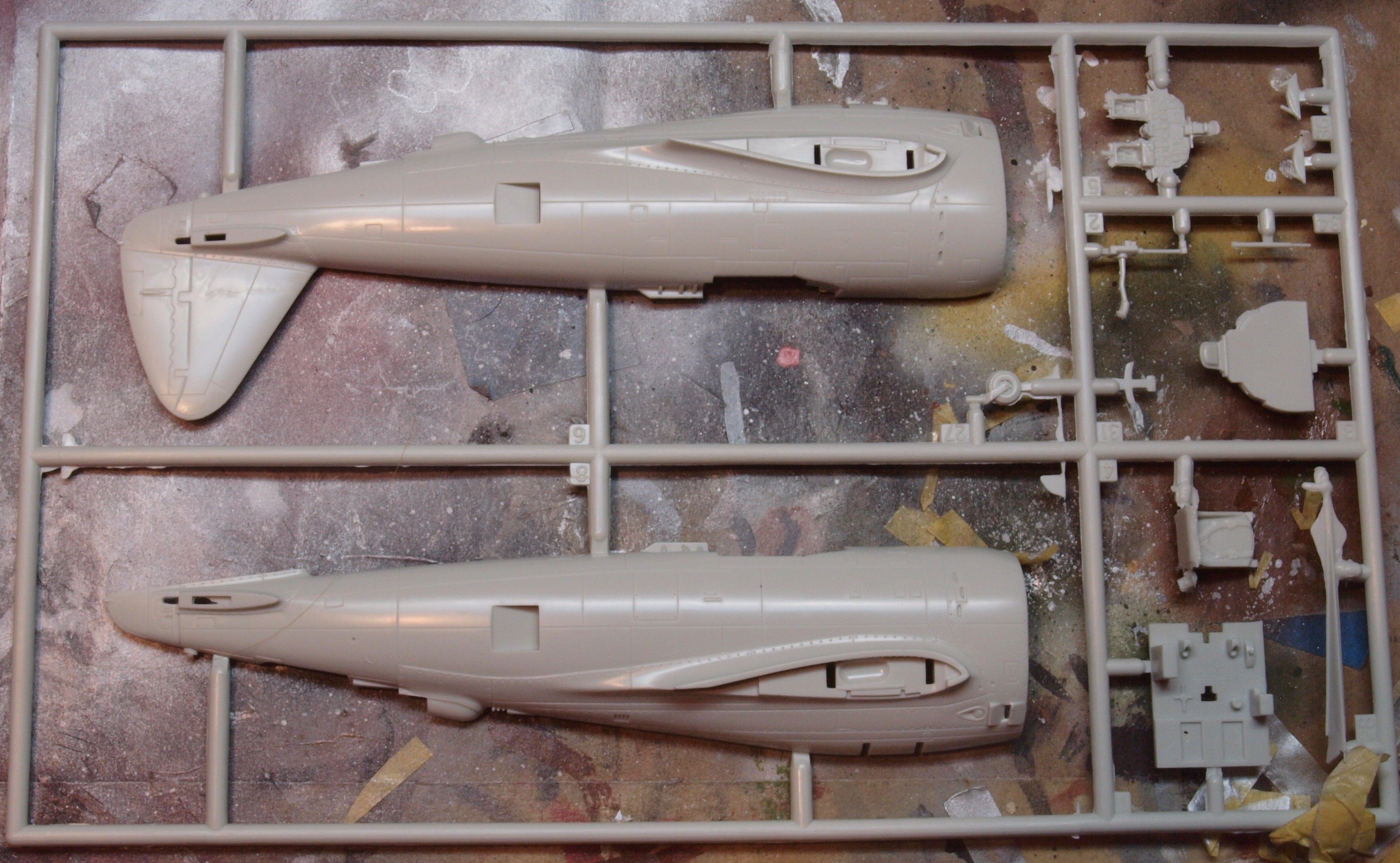 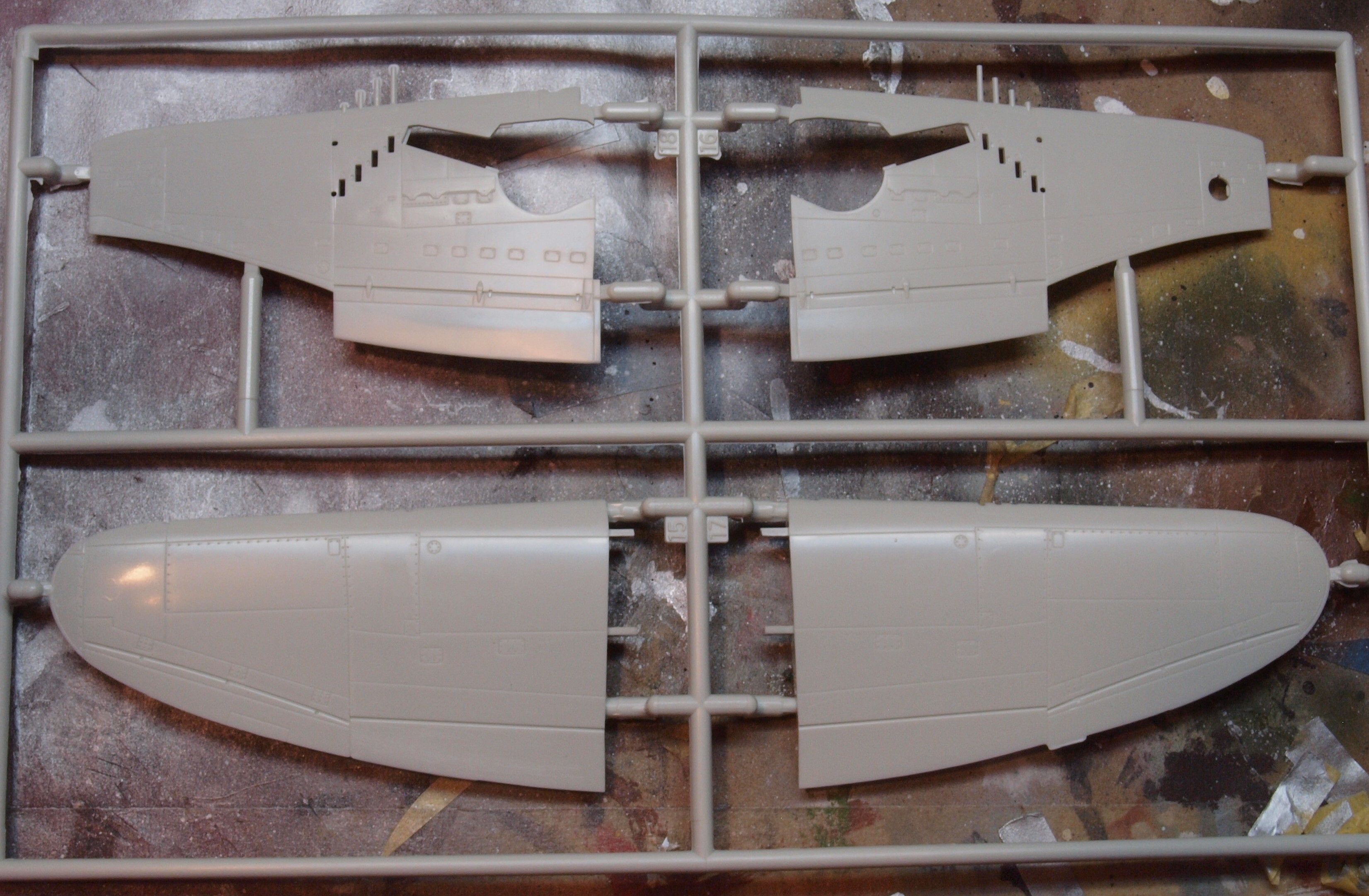 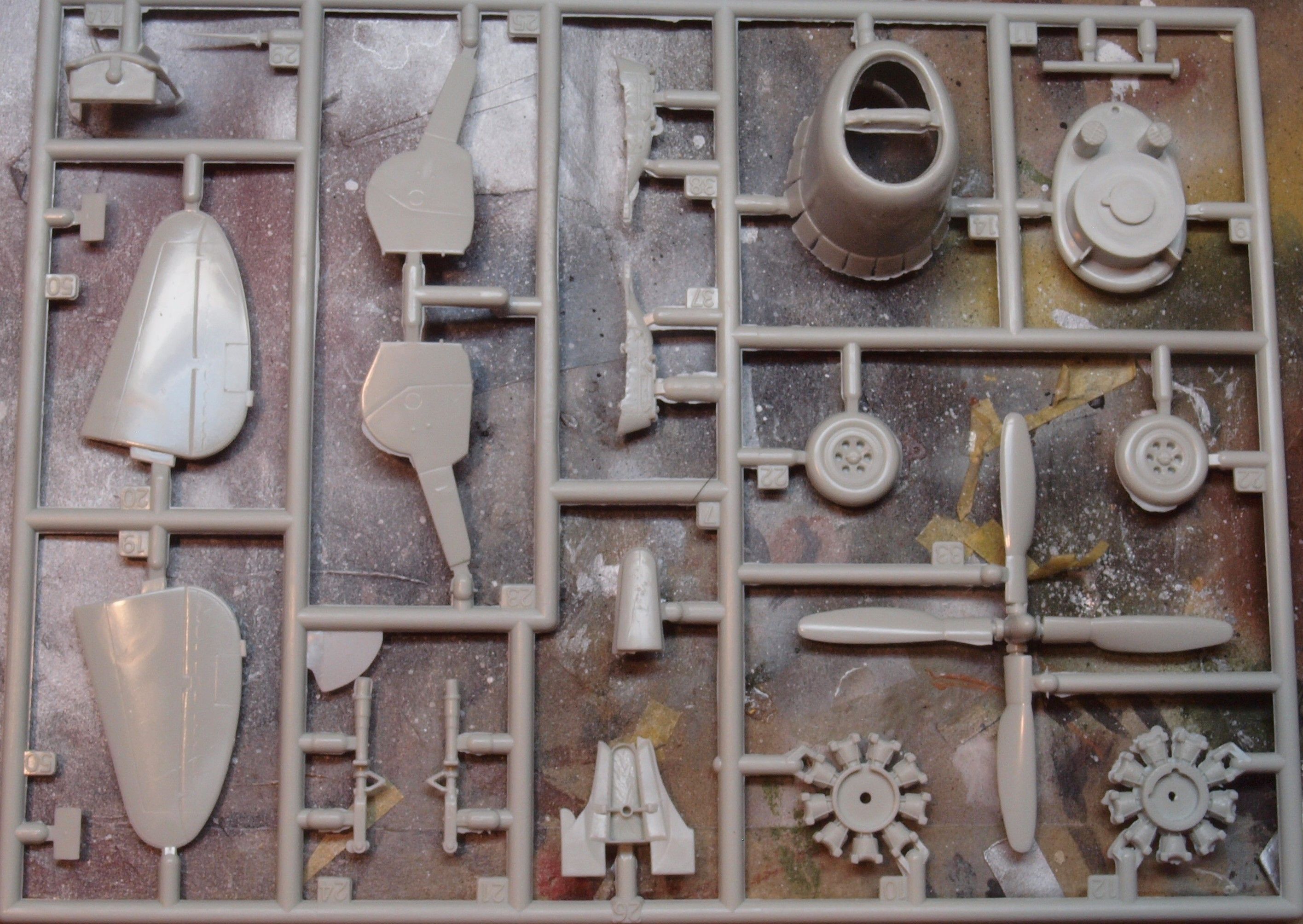 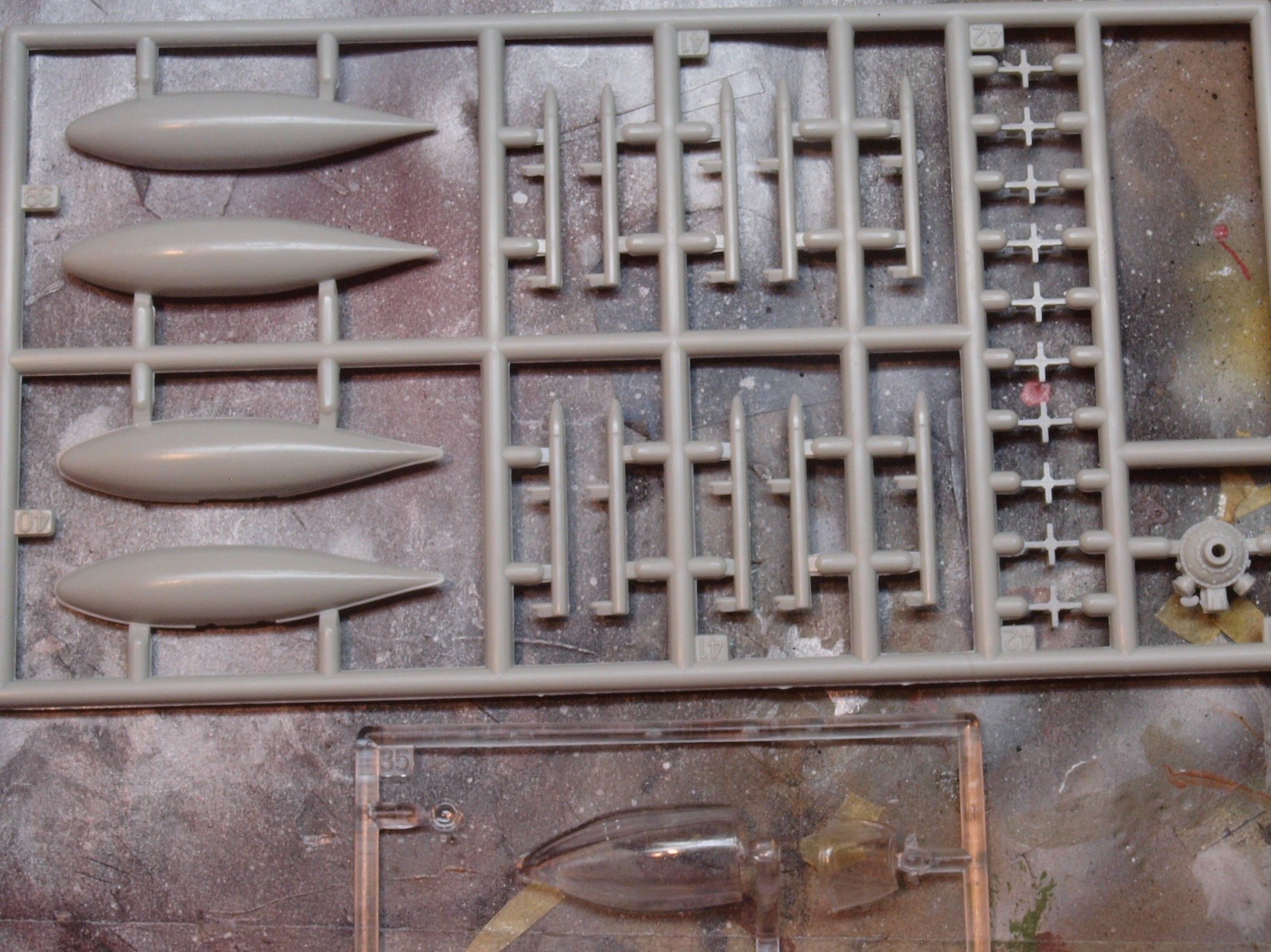 The resin looks a bit rough and I will have to source prop blades if I build the one with counterrotating props. 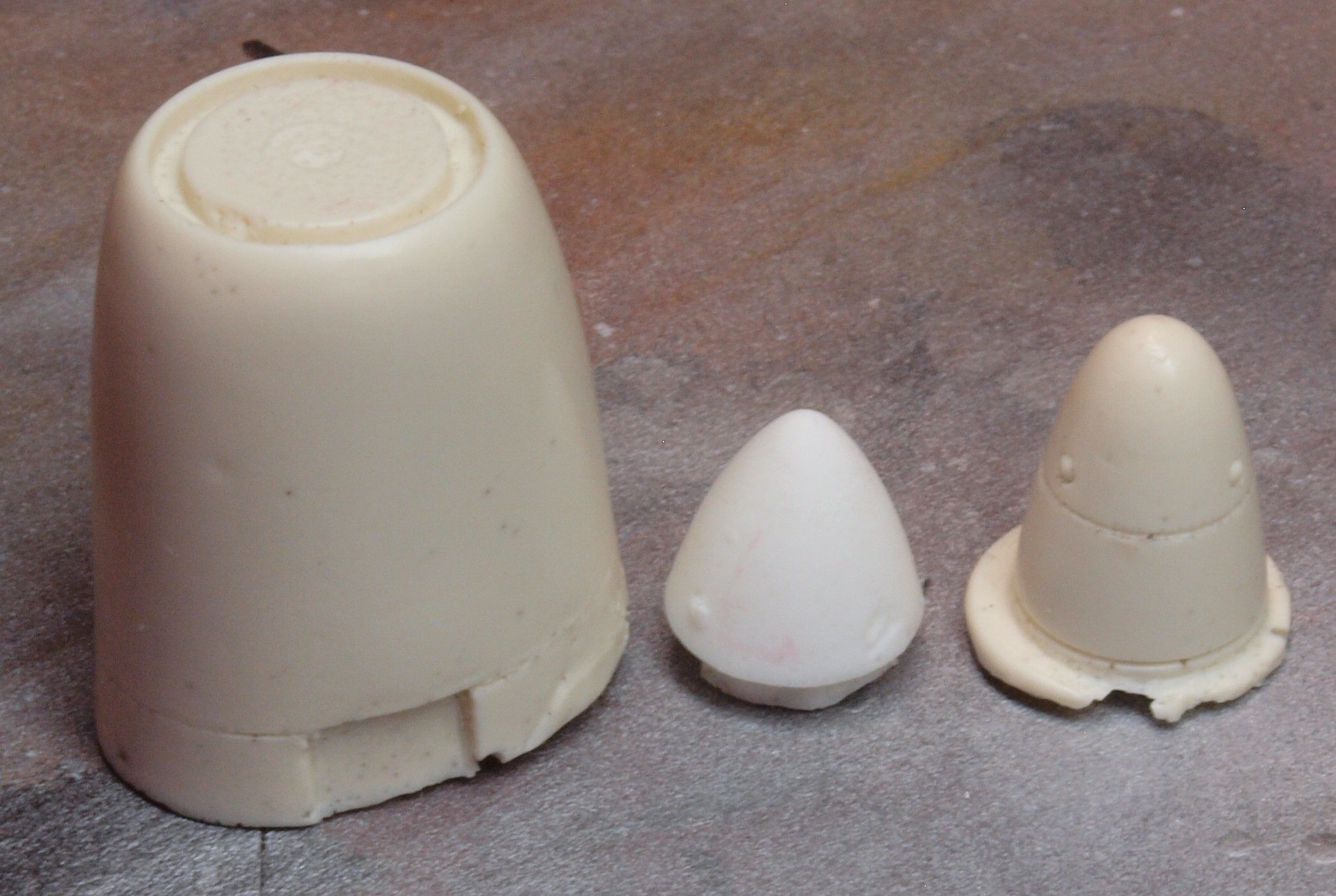 I started a bit of painting, spraying the cockpit parts the bronze green color. and will post pictures when I get a bit more done on it.
Last edited: Nov 11, 2022

Will follow with interest. I start sweating when there's surgery required.

Not bad on the sprue considering it was tooled in 1999, just a little clean-up and you'll be up and running.

I worked onna 1/24th P-51B I think was a Revell, fits were sorta okay.
Knowing now I wonder if it's just removing the parts too soon from the molds.
Molds wearing from too soft dies? A conundrum. They sure test your medal!
You shall overcome!
Last edited: Nov 16, 2022

I finished painting and assembling the cockpit and glued the fuselage halves together. I think the cockpit detail is more than enough for what can be seen in this scale. Next I will start slicing the lower fuselage apart to take the resin part. 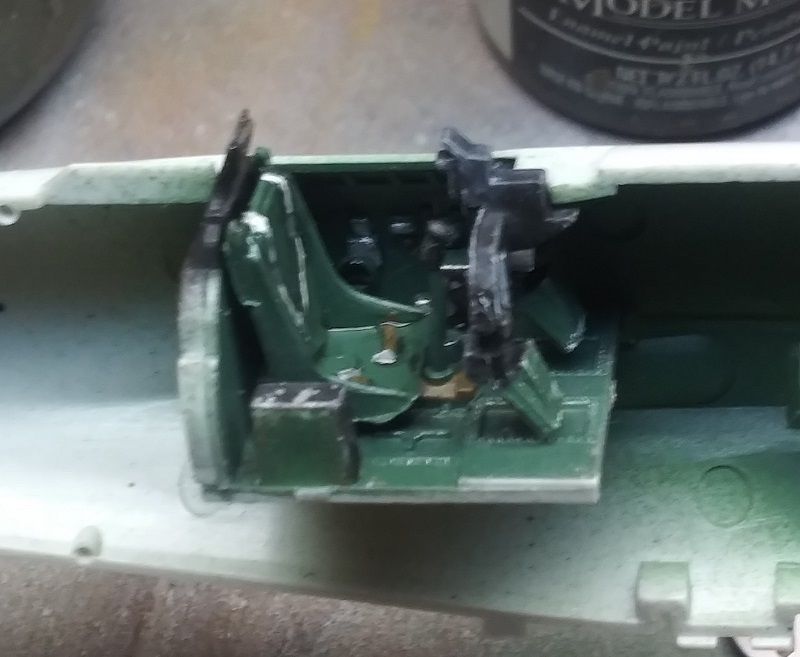 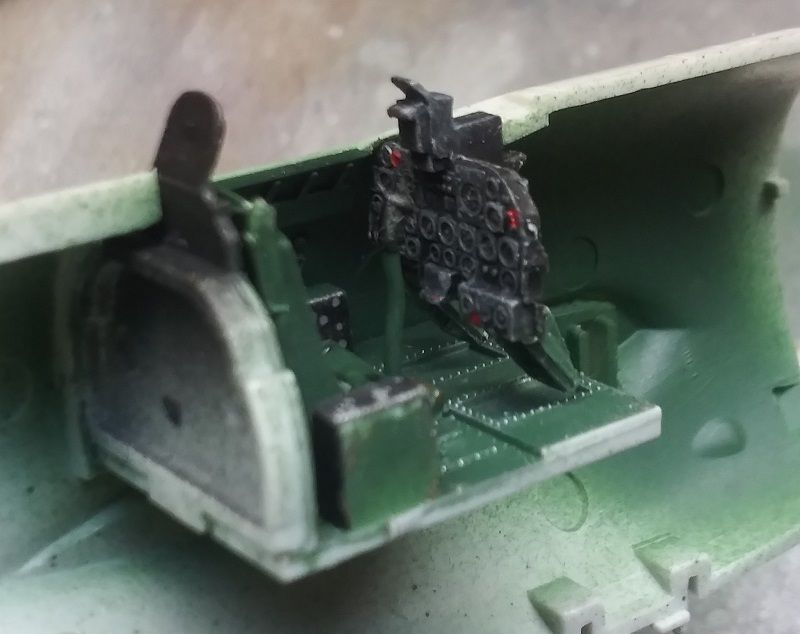 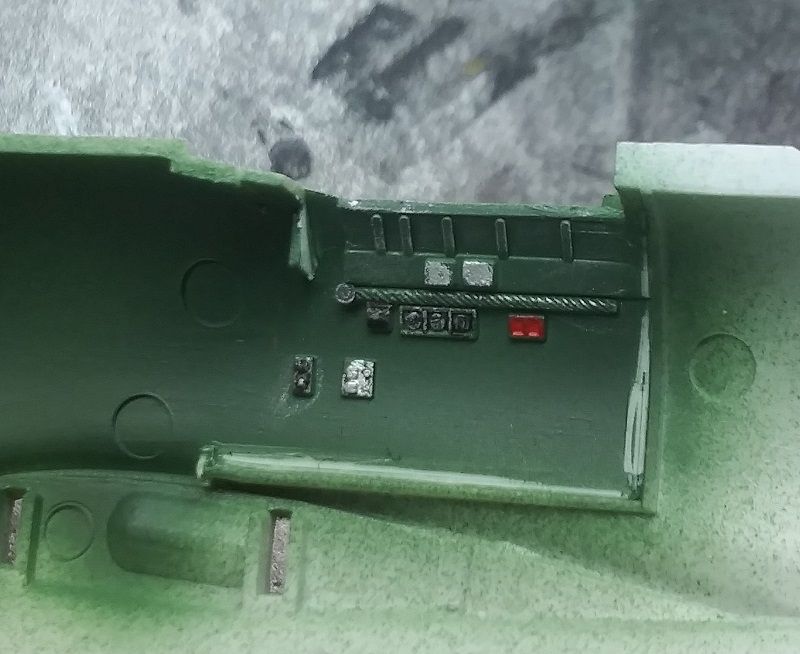 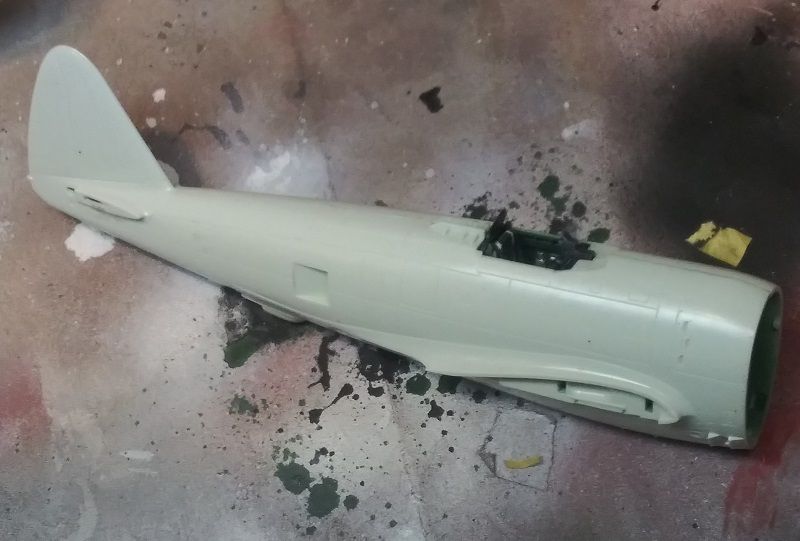 Looking forward to the destruction

This is going to a really unique build Glenn. A rare one indeed. Looking forward to seeing more.
You must log in or register to reply here.