The original moulds for this kit were by Otaki, released around the mid 1970's and were acquired by Arii when Otaki went out of business, this example being from 1986.
I picked up two of these kits, cheap, some years ago and, if things go to plan, I may enter the second kit in this GB too, and possibly a Hasegawa "Razorback" as well.
One of the kits contained some extra "bits and pieces", including most of the cockpit parts from what I believe are from an Academy kit, and some of these will be used in this build. Although by today's standards, this kit may seem rather basic in some areas, remember that this was first released in the early to mid 1970's, and the engraved panel lines and internal detail were far advanced compared to the "opposition" of the time. That said, I will be using "spare" cockpit parts in this, and other builds, swapping parts from kit to kit, and, in one build, using an aftermarket cockpit / cockpit parts.

Pic of the kit box art below, together with a profile and pic from the Kagero book "P-47 Thunderbolt with the USAAF, ETO", and a photo of a page from "The 9th Air Force", by Gregory Pons, Histoire et Collections.

I hope to make a start on this build by early next week, once I've collected all the bits and pieces, as well as some new desk lamps, as mine have just "packed up" ! 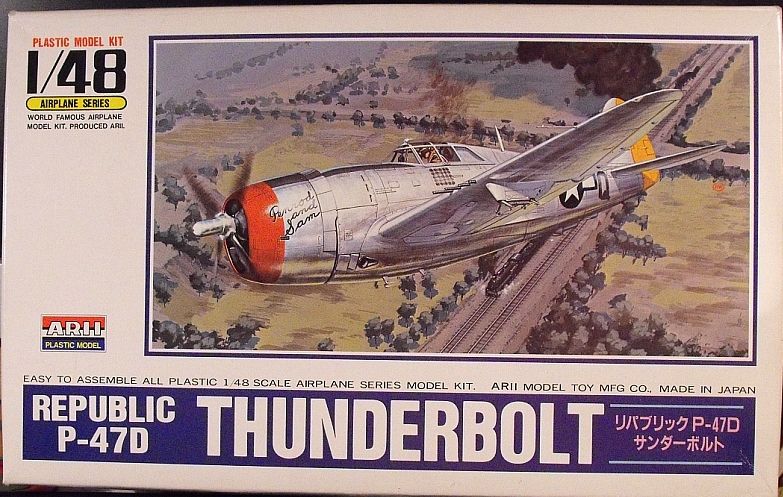 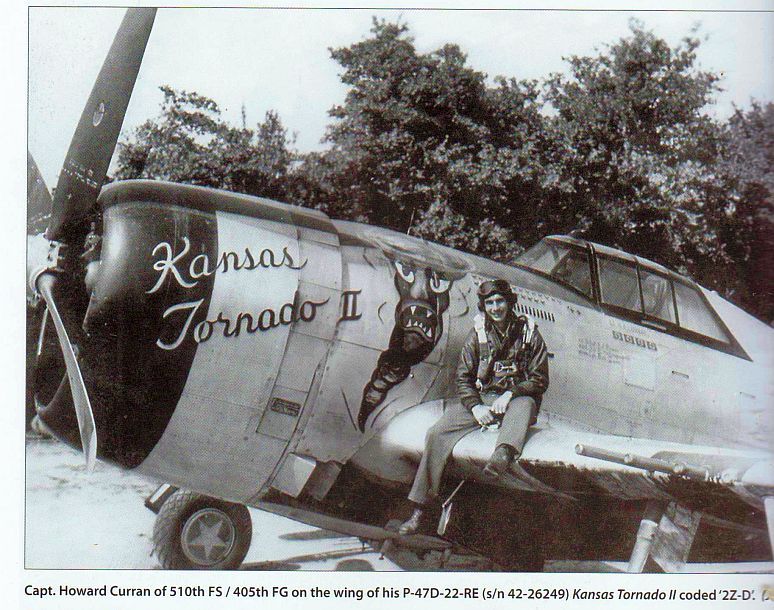 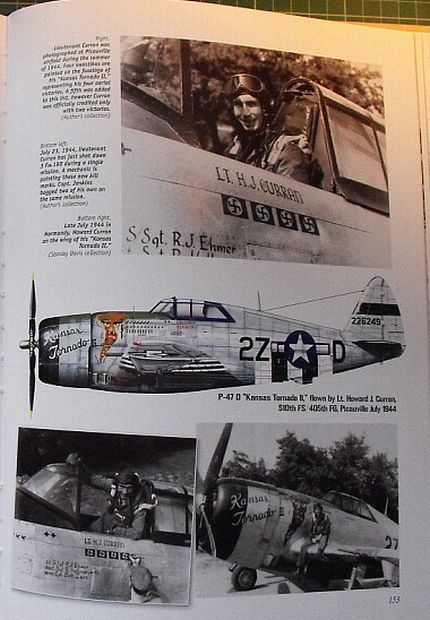 Looks like the thunder is winning out on the lightning. Nice to see you join in Terry and a nice subject choice.

Great to see you at the bench again Terry.

Well great to see you doing you wonder Terry, lets see the Thunder!

Looking forward to this Terry and hoping for trouble free build

Good to see you in Terry.

Thanks chaps. Hoping to make a start in a day or two.

Airframes said:
Thanks chaps. Hoping to make a start in a day or two.
Click to expand...

Or three or four?

Oh this is going to be really great to watch !! He also flew a F-80 in the same markings . Look forward to updates 😄

Recommend a VERY large beer stine and fill it with you favorite whisky with just a drop of beer to say you do have beer in your stine!

Nice one Terry. I still refer to your Monogram Razorback Dio, which I really enjoy looking at on the forum. Hope to follow your progress once you're ready.

Thanks Greg.
Just in the process of measuring parts in order to fit the Academy cockpit, and checking areas that need attention before construction begins.
Back soon ...................

You're such a tease Terry.

I discovered that I'd already started to prepare things on the second Arri kit, so I'll use that for this build. Not much done in the way of construction, so there shouldn't be a problem.
Although the kit cockpit was more than acceptable when first released, it's not really up to today's standard of detail. Also, there are some inaccuracies, and it sits too high overall. Therefore, some mods are required in order to utilise the parts from the Academy kit, and some scratch-building will be required to complete the cockpit, as not all of the Academy parts are available.
The pics below tell the story, showing the comparison between the kit parts and those from Academy.
The floor locating ridge on the kit fuselage sides need to be removed, and a new ridge set lower, made from strips of plastic. Dry-fitting of the "new" parts is then done, and the assembly test-fitted to the fuselage.

There's more work required on the fuselage, before cockpit assembly can be commenced, and I'll show this in the next post. 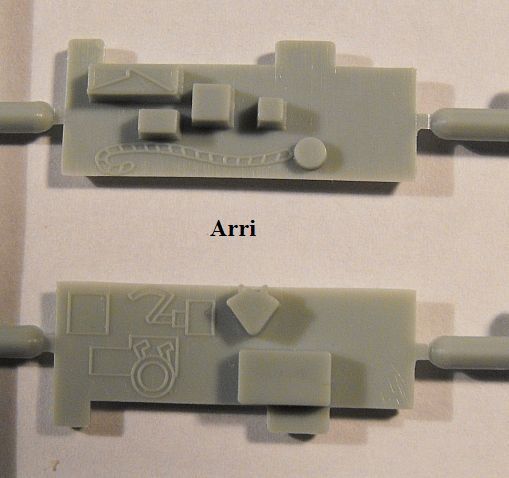 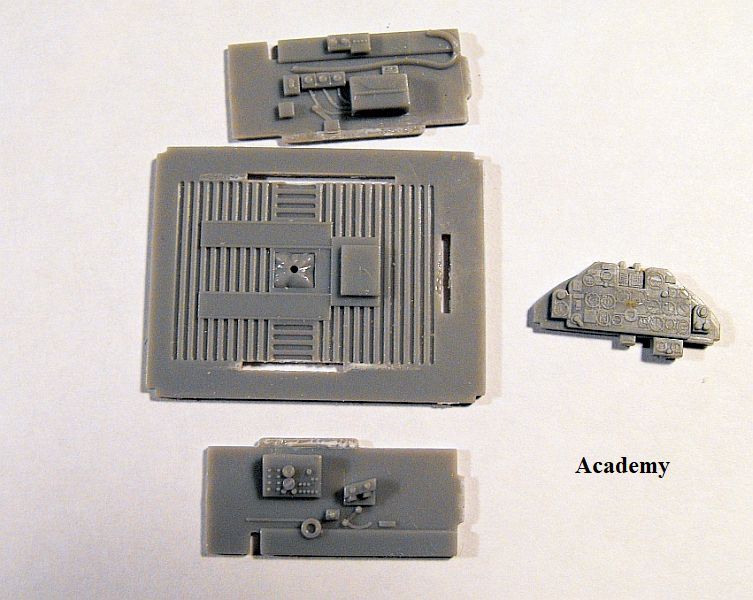 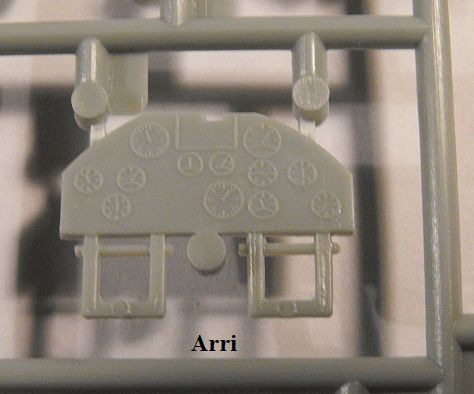 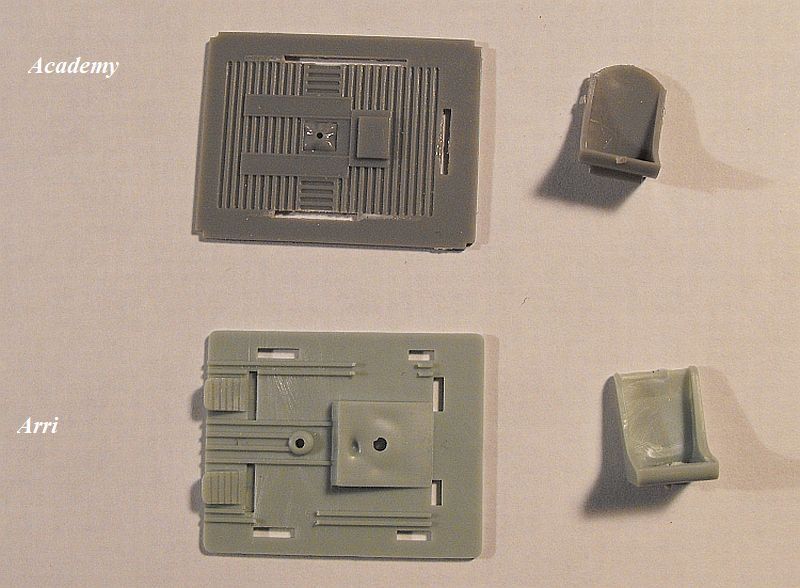 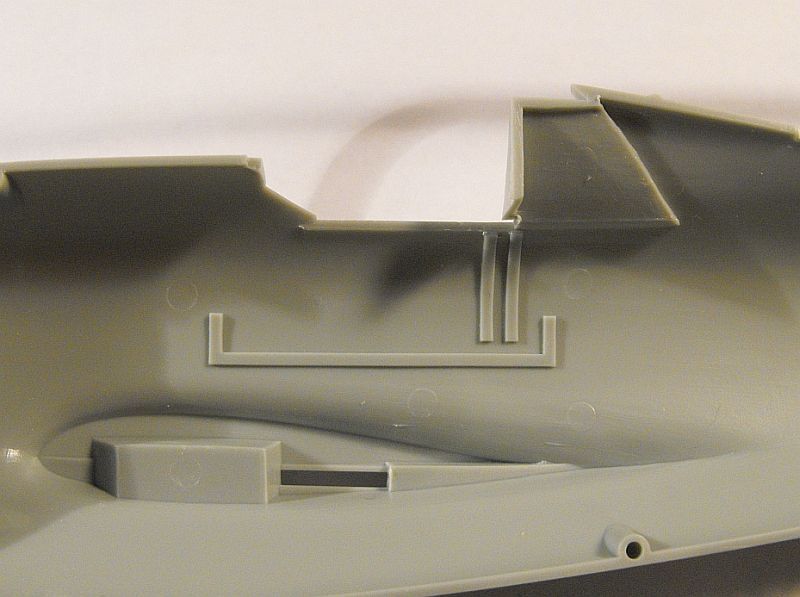 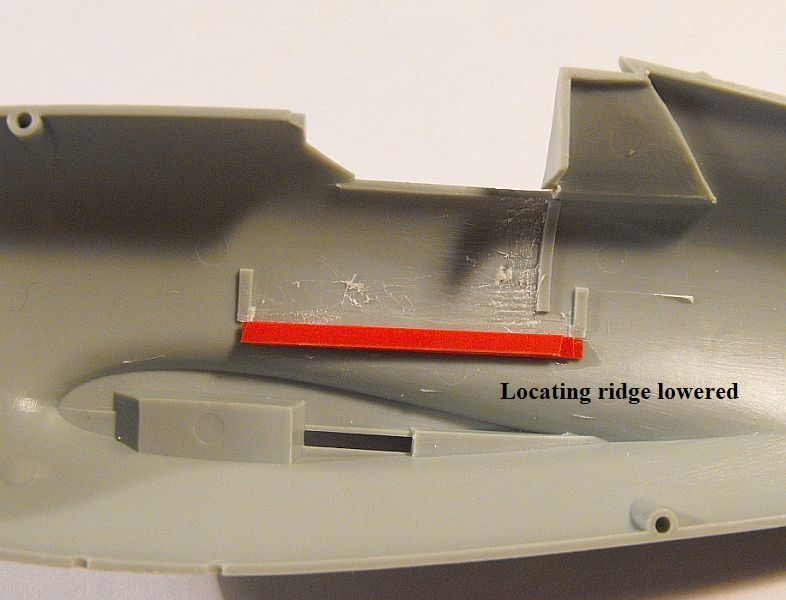 Cool. The Academy kit appears to be a reboot of the Hasegawa kit

Not quite Geo. I have an Academy "bubbletop" in the stash (and have also built one some years back) and the Hasegawa "razorback" and "bubbletop" kits, and there are differences. The Academy kit was first released in 1990, as the 'N' version, with the 'D' being released in 1998. Some parts are very similar though.

Next job was to improve the supercharger exhaust fairing, which was far too 'thick' . This has been thinned down and awaits clean-up. Next step will be improvements to the exhaust vents and some panel lines on the fuselage. 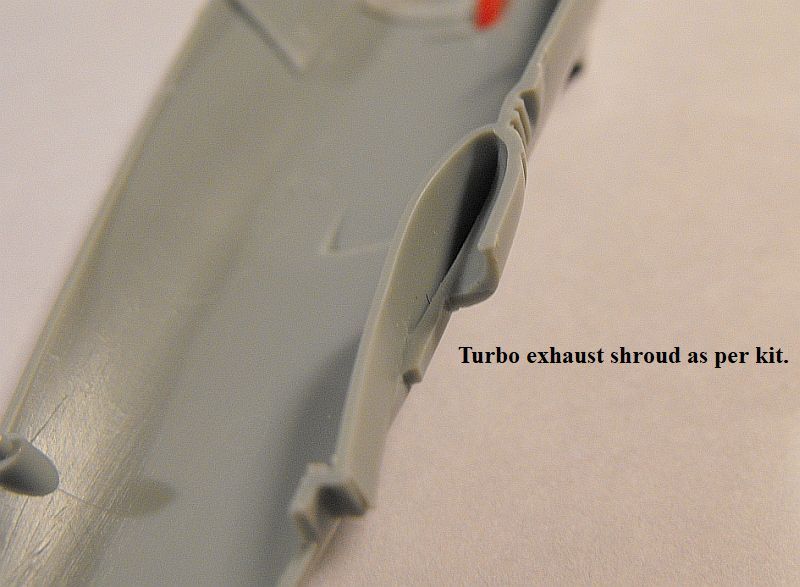 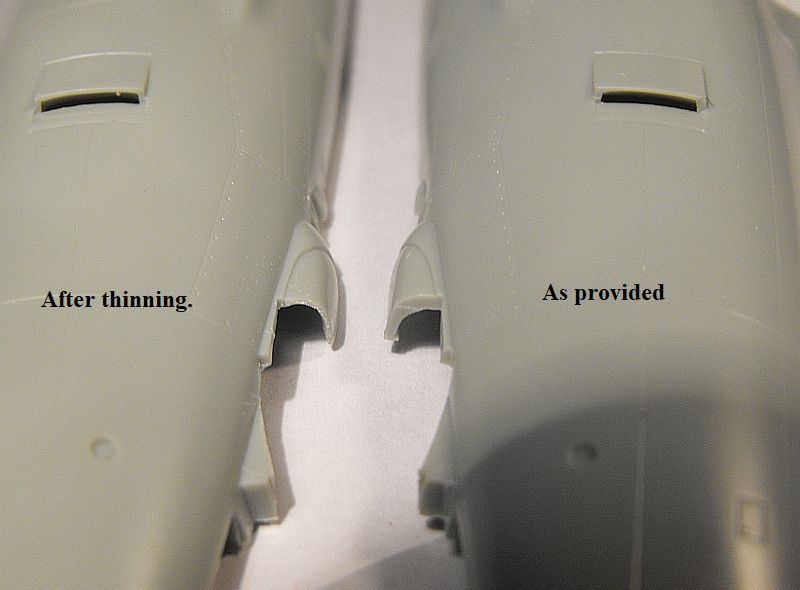 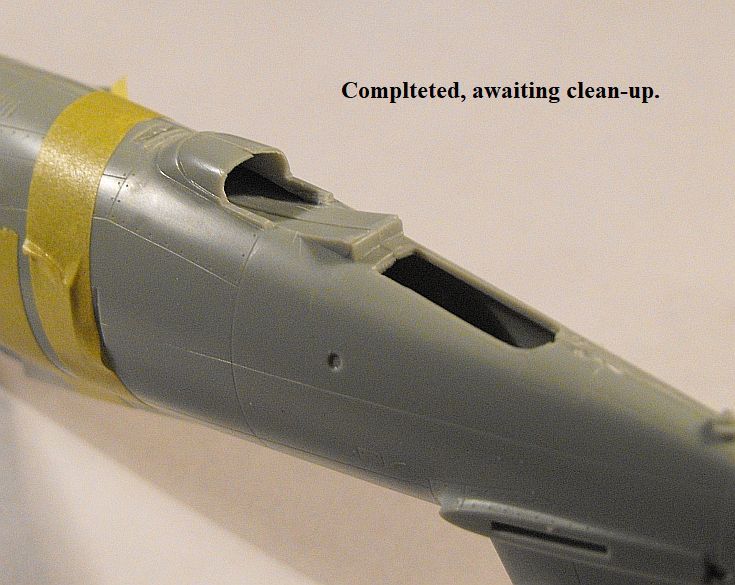 Tuesday at 5:27 AM
Airframes