One of the workhorses of the Luftwaffe as we know it. Of sleek lines and good bomb-lugging capabilities when introduced, it became obsolete with Allieds introducing better fighters, while LW was spott, at best, with providing an efficient escort.
So let's give it some love, improving the design for the ww2 within the boundaries of what was possible in ww2 Germany. Better speed, or better payload, better defensive weapons (not going overboard, though), etc. Better range if possible/if needed.

(yes, LW will need to step-up their LR fighter escort, so we have that base covered as much as possible)

Turning to the silly side if I may, here are some I did years ago: 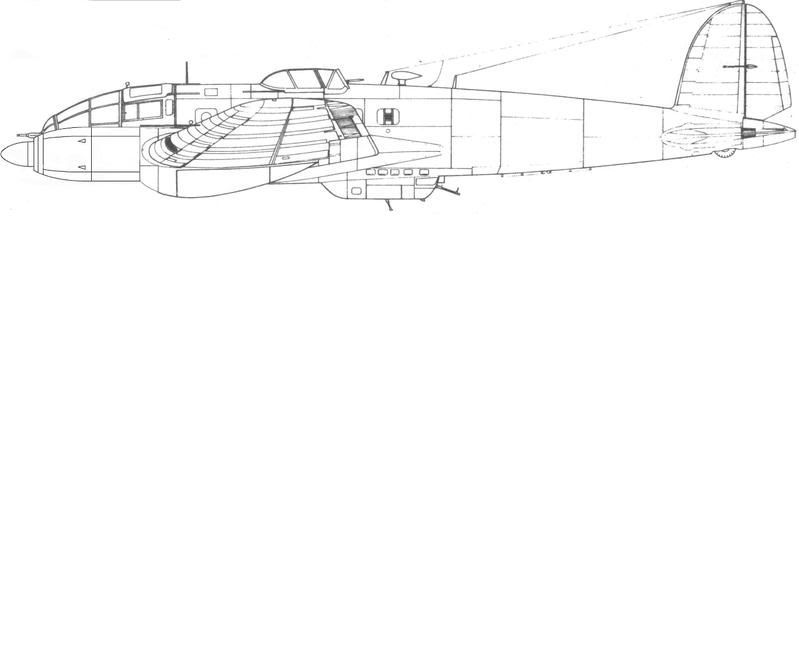 Addressing the need for fighter escort:

And continuing the silly theme: 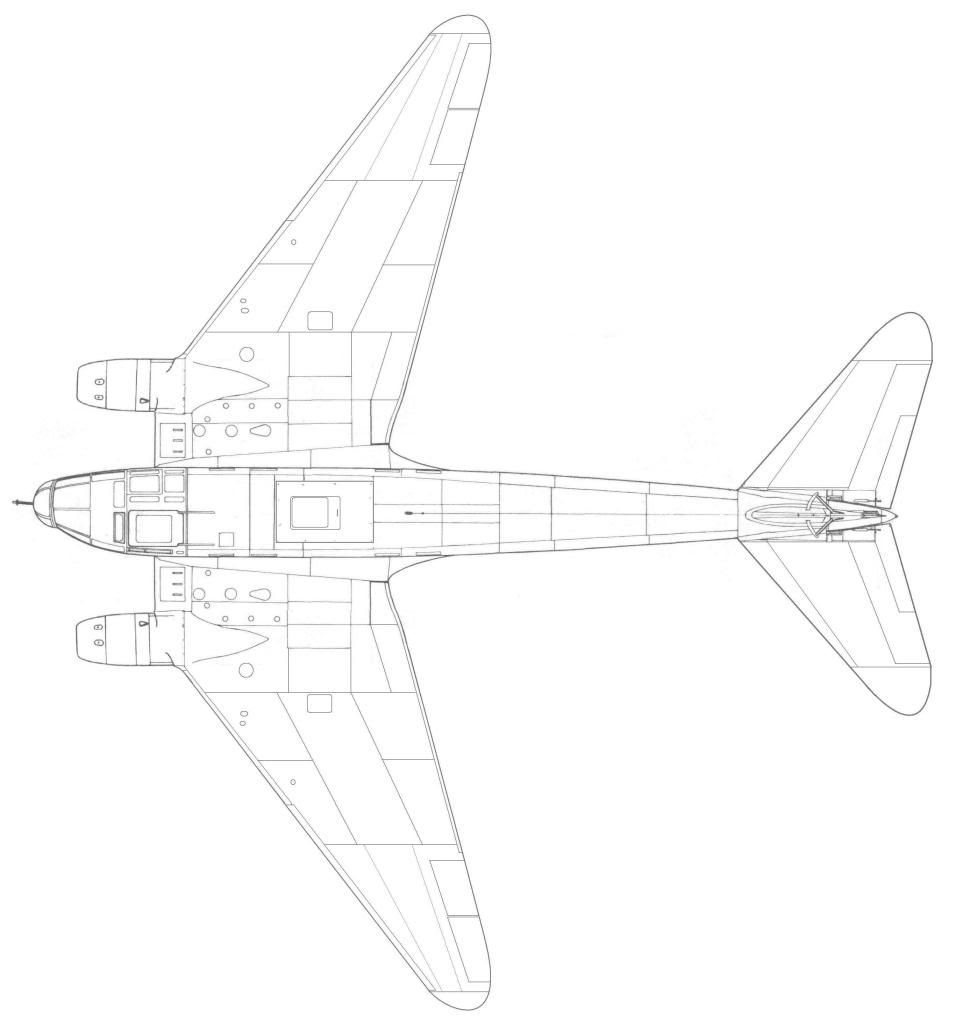 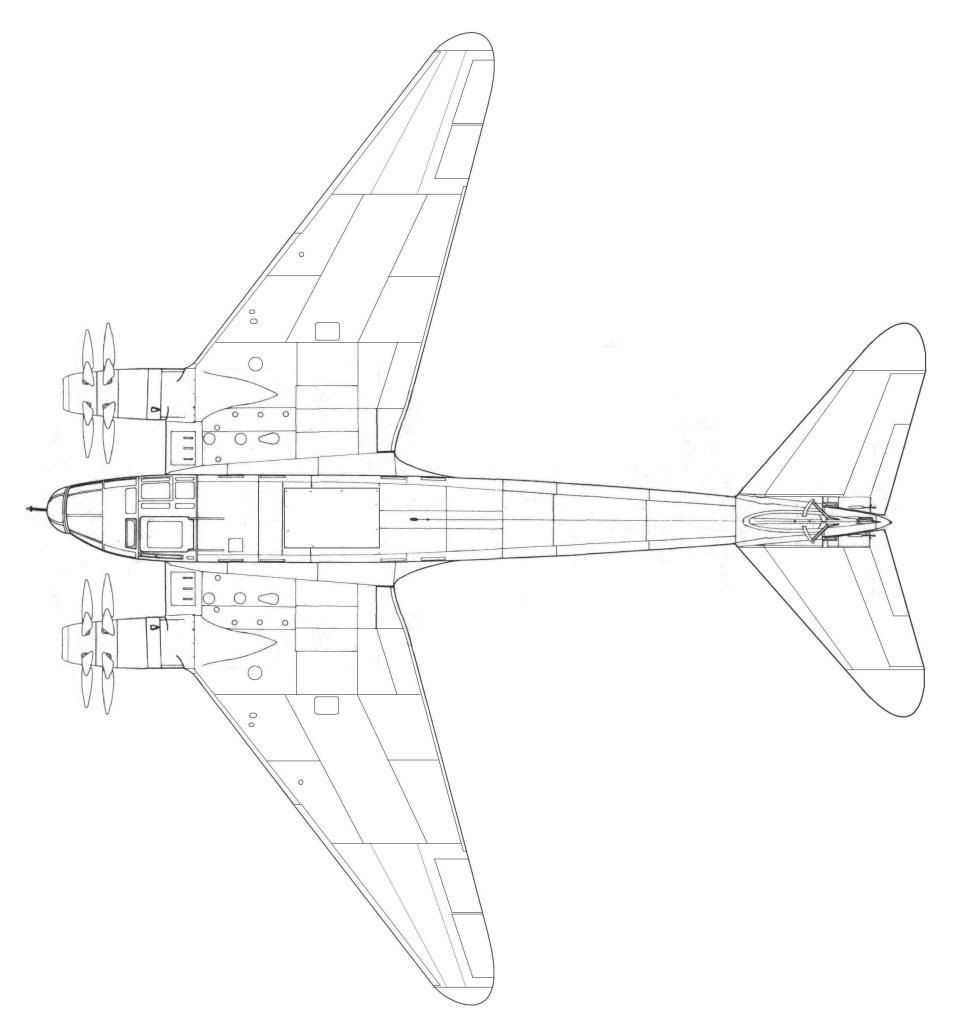 I will show myself the door now...

GTX said:
I will show myself the door now...

I'll probably decide for this version: 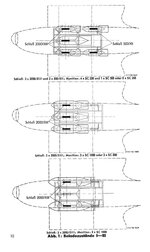 Well, it's not quite pimping, but it's love, in a moment rationality they cancel the He-177 and just keep going with the good old 111. At least it works, it's reliable and dependable, even if dated. Could still give valuable service, maybe give some to the allies ( f.e. Romania was scrounging for anything that flew in 1944, old Savoias, PZL-37, Potez 633, PZL-23... a single group of He-111s would have looked like a godsend) Maybe they could improve defensive weapons by using some elements from the 177?

They could easily build two 111s for every 177. Also a good way to use the overproduction of Jumo-211 engines, i am reading that even in 1945 there were still 7000 UNUSED engines!

I will show myself the door now...

We now have the origin of the Tu-95. This was what the LW engineers were working on when captured.

mack8 said:
Also a good way to use the overproduction of Jumo-211 engines, i am reading that even in 1945 there were still 7000 UNUSED engines!
Click to expand...

Interesting - care to elaborate a bit on that?
M

tomo pauk said:
Interesting - care to elaborate a bit on that?
Click to expand...

In that case, this:

That, and a few hundred for my IAR-80.
What kind of performance should be expected from a Jumo powered Fw-190?

mack8 said:
What kind of performance should be expected from a Jumo powered Fw-190?
Click to expand...

The 211J and N will give another 5% more power, the P again 5% more over these. If the turboed 211 can be produced, a.k.a the 211Q (= twice the HP at high altitudes vs. the J/N/F), this will be a fine hi-alt fighter. The 211R is also another option, but this engine was probably not made in some meaningful quantity (this might be the impetus to make more of them?). Power was comparable with the DB 605A (tad worse that 605A at mid altitudes, tad better above 20000 ft).
Best option would've been a 2-stage version, though; not that it was ever made to the best of my knowledge.
M

Probably veering way off course here, but just very curious, would the performance of Jumo-211F/J/P etc. powered FW-190 be at least equal to the BMW powered one?Does the Jumo have better altitude performance which as i understand was a weakness of the BMW? Or probably it will still need C3 fuel to mach the OTL performance at least?

Hmm, based on those figures, it still seems that boring out the normal Jumo-211 to 155mm for 37,4 litres capacity and just increase rpm slightly to 2800rpm would still get us a 1750 PS engine. This instead of the OTL 3250rpm Jumo-213 which took so long to get it ready.

mack8 said:
Probably veering way off course here, but just very curious, would the performance of Jumo-211F/J/P etc. powered FW-190 be at least equal to the BMW powered one?
Click to expand...

At least the 211N or, even better, the 211P should be needed to came close to the Fw 190A1/A2 - Antons have more power, the 211-powered have lower engine-related drag and less draggy wing.


mack8 said:
Does the Jumo have better altitude performance which as i understand was a weakness of the BMW? Or probably it will still need C3 fuel to mach the OTL performance at least?
Click to expand...

BMW 801 has the better altitude performance. C3 fuel will be nice to have, it would've improved the engine power under 5km of altitude.
Unfortunately, we don't have much of a good (or any) feedback wrt. Jumo 211 series actually pushed into 'Notleistung' (short-term, or emergency power) beyond the take off - manuals for the engines and the aircraft using them are pretty silent about that, too, bar the thin line in the graph (but nothing in the data tables).

Trouble is you can't bore out aircraft engines like you can bore out car engines.
Aircraft engines are designed for minimum weight to begin with and not burdened with "extra room" for growth.
Like an engine block and crankshaft 25-30mm longer than needed.
You can't take a DB 601 block and bore it out to make a DB 605

It could be done but if often meant an awful of R & D into vibration, burn rates (how the burn expanded across the piston tops) and heat transfer.
Note the burned pistons, down rating and problems with the DB605. They got it to work but it wasn't as quick and easy as they thought.
S

My own Idea for a pimped 111 are pretty simple in concept, harder to do actually.

Fit the the most up to date Jumo 211s instead of last years left overs. (easy)
Design and build a turret with two MG 131s powered in both traverse and elevation (not a remote barbette), this seemed to escape German capability for the entire war, go figure
I like Tomo's idea for the Pannier. Fair the lower rear gun position into it. MG 131 (or two?) perhaps even power assist?
See it you can fit a pair of 1000kg SC bombs. See if you can fit two pairs of 500kg SC bombs (with the uppers going into the fuselage where the old internal bomb racks went?)
Getting back to the drag of the "clean" 111 instead of bombs hanging all over the bottom.

MG 131 in the front? suggestions?
Not too big, no extra crew.

Shortround6 said:
MG 131 in the front? suggestions?
Not too big, no extra crew.
Click to expand...

Was installed in later He 111s: 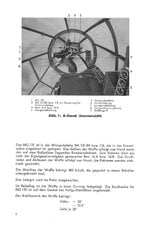 Pimp it up before the H-20
You must log in or register to reply here.