Have you ever thought what the VVS would have looked like in WWII if Stalin wouldn't have made those mass arrests, and in some cases executions, of the top Russian aircraft designers during the 30's?
What would the modern Russian Air Force have looked like today? Would it have been a huge difference?
Equal or better than the west?
Remember, the Russians had a rocket interceptor flying 18 months before the Messerchmitt 163 took to the skies for the first time.. 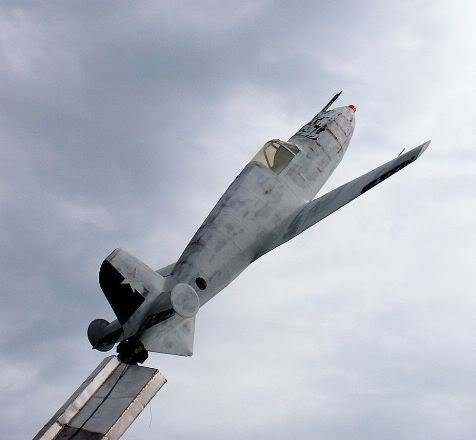 I'm not too familiar with this particular plane, but it seems that the Russians as well as Americans caught a huge break with captured German technology. I wonder if that huge break would still have overshadowed whatever work these aircraft designers would have done. For example, the Ta-183 may have been more technologically advanced than a homegrown solution. In that case the modern VVS would not be any different.

That's a difficult what-if.
But because Russia would still have been a dictatorship and relying on numbers instead of quality, I still think it would have been a meatgrinder air force with outdated tactics and strategies.
Also the aircraft themselves would have stayed the same. Some aircraft were designed by designers in captivity. I don't think they could have done a better job if they had been free.

In 1932 an unusual-looking plane took shape on the drawing board of the distinguished Russian aircraft designer Andrei N. Tupolev. Built in 1935, this plane, which became known as the ANT-25, a designation based on the initials of its designer, was to pioneer an air route across the top of the world. And in the process, the ANT- 25 established a new world record for distance in a straight-line flight.

With its enormous 112-foot wingspan and streamlined design, the ANT-25 resembled an oversize glider. It was 44 feet in length, and despite its size, had only one engine. The aircraft could carry an astonishing six and a half tons of fuel and was powered by an AM-34 engine that developed about 900 horsepower. It was flown by a three-man crew and had tremendous range--a range it demonstrated during a record breaking 1937 flight across the North Pole.

The ANT-25 was crammed with special navigational equipment, including a unique trans-polar compass and a short-wave radio with a range of 5,000 miles. In addition, it had a cockpit heater, flotation bag to keep it afloat if it was forced down at sea and a special cooling system that allowed the engine to operate at very low temperatures.

In 1936 three Russian fliers--Valeri Chkalov, pilot; George Biadukov, copilot; and Alexander Beliakov, navigator -- flew an ANT-25 some 5,800 miles from Moscow across the Siberian subarctic to Kamchatka near the Bering Sea. Though long, daring and dangerous, the flight was not a record for nonstop long-distance flying. Still, it was a stern test of the ANT-25 and a remarkable feat of human endurance. In recognition of their accomplishments, all three fliers were later proclaimed Heroes of the Soviet Union.

Then, on July 13 of the following year, another three-man Soviet crew--Mikhail Gromov, Andrei Youmachev and Sergei Daniline-- flew an ANT-25 from Moscow, across the North Pole, to San Jacinto, California, a distance of slightly more than 6,295 miles. Not only did the Russian aviators set a new world distance record for a nonstop flight in a straight line, but they also blazed an aerial route across the Arctic. The route they pioneered was to have great flight significance for both commercial and military aviation. 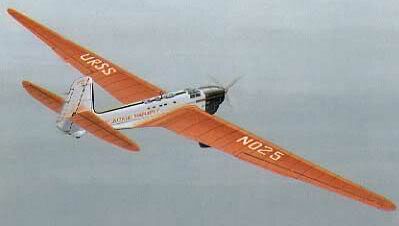 It was also thanks to this machine that made Boeing decide to build the B-17.
Which was dangerously close to become nothing else but another one of those paper planes....
M

Yes a difficult question. Not only did the purge of Stalin take many designers lives; it took the youngest, forward thinking/looking engine designers, scientists and
Generals too.

From my studies of the era in question I have no doubt they would've been much more
competitive in the earlier years of the war and more than likely been better in a number
of different areas than the "western" countries.

They had the ideas and future thoughts just as the German's did.

Yep the German's didn't have a lock on future developments contrary to what some post.
U

And if General Walther Wever does not die before the war the Luftwaffe could have had a very long range heavy bomber that destroys Great Britain´s industrial power and pounds soviet tank industry beyond the Urals.

Aggie, not too many people will be familiar with that plane for the sole and very simple reason it was almost nothing. Flights were scarce, assuming the craft ever took off, and testing documentation is from what i know virtually non-existant.

The alleged testings of such plane are as bogus and dubious as most soviet claims, as i was informed when visiting a russian museum. It is not even known how many prototypes were made. Possibly no more than 5.

Sorry guys, but if the P-80 and Gloster Meteor were behind the Me 262, i am confident to affirm that bogus soviet craft could not go anywhere but remain inside some dusty warehouse, waiting to be presented as some sort of "Look we too had our jet/rocket projects..." propaganda argument. Again assuming the plane "flew" test flights: its record is zero missions flown during the war.

The fact being soviet post-war jet designing and production did not rely that much on "their own projects".

Equal or better than west? Sorry but such a question can not be taken seriously.

I think the History Channel had something on this recently. If I remember right I think Stalin cancelled the program and had many of those involved shipped off to work camps - Imagine That!

What if the Soviets never got the American Christie tank?

-I know it's off thread but i couldnt help it.

comiso90 said:
What if the Soviets never got the American Christie tank?

-I know it's off thread but i couldnt help it.
Click to expand...

Was the suspension on the KV1 based on the Christie? That was a piece of work as well as the T-34. Granted, not as adaptable or revolutionary, but still a handful for the Panzers.

timshatz said:
Was the suspension on the KV1 based on the Christie? That was a piece of work as well as the T-34. Granted, not as adaptable or revolutionary, but still a handful for the Panzers.
Click to expand...

Based on? Inspired? Copied?
-- depends on your symantics

Because large road wheels and "slack track" are characteristic of the Christie suspension, other designs with these features are sometimes misidentified as such. The real Christie suspension was used only on a few designs, notably the Soviet BT tanks and T-34, the British Cruiser tanks, including the A-13, Covenanter, Crusader and finally Cromwell, as well as some experimental Italian designs.

Get yourself to youtube.com and watch quite a few flights of the Soviet rocket
plane. To make it easier for you here's the link for the first of 5...9 min. clips, one of
the "propoganda" flights of it, plus a number of other things alot of folks just don't want to believe.

Lots of other innovated ideas that didn't get off the designers table as like the German's...
the engines just weren't available at the time.

comiso90 said:
Based on? Inspired? Copied?
-- depends on your symantics

Because large road wheels and "slack track" are characteristic of the Christie suspension, other designs with these features are sometimes misidentified as such. The real Christie suspension was used only on a few designs, notably the Soviet BT tanks and T-34, the British Cruiser tanks, including the A-13, Covenanter, Crusader and finally Cromwell, as well as some experimental Italian designs.

I think the T34 was a derivative of the "BT" series and they were derived from the Christie. But the KV1 used a different suspension. Looked closer to the suspension used on the Mark 3 and Mark 4 Panzers.

WWII had started in September 1940 and endend in August 1946 instead? Would the technology on the ground, on the sea and in the air been much different you think?

When it comes to air I dont think so because the Luftwaffe was allready in the process of working there jet designs before the war even started. The US may have been a later starter than they allready were when it came to certain aircraft because there was no need for them until later under this scenerio. England I think may have been a little bit behind but would have caught up anyhow.

FLYBOYJ said:
I think the History Channel had something on this recently. If I remember right I think Stalin cancelled the program and had many of those involved shipped off to work camps - Imagine That!

I watched the documentary Secret Russian Aircraft of World War II and I still remember that the RP-218 suborbital spaceplane project (similar to X-15 in flight profile) to had to be shelved after Korolev was arrested on false charges of treason and sent to the infamous gold mines in Koloyma, and most RNII personnel were executed for treason. Details about the RP-218 can be found at this page:

What if the Heinkel company had shelved production of the He 177 in favor of the He 179 (or He 177B), since it had four separate engines and would have had none of the engine troubles bedeviling the He 177?
Last edited: Feb 3, 2020

What if the Gudkov jet fighter project had entered the hardware stage and entered production? How would it have impacted the air war on the Eastern front?

What if the Avro Manchester had never been built?
Last edited: Feb 3, 2020
You must log in or register to reply here.

B
What if: Alf Faddy recon/fighter concept