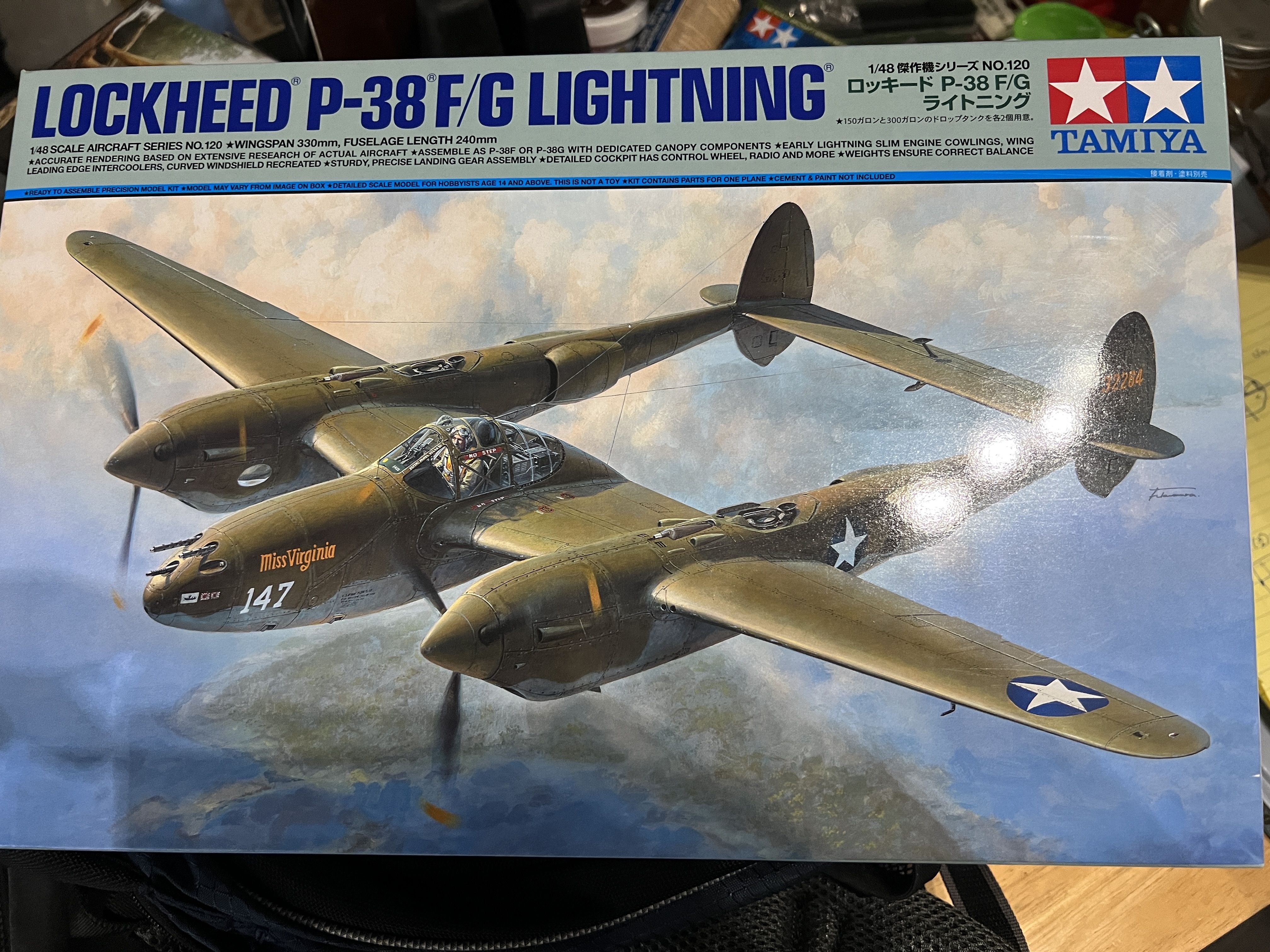 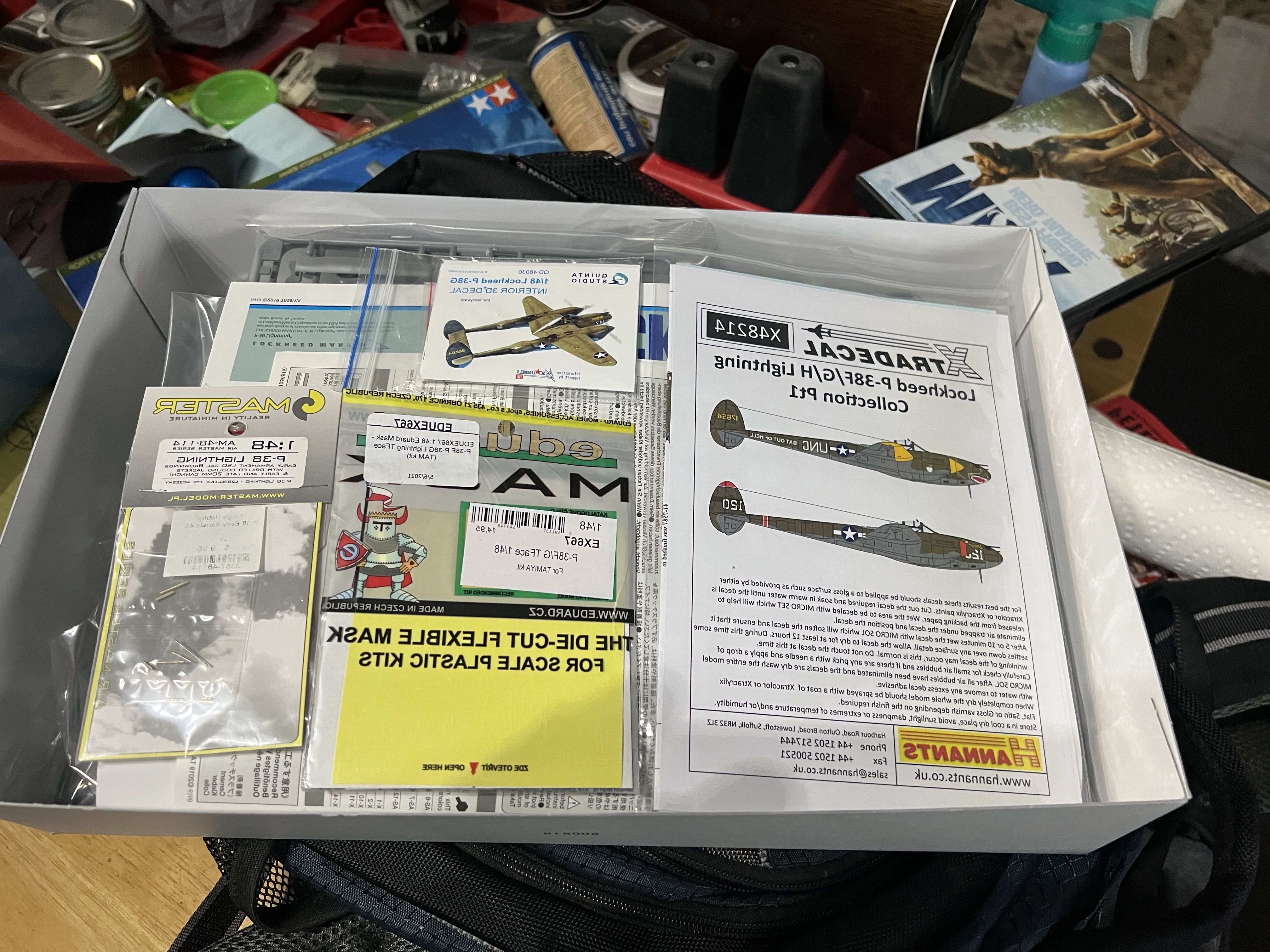 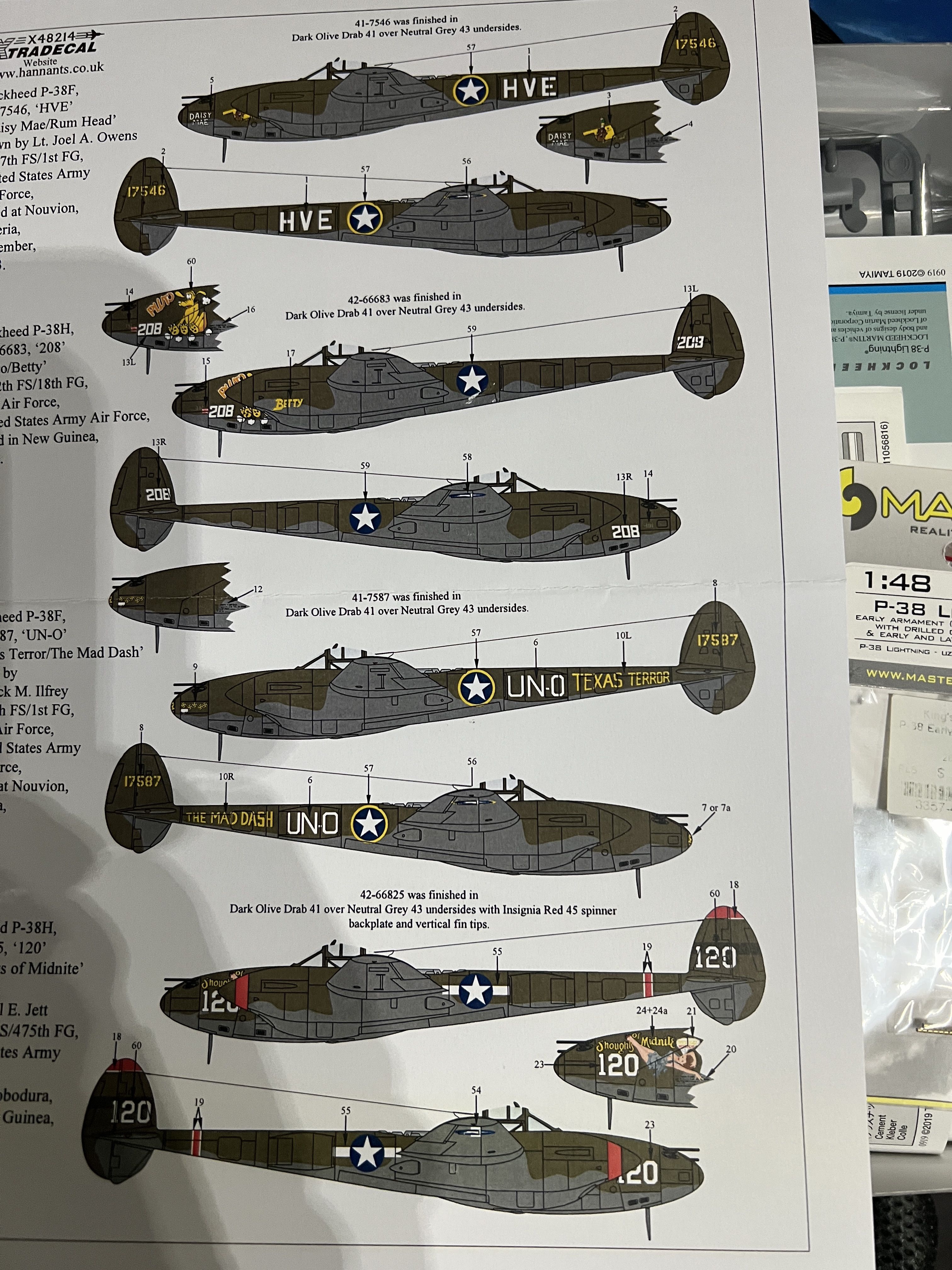 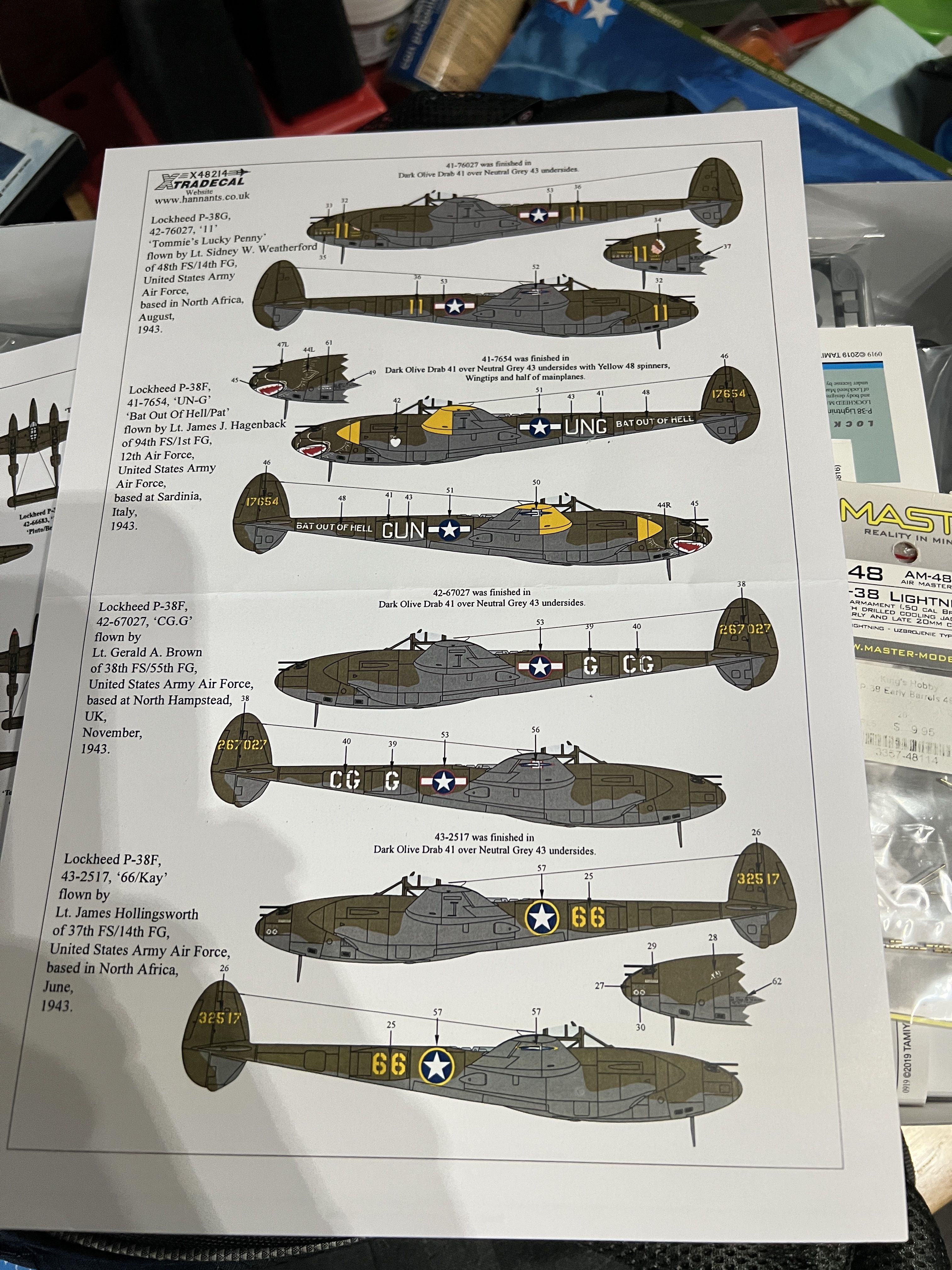 I have not yet decided on which markings I will use. I want to research the aircraft in the set and decide. I will keep you all posted on my decision. I am going to enjoy this build as it has been awhile since I have participated in a GB.
Last edited by a moderator: Nov 2, 2022

Nice to see you back. Looking forward to your action here.

Good to have you back in the stream, Your gonna love this kit!!!

Ok, it seems I need to select what markings before I can begin construction. There are call outs even in the first step for what parts to use for which version. So, I am doing a P-38G "Tommie's Lucky Penny" flown by Lt. Sidney W. Weatherford (See Below. So, this will be an North African based bird. So, desert sand weathering.
Thanks for the welcome back, Wurger, Don.

Great choice, love this aircraft and it's good to see you back, have fun.

Welcome back Dale. Looking forward to your work.

Welcome back Dale. Looking forward to seeing this one built.

Ok, I am going to attempt to post pictures every day during this build. All I have so far is a few cockpit parts primed and a layer of aluminum laid down for chipping. I also discovered that I had bought the Eduard Cockpit resin set. So, I am using the seat and the radio parts from that. Not much else in the reason set is worth using ATM. 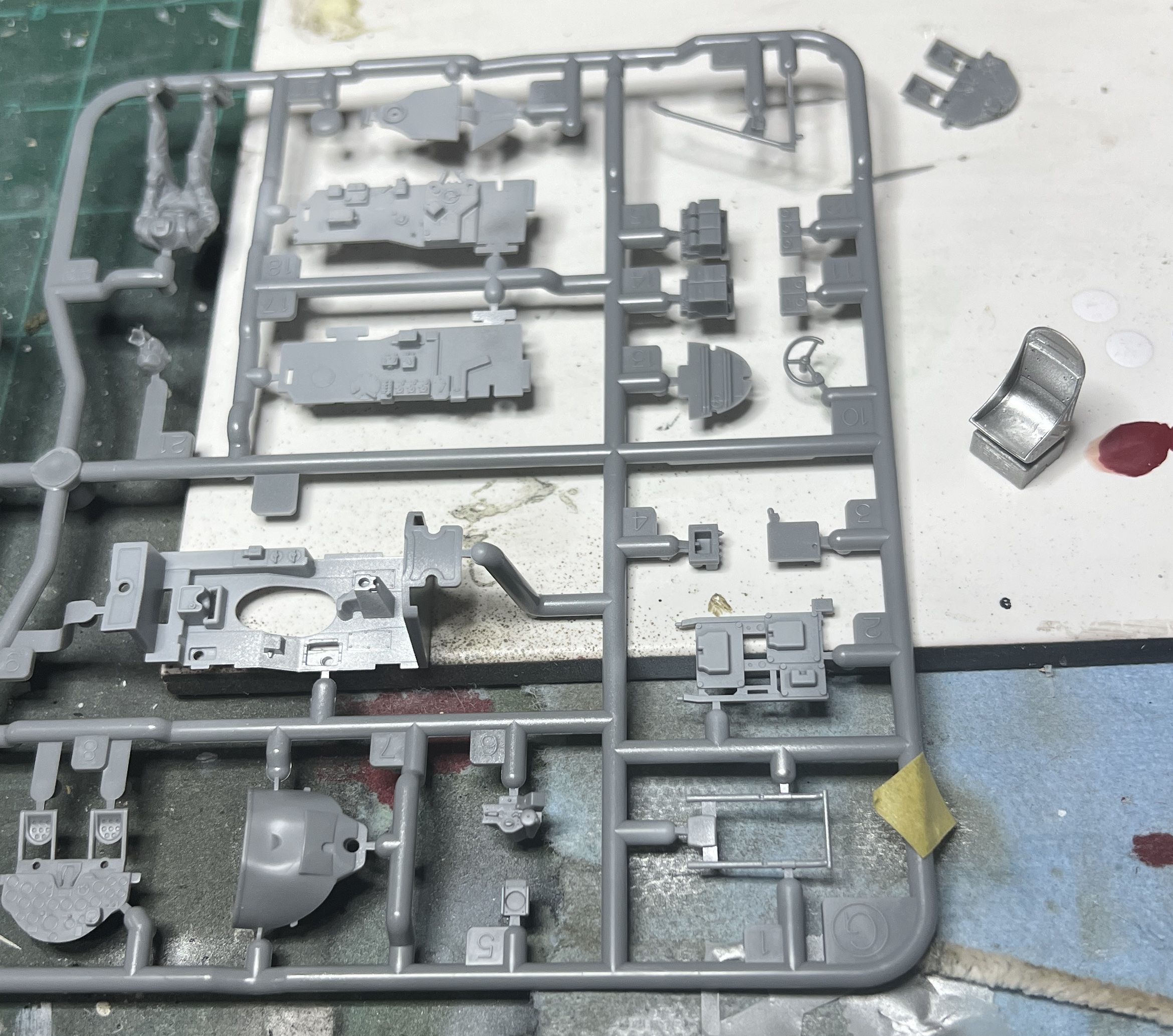 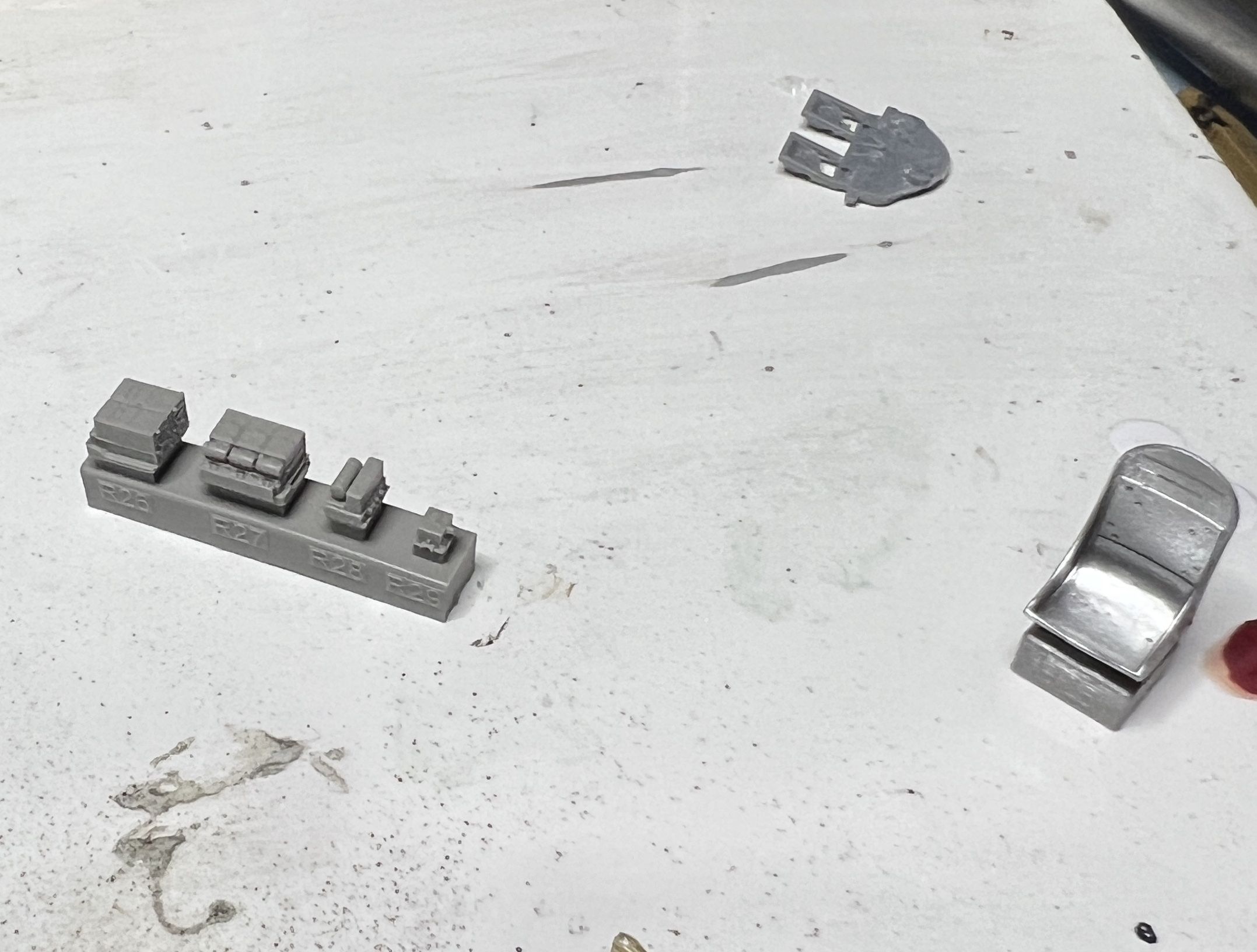 Ok, post for today, 5 Nov. I am working on the "base" cockpit. Slow and steady right now. I have the interior green laid and some pn the panels called out in black. I did some minor chipping on the floor and seat.
I started looking into weathering a North African plane (lots of sand). I am considering a mix of washes, "home made" pastels, the Tamiya weathering pastels and some subtle drybrushing. Not quite ready to start any significant weathering yet.
Thanks for stopping by.

Yep. you got all the right ingredients there for a desert dust storm, a bit of huff and puff a flick or two with dust and you will be home and hosed.

Ok, so I found a few tubes of oil paint that I have used over the years and some paint thinner. I decided to make up a sand wash and airbrush onto the cockpit floor. Yes, it seems a bit heavy right now, but I think a q-tip can be used to tame it a bit. If you look at the cockpit floor, you can see the wash settling into corners very nicely. That is the effect I am looking for with the "dust" build in those North African birds.

So, I think I have found a solution for weathering washes that will not cost me a fortune and will me allow to make up infinite shades. All for about 20 cents per small jar with the cost of the jars being the major cost per unit.

Some good potential there.

Yesterday at 5:41 AM
Jock Tamson

Tuesday at 5:27 AM
Airframes