Sorry Guys, left my camera at work yesterday.....and 1 Pic was blurred so will retake that one and add it in....

So here are the finished Pics of one of the lesser advertised aircraft flown by Oblt. Otto Schulz while attached to the Stab flight of II/JG27.

This aircraft W.Nr.10149 was marked with a Chevron and vertical Bar forward of the Fuselage cross and used for a short period in late May-beginning of June of 1942.

Schulz had a total of 48 victories marked on the rudder at this time, although he apparently had already claimed his 49 and 50th victories earlier on the 31st May.

Approximately 2 weeks later on the 17th June Oblt. Schulz after claiming his 51st victory, was shot down and killed while flying Bf 109F-4/trop WNr.10271, marked with a small single chevron, close to the fuselage cross. 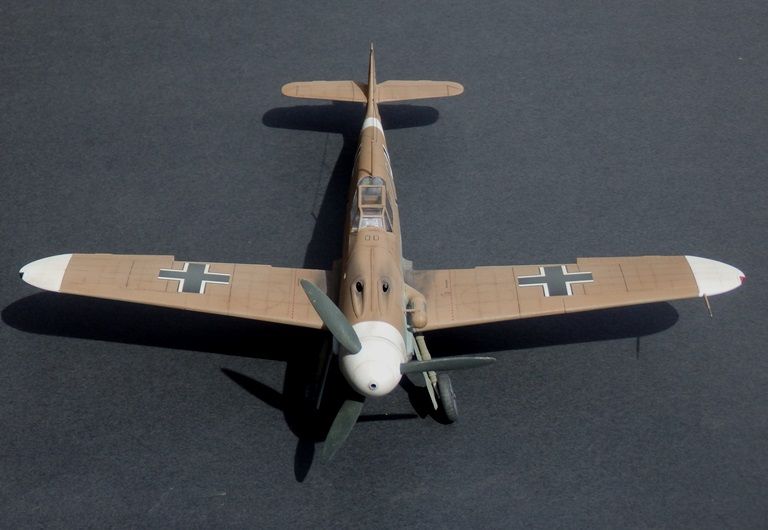 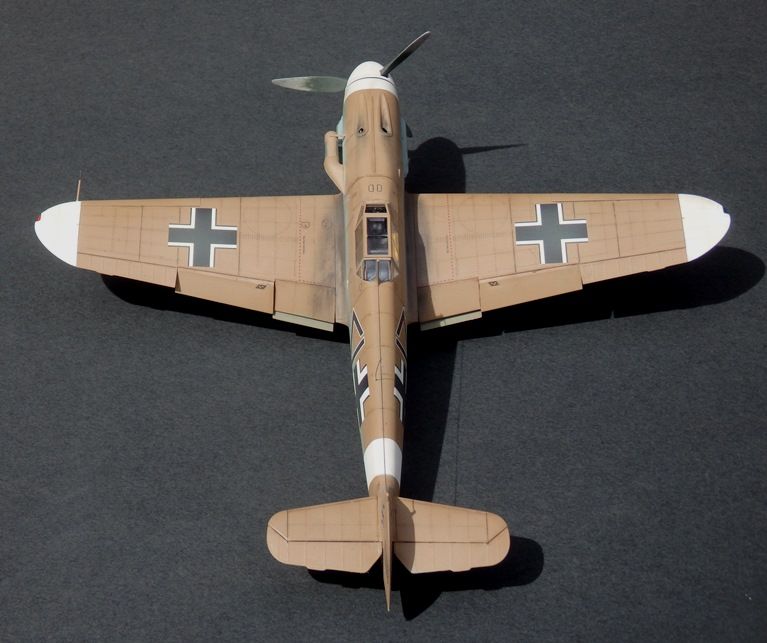 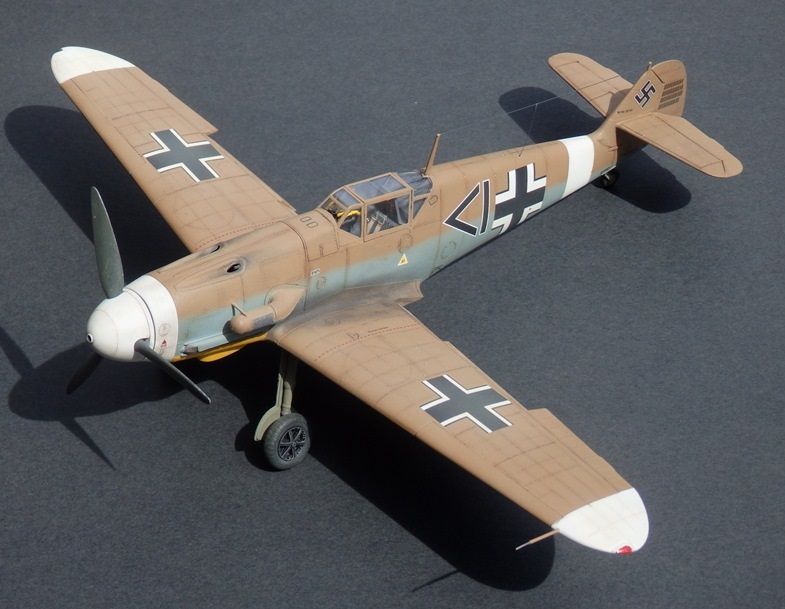 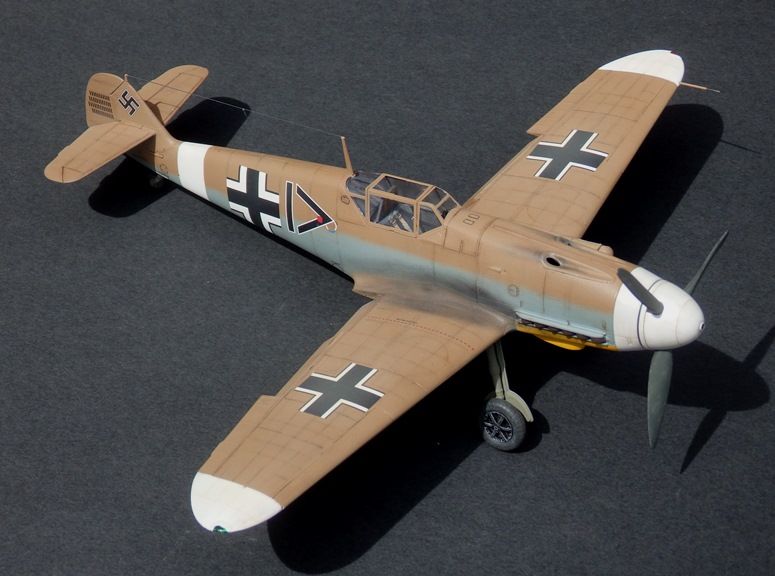 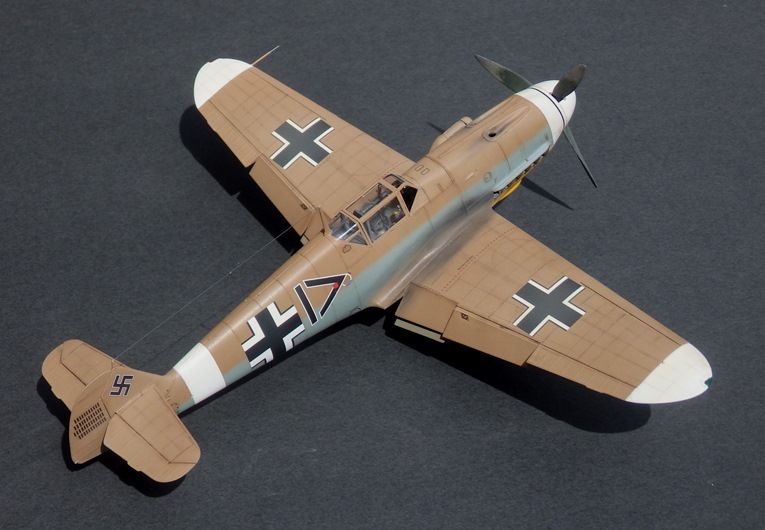 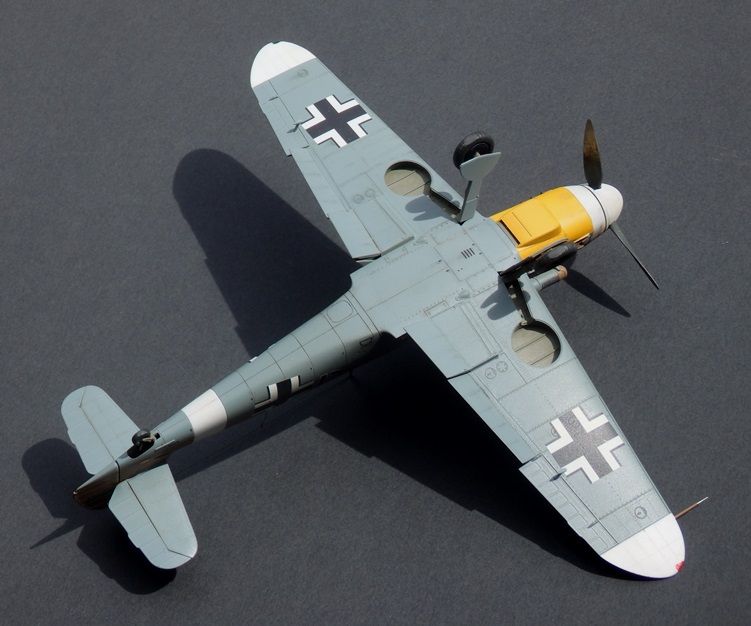 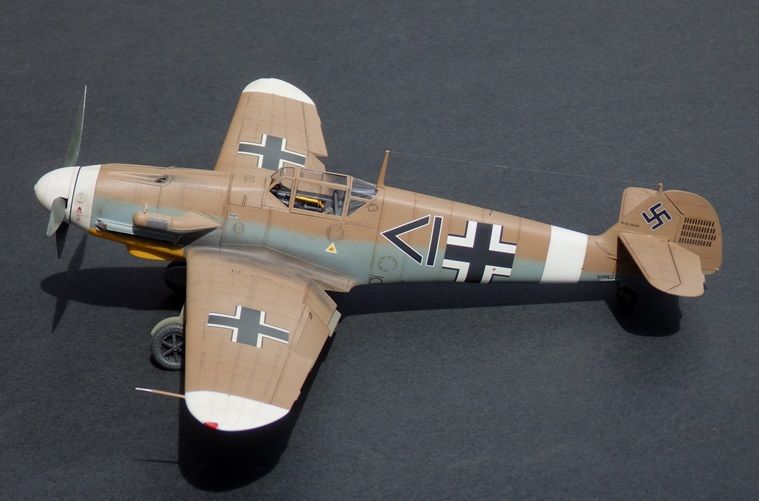 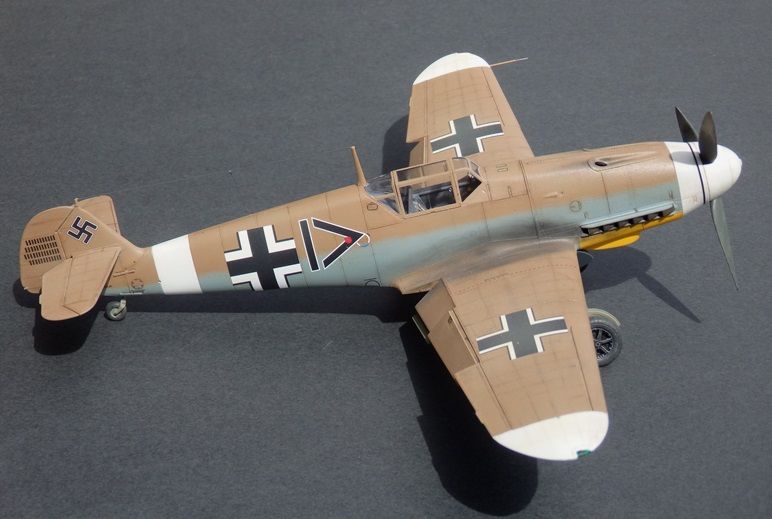 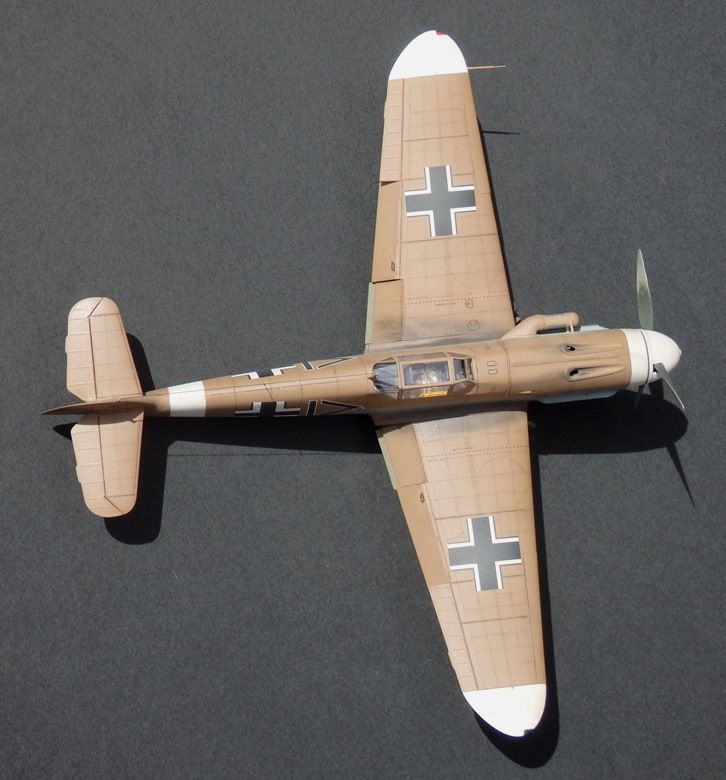 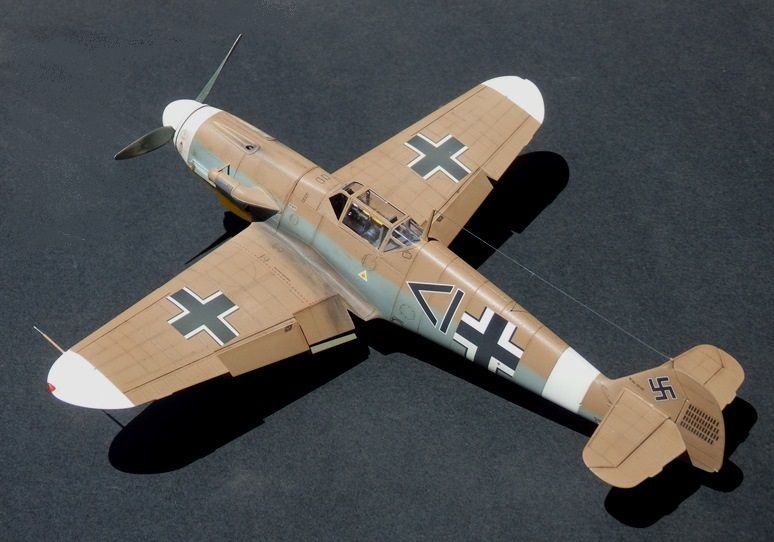 Sun finally came out the other day so I have now added Angle No.5 to the first thread of required images.

Thanks very much for your comments Guys, they are much appreciated.

Beautiful build. I'm still striving to get to this skill level...some day.

Thanks Ralph and Andy..!
You must log in or register to reply here.