This kit was Originally issued as 09104 in 1993 as new tooling,
then as 09105 with new parts. Other versions have followed.
My other build kit is a Tamiya, amazing how different the same planes kits can be!!! 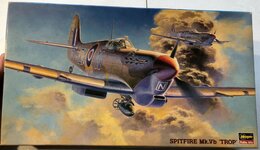 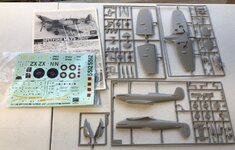 So as per my discussion in my Other Mk,VbT build. this one will be in camo with PM*K markings 126 Sqn.
Same Sqn as my other Mk.VbT. I just thought two camo versions would be interesting.
The art is done in black, the printing will be in Sky. All will reflect codes as done in the field. 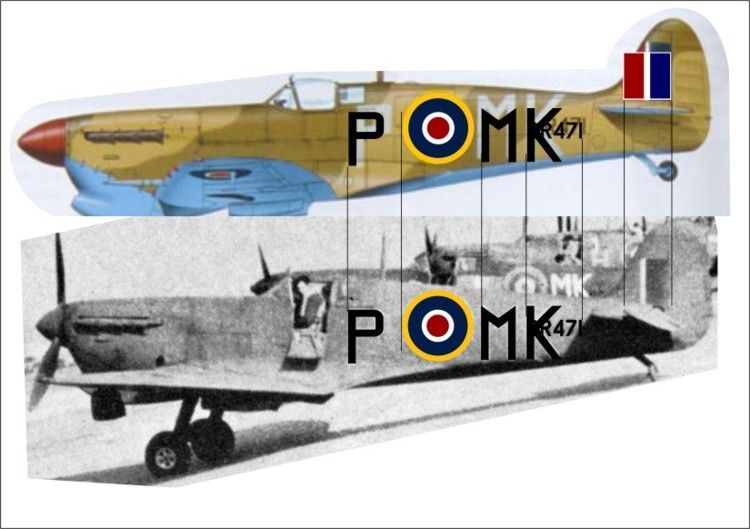 I would like to make a focus on that the code letter "P" wasn't applied at the same level the "MK" part of the code. It was moved down slightly while the "MK" up. Can you see? What is more, the "MK" code letters seem to be slightly "taller" that the "P" one. But it might be the optical illusion. Below I have marked the levels for the code letters.

More magic to come, good on you Bill.

A little bit-o-work today, lots tonight.
In another thread I mentioned kits are Creeping toward $100.
I've come to the realization we have brought it upon ourselves.
We Expect more, in the way of fit and detail and That comes at a price.
Fits are not too bad for a kit first bread in the 90's, but detail leaves a lot for Moi!
So first put the wing halves together, the tips are too fat, some filin anda sandin needed.
Cockpit, worked on the port side today! Before and after shots! I hope this works!!!! 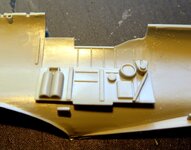 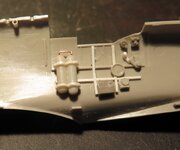 Nice work on the pit there Vic!

Totalize said:
Nice work on the pit there Vic!
Click to expand...

Bill's is pretty nice too.

Crimea_River said:
Bill's is pretty nice too.
Click to expand...

I claim old age setting in for that one.

Not a worry, I've no objection to the accolade! 😂

Great work, Bill!
It's almost like these are 2 different airplanes.
Kudos to you!

So the Other side of the cockpit, parts from the scrap heap, and spru!
Another before and after! Oh, and something from parts for the seat. 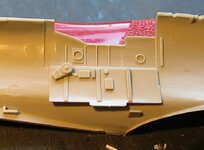 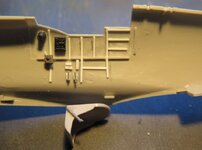 Thanks guys. This part I am notsogood at!
Dirtied her up, still some dirty work to do.
I am expecting 3D decal IP's for both builds, hoping tomorrow.
Then I can button them up. 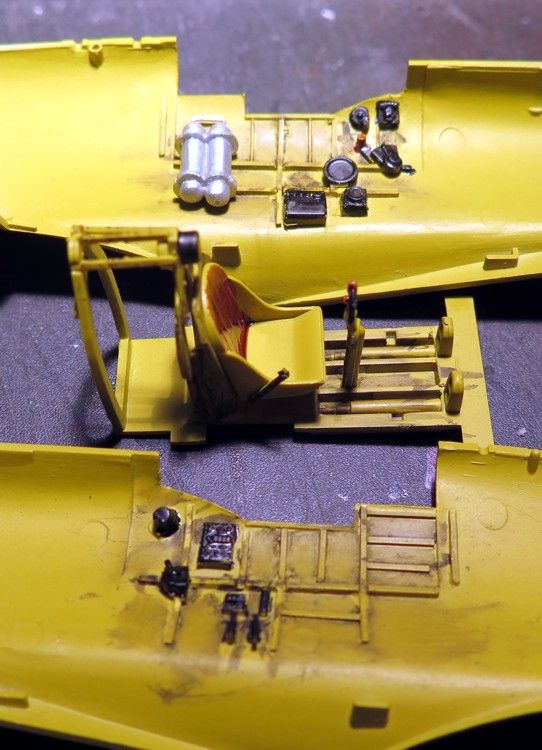 A tutorial on 3D decal application

So the Next thing I did was look on YouTube and found This. Basically I was thinking the same after trying to attach a Wet 3D decal, and That error made me go to You Tube.
ww2aircraft.net
that is more helpful, but my first attempt. First what they look like. 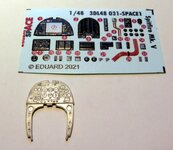 I then filed and sanded the area
this is how close they fit, nicely. 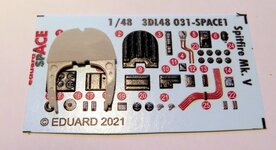 Then primed and painted Gloss Black.
But not sure it needs to be That glossy. 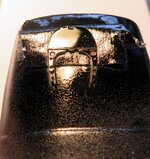 I then wet them and it really does only take a few seconds.
tried attaching with this, but found the decal needs to be dry.
Then applied ALL over a thin coat of ClearFix. I had it in my drawer!
It dries nice and seems to hold. The video uses Clear PVC.
I suggest viewing the video on my link. Post your experiences.
I'm happy with what they are!!!! 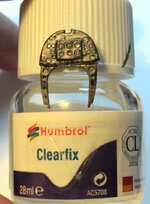